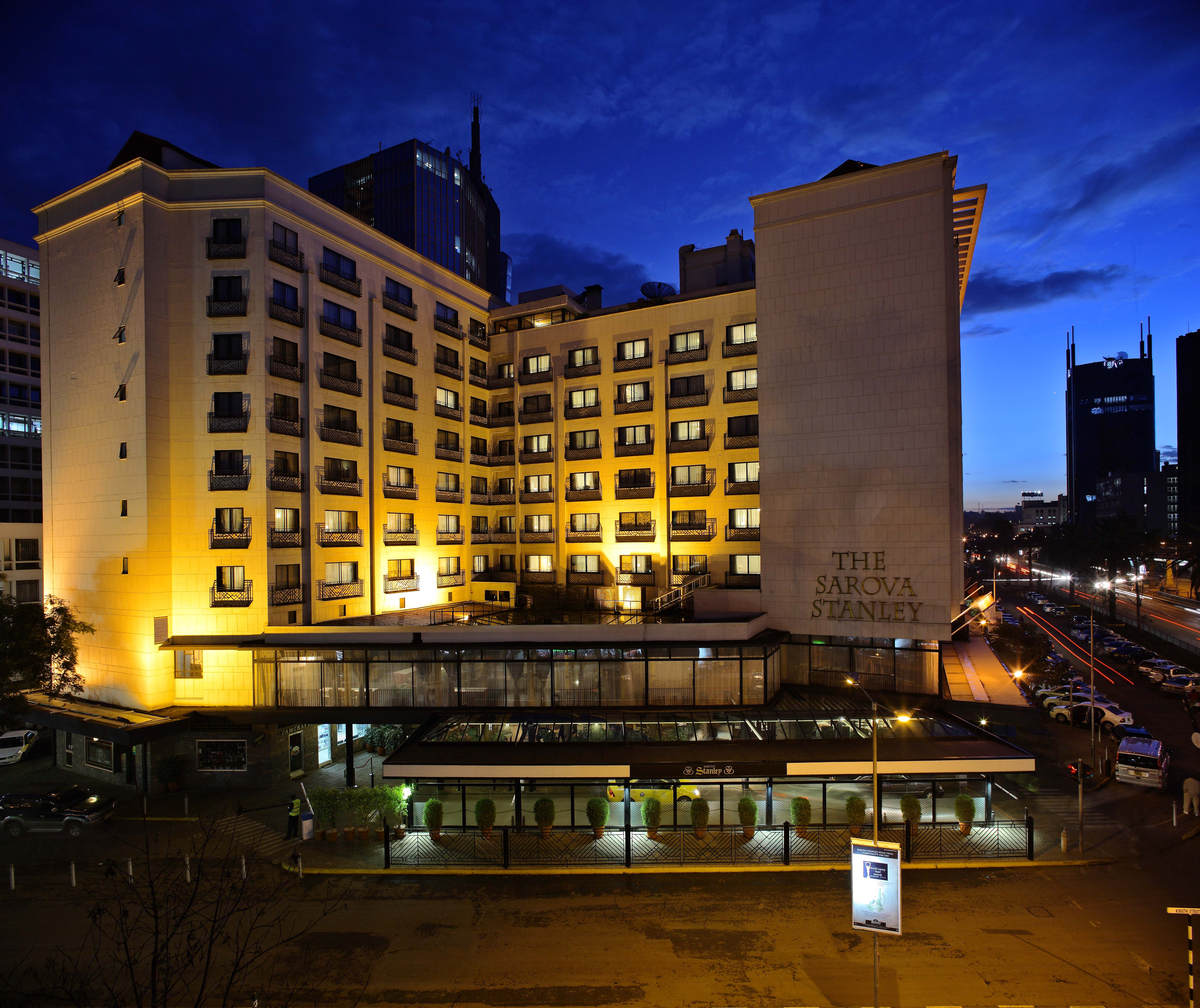 Hotel started off as a tin and wood six-room affair

The Sarova Stanley Hotel in Nairobi is etched in the history of Kenya.

Just over 100 years ago, Mayence Bent and her husband W.S. Bent came to Kenya and set up a structure to cater for the railway engineers whom she thought would make do with a place to eat and sleep.

The business flourished and she went on to expand it in 1905 on Government Road that is now Moi Avenue with 15 beds then. But as fate would have it, the hotel was burnt down with all other neighbouring structures due to a severe rat infestation.

As her entrepreneurial life was undergoing change so did her marriage life when she got a new partner, a Mr Fred Francis Tate, with who she bought a piece of land at the intersection of Delamare Avenue (Kenyatta Avenue) and Kimathi Street (Sixth Avenue) where the Sarova Stanley stands today.

Back then, the hotel was built of old wood and tin and had six rooms.

From these humble beginnings, the hotel has entertained a host of royal visitors, movie actors, musicians and writers just to name a few. One notable visitor, according to the hotel’s Managing Director Paolo Marro, is Princess Elizabeth in 1952. The fans at the Exchange Bar was installed just for her — with the only difference being that they were then operated manually.

Marro says that under these fans is a gramophone that was given to one renowned Danish author, Karen Blixen, who liked coming to lunch at this hotel in the 1920s.

The old-age hotel has also hosted classic Hollywood luminaries such as Grace Kelley, Ava Gardener, who was voted one of the most beautiful women in the 1940s, Clark Gable and Gregory Peck.

As a lavish oasis in the undisturbed Kenyan desert, the hotel has entertained royal guests, including a resplendent ball for His Royal Highness the Prince of Wales and the Duke of Gloucester in 1928, and a regal luncheon banquet for Prince Philip and then Princess Elizabeth during their world tour in 1952, shortly after which she succeeded to the throne to become the queen of England.

Others are Ernest Hemingway, who used to pen his stories right from the hotel’s Thorn Tree Restaurant. Some of his work includes Snows of Kilimanjaro, Green Hills of Africa, Short Happy Life of Francis Macomber and True at First Light, which is regarded as one his best works.

A spacious foyer with patterned marble floors, chesterfields, old clocks and ancient photographs all come together to transport guests to another era. The elegantly furnished guestrooms reflect this same welcoming and historic ambience.

217 individually appointed guestrooms couple the hallmark elegance of the Victoria Age with the modern amenities of the present. The 160 deluxe guestrooms and 32 club guestrooms offer the most spacious accommodations, having been built when sprawling land was abundant in Nairobi. Each room is designed in a classical style and reflects genuine Kenyan hospitality.

The suites are an intimate enclave within the Stanley and outshine all else in Nairobi, with each stately room named after a distinguished person or location in Stanley’s history.

The opulent penthouse Windsor suite accommodates the 1928 ball honouring the Prince of Wales and the Duke of Gloucester. Its royally furnished private terrace, expansive sitting room create the ideal space for entertaining.

To commemorate the Baroness Blixen — a Nairobi resident between 1914 and 1931, and author of Out of Africa and Shadows on the Grass — the Blixen suite is decorated with photos showing Blixen’s life in Kenya along with reproductions of her famous paintings.

Once a guest books the room, he or she is entitled to a huge bathroom, an express checking room, a fruit basket, a bottle of wine of choice, free check-in at US$ 800 for one or two people. This includes bed and breakfast.

Popular with honeymooners, the Lamu Suite takes its name from the exquisite Swahili/Arabic archipelago and island of Lamu off the coast. The suite boasts a four-poster bed, antique Lamu-style furniture, Lamu chests, a washroom for guests and a bucket of fruit for US$800 a night for one or two people.

Double suites are also available and each includes extra bedrooms, historic furnishings while the executive suites are perfect for long term visits. All have names that pay homage to Sarova Stanley’s distinctive past. A double suite costs US$200 per person a night, inclusive of breakfast.

Named after a single, centrally located Acacia tree planted by Nobel Peace Laureate Wangari Maathai, the thorn tree open-air café is in the heart of Nairobi. Its original tree shadowed guests like Ernest Hemingway who sat beneath it to “watch the world go by”. The tree became a makeshift post box for travellers who left mail pinned to its trunk. The café serves deli selections, wood-fired pizzas and continental dishes. For lunch at the café, one must part with at least Ksh3,500.

The Exchange Bar
Located on the 1st floor, this is where the first stock exchange was launched in Nairobi in 1954. The bar also famously took delivery of the first regional beer from the newly formed Kenya Breweries in 1922, which is now the largest brewery in East Africa. At the Exchange Bar, a beer costs Ksh500 while the most expensive wine at the bar (King George), which is served on white gloves goes at Ksh10,000 a tot. When someone gets a tot, a bell has to be rung. The bar can accommodate up to about 50 guests comfortably.

To catch a glimpse of the coast while grounded in the heart of the city, guests enjoy al fresco dining by the swimming pool at the buffet-style pool deck restaurant. Authentic Kenyan specialties as well as continental and Asian cuisine is served here, along with a special barbeque lunch on Sundays.

Unveiling the Samsung Galaxy A5

Spearheading a coffee revolution, one cup at a time