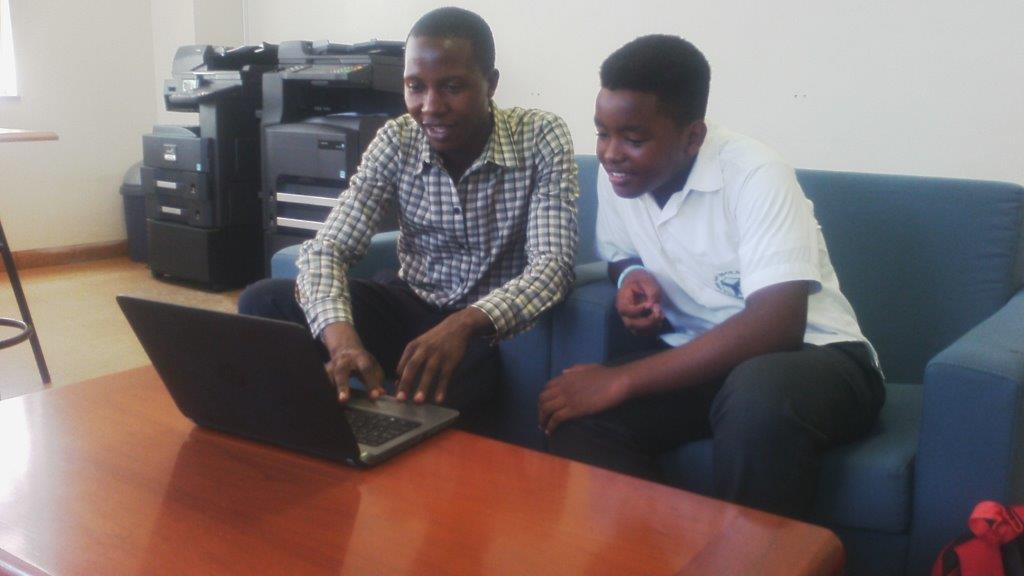 Telvin Kameta is not your ordinary Tenth grade pupil. At the age of 15, the Aga Khan Academy Mombasa pupil has accomplished what many at his age can only dream of. He has invented a bump detector gadget that aims to reduce road accidents.

“I have had a passion for saving lives ever since I started hearing about people losing lives on the road because of some causes that they can’t change,” he says.

The device, whose total cost of investment is yet to be established according to Kameta, is placed in front of a car at a given angle where it can be able to read any bump at a distance of 30 metres.

Once a bump is detected, an audio signal is sent to the driver through the speaker in the vehicle. A light signal (usually LED) is also sent simultaneously so that if the driver cannot hear the sound, then they can see the light flashing.

This will continue until the bump is passed. Therefore, the driver cannot ignore this important signal as they are driving on.

This, he says, will help the driver to avoid instant braking and hence the injuries caused to the car occupants as 30 metres distance is a suitable distance to receive the signal.

It was not a smooth sail to success. Kameta says though it took him about 10 months to assemble this gadget, he felt as if he had spent a decade working on it.

At some point when he was assembling the gadget, and as he was just about to call it a day, he realised that some parts were not properly fixed. He had to start afresh.

“The whole project was time consuming. It took me a long time to figure out how the gadget will operate and which idea can take me far after the project is done. I also needed to know how to operate the gadget well,” he says.

Contrary to the expectation of many, Kameta has no plans at all to start selling this gadget. He says at the moment, his main focus is to sensitise the public about the importance of this gadget before he can settle on where, when and the cost incurred while buying this gadget.

“We will see who develops interest in this first then assess their implication in the partnership. We are ready to help our world by solving problems that we can. If key industries can help us meet our goals, then we won’t hesitate to partner with them,” he says.

“It is amazing to see how curiosity, interest, focus and determination led to this wonderful innovation. Personally, I feel it is mission accomplished because we started small and tried to keep changing a few things every time we researched, until we got to where we wanted. It was a long process, but finally we tested the product and it worked. I am overwhelmed with joy,” says Wilfred Masese, supervisor behind the project.

He describes Kameta as a focused and enduring researcher who likes inquiry and is always caring, especially on issues of local and global significance.

“He is very reflective of his learning process and failure to accomplish a goal will always prompt him not to give up but as a learning moment for him to rethink. He has commitment to community service especially to the wellbeing of humanity,” he says.

Asked if Kameta would have achieved all this if he was not studying at Agha Khan Academy Mombasa, Masese enthuses that unlike other institutions, their main aims is to nurture leaders who are ready to tackle issues through a caring thought process.

“They are inquirers, thinkers, communicators, stewards, risk takers, reflective, principled, open minded and knowledgeable to mention but a few,” he says.

“Kameta is a budding scientist and I see him getting close to the Edisons and Einsteins of the scientific world. His commitment to research, resilience and open-mindedness has been and will be pivotal to his milestones in the scientific field. Given the opportunity and necessary support especially to his innovations will help in nurturing his curiosity in solving global issues,” concludes Masese.

He spends most of his free time doing scientific research.

He does well in Sciences, Mathematics and Sports especially basketball and swimming.

According to his supervisor, he has demonstrated significant growth in performance in the past two years.

Learning will now be as easy as ABC