How STIL Plans to Meet the Region’s Demand for Steel

The Steel and Tube Industries (STL) Ltd, one of Uganda’s leading steel companies, is repositioning itself to meet soaring demand across east Africa

Production of steel in Uganda is expected to rise by a couple of millions annually in the coming years. This presents an incentive to investors looking at the country’s steel industry. For those that are already in the industry, it is time to upgrade their capacities to meet the demand.  Steel and Tube Industries (STL), one of the largest steel companies in Uganda, became the latest company that increase its production. The firm commissioned the first phase of its US$ 80 million plant, an addition to its Namanve steel plant on the outskirts of the capital Kampala.

The plant will produce galvanized wires, roofing sheets, nails and reinforcement bars for concrete. At full capacity, it will produce over 60,000 metric tonnes annually. According to Joseph Yiga, the chairman of STIL, the new plant is part of the company’s strategy to meet the current demand for steel not only in Uganda but the entire sub-Saharan African region where demand is soaring due to increased construction activities.

Similar to most sub-Saharan Africa countries, Uganda has in the recent times shifted focus to the country’s infrastructural development as it seeks to achieve middle income status by the year 2040. This has seen the government launch multimillion dollar infrastructure projects across the country, including construction of various dams like Isimba, Karuma, the upcoming Standard Gauge Railway (SGR), and the Entebbe express highway.
For STIL, this is not only a business opportunity, but also a chance to play a greater role in the overall development of Uganda. 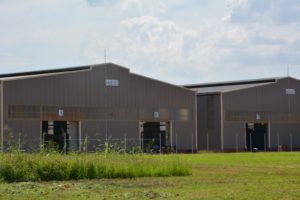 Incorporated in 2003, the company began with bulk manufacturing of steel products. Six years later, it took over the businesses of Hardware Deals Uganda Limited. And today, it is one of the leading players in the steel business.
As of today, the company sells 75 per cent of its products, which include pre-painted iron sheets, galvanized iron sheets and hot rolled materials like hollow sections and wire nails through its 10 outlets distributed in the country. The remaining 25 per cent is imported to the neighbouring markets.

The chairman believes if the company utilises its capacity, then it will be more competitive in terms of unit cost.
He argues that what makes Uganda an interesting market for people looking to invest in the steel manufacturing industry is because the country’s incentive regime is structurally embedded in the its tax laws.

This, he adds, makes them non-discriminatory and available to both local and foreign investment. Also, the country’s political environment has been stable. It is also blessed with highly skilled and trainable manpower.
Uganda also offers special incentives to the mining sector with some capital expenditures being written off in full in attempts to ease doing business.
Additionally, the country’s geographical position gives companies such as STIL a strategic commanding base to be a regional hub for trade and investment. Uganda is bordered by Sudan, Kenya, Tanzania, Rwanda and the Democratic Republic of Congo in the west.

Yiga says they are hopping that the conflict in South Sudan and the Democratic Republic of Congo, which are the key export markets, will be resolved sooner. “The conflicts have seen the demand for steel products such as rolled steel, steel sheets and bars drop exponentially,” he says.

It is estimated that South Sudan, Burundi, Rwanda and the eastern part of DRC account for about 35 per cent of Uganda steel exports. The other challenge is energy costs and the absence of reducing agents such as oil or natural gas to reduce the iron ore into steel. Yiga says the high cost of energy and the unstable power supply increases the cost of doing business. On average the firm uses up to 20 megawatts of power. 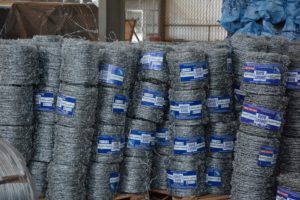 While the government continues to work towards eliminating these challenges, STIL has come up with creative ways of cutting energy costs. “This year we have bought new machines that consume less power. But this is not enough as there are some processes that are still energy intensive,” says Yiga.

Besides the high costs of power, cost of imported raw materials and competition from cheap low quality finished products also present critical challenges. However, the recent discoveries of iron ore have also made Uganda an interesting market for steel manufacturers. Yiga says STIL will be seeking mining license in the near future. This, he adds, will enable the company lower the cost of raw materials it currently uses. “We currently import billets from South Africa, which is quite expensive for us. We believe while we start the mining process we will substantially cut cost while saving the country foreign exchange.”

The establishment and the upgrading of the steel rolling mills have led to the creation of jobs both directly and indirectly. The local production of finished steel products has also meant that hard currency that would have gone into importing the products has been saved. “Uganda’s steel market is growing between 15 to 20 per cent per annum and our idea is to sufficiently supply the market in the years to come,” says Yiga.

However, he feels that more needs to be done. Particularly, he says, the government needs to ensure that policies that govern cheap imports as well as local contents are implemented.
Last year for instance, the country awarded contracts for construction of two major hydropower projects worth US$ 2.3 billion to Chinese firms — a decision local steel industry players say denied them access to the business since the contractors import the required steel from China. “As Uganda steel manufacturers association, we continue to lobby for such opportunities from the government and we believe this will be considered in the upcoming projects,” says Yiga.