He hopes to turn the wheels of the nascent aeronautical sector in Africa; being first black to manufacture an aircraft in his country 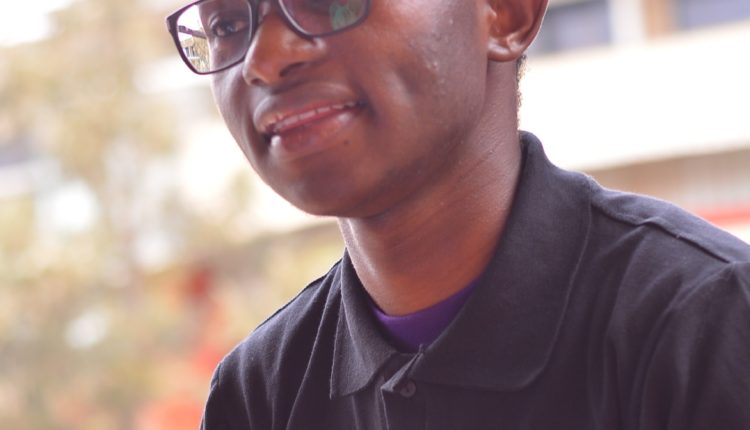 Henry Ford, the American industrialist who founded Ford Motor Company said, “The air is full of ideas. They are knocking you in the head all the time. You only have to know what you want, then forget it, and go about your business. Suddenly, the idea will come through. It was there all the time.”

Evan Carmichael, a consultant training entrepreneurs on best business practices, advises: “You may have great business ideas but if you never take any action on them, you have nobody but yourself to blame.”

Farai Nechikwira, a 20 year-old Zimbabwean, seems to be taking note of these key points. Not only has he conceptualized an idea that may revolutionize Africa’s aeronautical sector, but he has also set plans in motion to capture the attention of investors.

Despite the long strides some countries in the West and East have made to manufacture and commercialize aircrafts, the young man wants to build an aeronautical company and become the first black to run such an industry in his country, being pioneer of what many African states have been unable to do.

He says his interest the aeronautical space was sparked by the deplorable state the aviation sector in his country had degenerated to. Many planes lay idle in airstrips with limited mechanical attention. The situation was at some point going to force his government to cut cost from outsourcing expertise into focusing on locally available services. This is an opportunity he was not going to miss.

“Nearly everybody knows that in Zimbabwe the aviation sector has been operating under loss for decades. I decided to take the plunge into developing an aeronautical engineering firm to offer the services that could not be accessed by Civil Aviation Authority of Zimbabwe,” he says.

To raise start-up capital to facilitate these long-term plans, Farai says, FASA is to start by manufacturing small but critical air parts, service, maintain and repair broken down aircrafts.

And on why he has set focus on investing in this particular sector at such a young age, the scientific entrepreneur reckons his childhood, a time when his interest in science was triggered.

Born in May 1997 in southern Zimbabwe, Farai grew up trying to make new things out of something that did not exist. He remembers making mobile automobiles enhanced with few electronic gadgets gathered from discarded devices.

“My scientific journey began at the very tender age of 9 years. I was always amazed with how planes could fly, what made cars move, among other automobiles. I began making my own wire cars, and sometimes modified them with discarded electrical and electronic gadgets,” he says.

In school, he found a soft spot for science subjects, winning several accolades at science expos and gold medals in the National Science Olympiads.

The fact that he was raised from a low-income background motivated him to work extra hard in class, with the belief that there were better yields to be harvested from the fruits of education. This spirit would later enable him become best student in Masvingo Province at O levels, and earned him 4 As in A-level studies few years later.

Buoyed by the exemplary performance in science disciplines, Farai opted for aerospace engineering as his specific focus, an area he careful chose due to its rich investment opportunities left unexploited by many African countries.

He successfully got a scholarship to pursue a Bachelor’s degree at prestigious university Universite’ des Frères Mentouri Constantine in Algeria, and now looks for investors to actualize his dream company.

Early January 2018, the ambitious student applied and was fortunate to be selected among few other young African entrepreneurs to participate in the Kwese Gogettaz Competition. The competition is the brainchild of African billionaire industrialist and philanthropist Strive Masiyiwa, with a grand prize of $100,000. The winning idea has to prove that it can create employment opportunities and be poised to revolutionize Africa.

The opportunity was Farai’s first step to reaching out to external capital injections. Other than such calls, the entrepreneur says he has partnered with some of his engineering lecturers as well as other professionals to attract technical assistance. He’s also developed an interactive website that disseminates information to partners and investors.

Just like America’s Wright brothers who invented the first modern commercial planes after years of failed attempts, the young entrepreneur sees a brighter future beyond potential challenges. He believes the most powerful weapon for a successful business is determination to drive a viable idea to fruition.

“Ordinarily, it seems impossible to set up an aeronautical manufacturing plant as successful as Boeing. I think two things drag us as Africans. First, everyone thinks it needs billions of dollars to setup an aircraft engineering firm; but think of Boeing Company!

It started by making gliders from a simple and cheap homemade workshop. Now everyone cheers the majestic airbus born from the company. We fear to dare the seemingly impossible things as Africans, especially when it involves large amounts of money,” he argues.

“Sadly, most African countries are still developing, which means dividing some funds to the complex aviation sector is the last thing they would resort to!”

It’s for this hurdle that Farai says they’re starting small: “Through the manufacture of small, but critically needed aircraft parts, and a major breakthrough, making drones with poverty eradicating uses. In the future, we hope to manufacture an aircraft from scratch, and even launch satellites to space.”

The idea, however, comes hot on the heels of many failed attempts by amateur aviation enthusiasts who have in the past tried to create planes and helicopters.

Four years ago, 20 year-old Onesmus Mwangi publicly unveiled a 25- kilogramme ‘helicopter’ he built from salvaged scrap at his Magomano village in rural Kenya.

The ‘helicopter’, whose propellers were powered by an engine that once milled animal feed, and held together by aluminium bars, bolts and plastic sheets bought from a local shop, had taken up more than seven months of hard labour to be built. This was coupled up with an investment of about Ksh57,000 (US$570).

The machine did not match aviation standards and was later banned out of the danger it was deemed to cause to the operator and ‘passengers’.

“I built the helicopter to showcase my talent, hoping that people would invest in me and give me an opportunity to build bigger and better things,” Mwangi was quoted saying.

And just like him, many more have come up with ideas; some tinkering, others mimicking, fabricating or inventing, but most have failed mainly due to lack of money and time, experts say.

Farai, however, believes this has been his dream since childhood thus he’ll pursue it to the end; being first black to run an aeronautical company in Zimbabwe. He may just turn out to be Africa’s next brilliant brain.