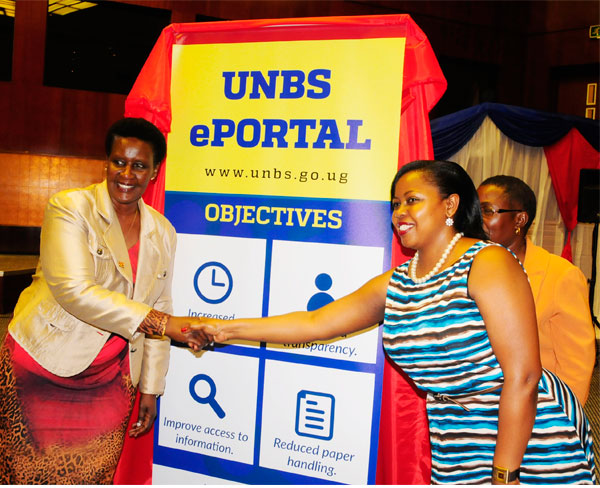 Adulthood begins at 25. And no organisation knows this better than the Uganda National Bureau of Standards (UNBS).

Created  in 1983 through an Act of Parliament, its aim was to develop and promote standardisation, quality assurance, laboratory testing, and metrology to enhance the competitiveness of local industry, to strengthen Uganda’s economy, and promote quality, safety and fair trade.

Back then, it was operating from one-room office in Uganda’s Industrial area, a sharp contrast from its current state-of-the-art headquarters in Jinja Road, Kampala.

But it was not until 1989 that a Bill was passed in Parliament that anchored UNBS in law and gave it some level of autonomy. The Standards Act also created the National Standards Council (NSC), which is the agency’s policy making body.

“Standards promote public good, enhance competitiveness and contribute to a liberalised global trading system.  It therefore enhances the production, distribution and management of all goods and services,”
says UNBS Executive Director, Dr Ben Manyindo, the man at the helm of the institution as it celebrates its 25th anniversary.

Since its establishment, UNBS has left an indelible mark. For instance, it has developed over 2,650 standards, certified over 300 industries with about 650 product lines. They have also reduced the adulteration rate of fuel in Uganda from 28 per cent to 5 per cent.

The institution has also developed the National Quality and Standards Policy which came into effect in 2012. It sets the framework of standards not only at national but also at the regional and international level.

As if this is not enough, the 1983 law which established UNBS has been amended to fit into the current regime of business dynamics. This is because back then, the business dynamics in Uganda was government oriented.

UNBS has slightly over 236 employees, approximately 75 per cent of them technical staff. It had about 65 employees in 2013.

“The journey has been long and winding but we are happy to note that more people are beginning to appreciate what standards are in this country,” he says.

But despite its success, UNBS is facing a myriad of challenges. For instance, the institution cannot test up to 500,000 out of an estimated one million weighing scales as well as measuring instruments such as fuel pumps.

This implies that some traders could, therefore, be cheating customers by giving them smaller quantities of items than they pay for.

Also, UNBS can test only half of the 100,000 imported goods such as electricals, tyres and helmets. To make it worse, the institution is only in a position to test 500 of the 3,000 products manufactured in Uganda.

According to Dr Manyindo, this is partly because the institution doesn’t have enough staff and funding from the government to adequately execute its  mandate.

For instance, he says UNBS has slightly over 40 inspectors for the entire country while  at least 120 are required.

“Importers have an option of clearing their goods at 165 customs stations in Uganda, including at inland container depots. We have 40 officers. You can see 125 stations remain unmarked,” he says.

According to the National Budget Framework Paper for the financial year 2016/2017, UNBS will need Ugs24.8 billion for quality standards and quality assurance.

Of this figure, Dr Manyindo says the government is expected to contribute over Ugs12.4 billion and development partners will provide a substantial amount. The rest will be raised from the bureau’s commercial activities.

However, to be able to police efficiently, the parastatal is embracing technology with the launch of an electronic verification system to enable consumers check the details of the products they buy using their mobile phones.

The e-tag system, which was launched late last year, is as a result of collaboration between the UNBS, Ministry of Agriculture Animal Industries and Fisheries, Ministry of Trade and Cooperatives, agro-input businesses and manufacturers.

E-verification for agro-inputs is intended to provide real time information to help the buyer make an informed decision before purchase.

Before buying a product, for instance, fertiliser, herbicide, seed or an agro-chemical, a buyer will scratch a silver panel on the product to reveal a unique code and send that code to the number provided on the scratch panel.

A message is sent back to the consumer informing them of the product details and whether it is genuine or not.

Also, because the call is free, genuine agro dealers are in position to verify the product for their customers.

Going forward, in the next five years, Dr Manyindo hopes the government will provide adequate resources to be able to implement policies such as the National Quality and Standards Policy.

Secondly, he hopes that there will be an appreciation of standards by all. “ I hope that standardisation will be mainstreamed in all government departments, programmes and projects,” he says.

Teaching the youth how to fish