How this dying data centre bounced back 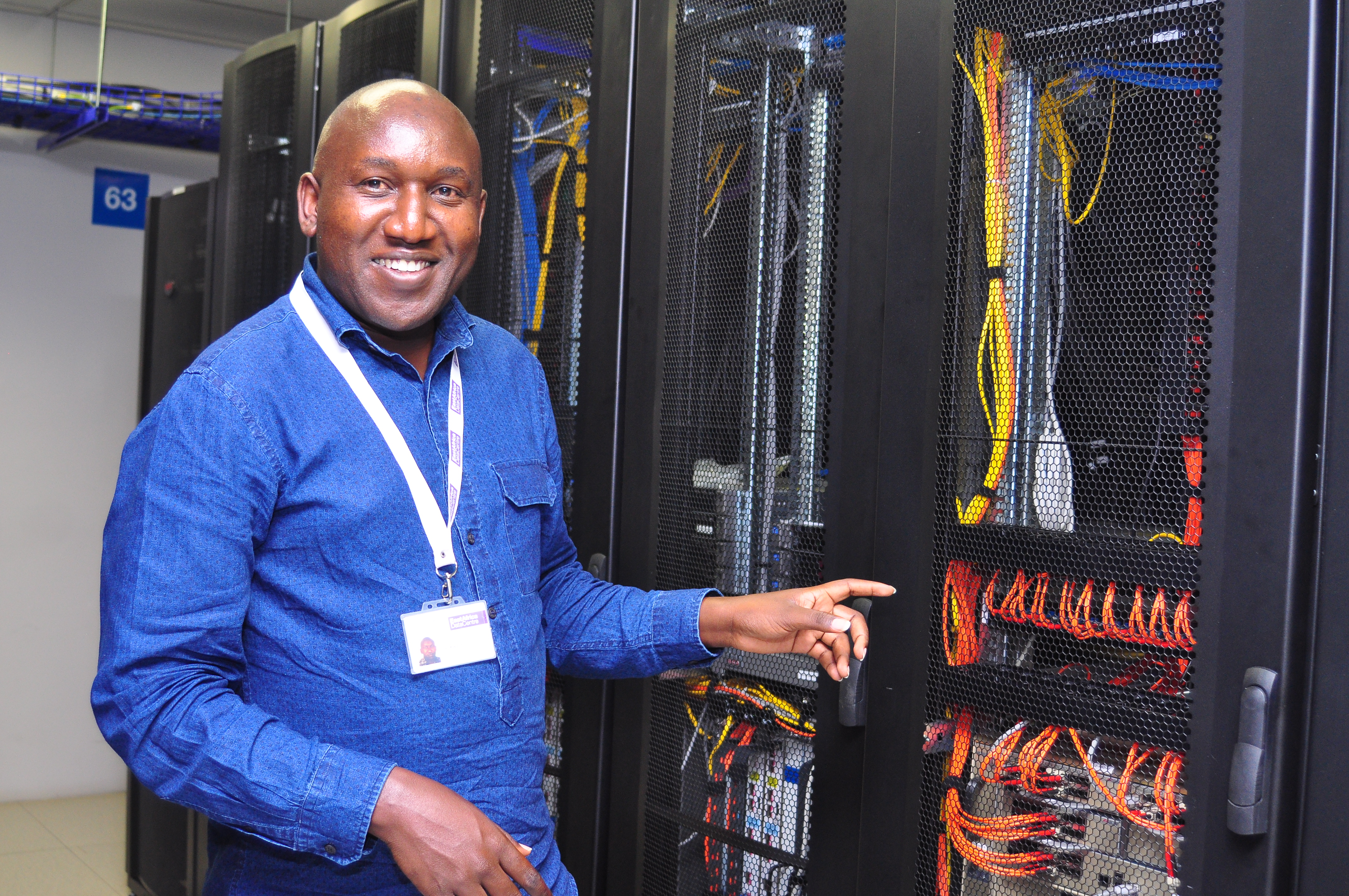 Firm bought by Liquid Telekom was on its deathbed three years ago. Now it is revolutionising business and IT in Africa

The firms included Kenya Data Network (KDN), a private telecommunication service provider in Kenya with networks in Uganda and Rwanda. KDN had actually made a loss of US$27 million and data from the regulators shows that its market share had dropped to 23.4 per cent in March the same year from 30.2 per cent in 2012.

“Things were tough. We lost a number of major clients to our competitor and we were not making money,” says Dan Kwach, General Manager, East African Data Centre.

He says when Liquid Telekom bought the KDN assets, one of the immediate things they did was to make the data centre a carrier neutral co-location environment as this is the only way through which one can make a data centre commercially successful.

“You do not need a data centre that has stronger bias towards a certain communication service provider,” he says.

With that effected, they had to find a name for the first carrier neutral data centre and they settled on East African Data Centre (EADC).

“It is not by coincidence that we settled on this name. It’s because we already have connectivity across East Africa. However, this does not mean that EADC will solely operate in East Africa. We have taken a local name but we have a global objective. This is because at the moment, EADC does not only host East African customers but it hosts a global market,” he says.

“We have global carriers, global connectivity service providers, global enterprises, global cloud vendors hosted within our network and all this has been made possible by the fact that we have submarine connectivity between Mombasa and Nairobi and specifically to EADC live and active,” he says.

So what does it take to build a data centre? Kwach notes that for their case, they had to check through the available information on how a data centre is build. He adds that they also travelled outside the country, primarily to Southern Africa which had data centres as old as 20 years then.

He says when they returned, they came up with a list of best practices of a data centre from a design point of view and operations point of view. For their case, they were looking at design with a strong focus on how they will get to operate the facility.

The other factor that one needs to take into account before establishing a data centre is finance, thus they invested Ksh1 billion.

“When starting, do not look at the initial capital that you need to spend but look at the total cost of ownership. This means you have to look at the cost of putting up the facility, the cost of maintaining and refurbishing it,” he says.

Unlike other neutral data centres in the region, EADC is unique. First, it offers the perfect hosting location for both Africa and international companies that need to protect their business critical applications and data in Africa.

Located at Sameer Industrial Park on Mombasa Road in Nairobi, the data centre has access to carrier networks across Kenya; long distance fibre routes to Uganda, Tanzania, Tanzania, Rwanda, Burundi, Ethiopia and Somalia, as well as diverse fibre routes to the cable landing stations in Mombasa.

The data centre is designed from the ground up to provide the perfect environment for stable day-to-day running of communication equipment and application systems.

It offers global clients a cost-effective state-of-the-art hosting facility for all their data and communication requirements. The Nairobi location is perfect for companies hosting services and those in need of a POP solution in East Africa.

The data centre covers a total of 2,000 square metres across four 500 square metre floors. Each floor can hold up to 160 racks, ensuring a maximum of 1 rack per 3 square metre of floor space. Customer racks are installed on a raised floor with a maximum clearance of 900 mm capable of supporting a floor load minimum of 1,200 kilogram per square metre.

“N+1 power is provided at the site with design provision for two manual commercial power ring feeds diversely routed. N+ 1 diesel engine are capable of supporting the site sufficiently with a fuel reverse to run the data centre for 48 hours,” he says.

Power continuity is ensured by parallel redundant UPS system. Each UPS bus is designed to support full floor load in case of failure with a one-hour back up period.

Temperature is maintained at 22+/-2 Degrees Celsius with relative humidity of 50 to 60 per cent. The cooling system has its own standby generator.

To ensure that there is maximum security, physical and electronic systems were installed including metal detectors, proximity card readers, Biometric access control plus turnstiles at various manned points. There is also continuous recorded and archived CCTV of all zones and cabinets.

Some of the services offered include secure and reliable space for dedicated hosting,interconnect services, collocation, disaster recovery, network-based services, applications and cloud services to carriers, network providers and enterprises from across the continent.

“East African Data Centre has been specifically designed to meet the needs of different business segments from across the continent. Our  customers include banks, mobile network operators, ISPs and cloud solution providers,” he concludes.

Evolution of the office