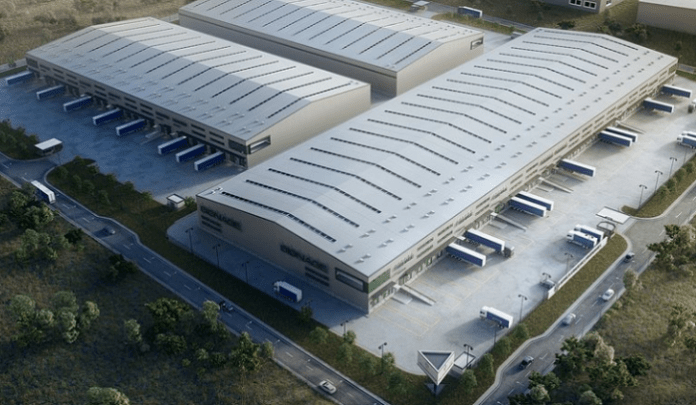 Africa Logistics Properties (ALP) on Thursday officially opened their modern grade A logistics and distribution warehousing complex at Tatu Industrial Park. The facility, which will offer a total floor space of 49,000sqm in three units, is the largest  in Kenya to be built to international standards and available to the rental occupier market. According to Toby Selman the CEO of ALP the new facility is already 75 per cent pre-leased at a time when other segments of the commercial, retail and residential real estate market are struggling to achieve total occupancy of 75 per cent.

The demand for grade-A warehousing, which delivers significant cost savings and efficiency for users, currently far exceeds supply in the country, with warehouse users reporting that finding suitable facilities is frequently impossible, according to recent research by Tilisi Developments.

This shortage contrasts sharply with overbuild in some other real estate segments. The oversupply of commercial space in Nairobi reached 4.7m sqft in 2017, while retail space oversupply reached 3.7 m sq ft. Meanwhile, the supply of mall space rose by 41.6 per cent last year, even as demand stagnated. As a result, according to Knight Frank’s 2018 Kenya Market Update report, the occupancy rate for new retail centres is now running at between 60 and 75 per cent.

This shifting balance of supply and demand has also changed relative investment yields, with commercial and retail yields falling from 11 per cent three years ago to eight per cent by 2017, while residential property yields are now running at 5.6 per cent. This has moved warehousing yields to pole position within real estate, at 8.5 per cent.
“The proportion of pre-leasing has also been driven by the quality of the warehousing, which just does not exist elsewhere in Kenya and East Africa at the moment,” said Selman.

That scarcity has driven far higher pre-leasing by ALP in Nairobi than is normal elsewhere. In the US, the pre-lease rate recently rose to 43 per cent from a 17-year running average of 38 per cent, according to a recent report by CBRE, a global leader in real estate services.

“The near complete uptake of ALP North prior to launch speaks to the scale of the warehousing shortage in Kenya. But it also demonstrates that real estate requires developers to concentrate on the genuine areas of market need,” said Toby Selman, CEO of ALP.

However, ALP’s distribution hubs have brought international design practices that now sharply boost efficiency and productivity. For instance, the new warehousing offers pallet stacking 12 metres high, instead of the four metres offered by others in the market, as well as large column grids of 12m by 24m, which results in denser storage capacity and reduces the cost per pallet by up to 30 per cent.

The site also incorporates laser-levelled floors with anti-scratch coating that bear up to 10 tonnes. These allow the incorporation of automation systems, such as dock levellers, mechanized loading conveyors, and fork-lift-mechanized loading, cranes and loading platforms, which together improve turn-around time and cut labour by up to 76 per cent.
Traffic management flows also facilitate quicker turnaround times for trucks and deliveries, and the warehousing offers improved healthy and safety measures, firefighting systems with sprinklers, fibre optic telecommunications, and solar panels on rooftops for greater energy efficiency.