5G makes its way to Africa

South Korea and the US both claimed to be the first to launch the ultra-fast network commercially on 3 April. 5G is the new Space Race, but what does it hold for Africa? 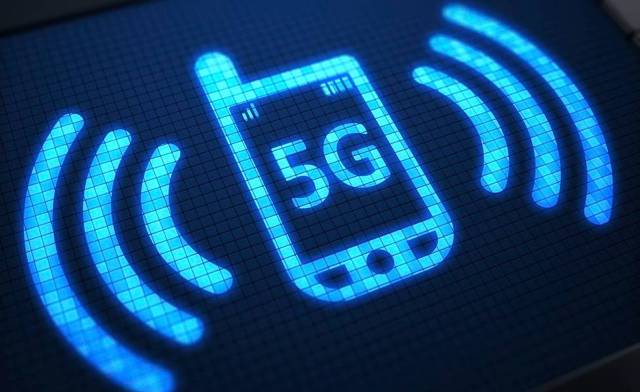 Transmitting data at 10 gigabits per second, the fifth-generation network will deliver up to a hundred times faster data speeds compared to what the best 4G LTE connection can provide today.

While 4G mainly targeted smartphones, 5G will be able to support a wide range of devices and services delivered through internet of things (IoT) use cases, that rely on super-fast connectivity and real-time responsiveness.

The competition around 5G technology has geopolitical implications too. The US and China are squabbling about which companies will become market leaders and the security implications of the technology.

According to Ericsson, commercial mobile 5G will start to roll out in the Middle East and Africa (MEA) region in 2019 and will be widely deployed in 2020 and 2021, albeit in Africa deployment in the region will be unevenly balanced, with many areas still in the exploration stage.

The African unit of UK telecommunications company Vodafone, was the first to deploy 5G technology in Africa, providing a network to two business clients in Lesotho in August 2018 after it was granted a temporary 5G testing licence.

In November 2018, Ericsson and MTN South Africa announced South Africa’s first 5G customer trial using a fixed wireless access site at Ericsson’s Netstar’s headquarters in Midrand. MTN has however been cautious not to fuel the hype, with CEO Rob Shuter telling investors in 2018 “not to get too carried away” with the arrival of 5G.

Meanwhile, South Africa-based company Rain, is making the leap. In February 2019, the data-only mobile network operator announced the launch of the continent’s first commercial 5G network, in partnership with Huawei. The company plans to leverage its existing licensed 4G spectrum to offer full commercial 5G rollout in South Africa by mid-2019, expanding from Johannesburg where it is already live.

“It’s going to be a revolutionary technology […] we will see many startups and many business models like the Ubers and the Airbnbs happening through 5G. You will see a small team sitting in a small country in Africa having a huge global business,” says Fida Kibbi, vice-president and head of marketing for Ericsson’s MEA region.

Rafiah Ibrahim, Ericsson’s senior vice-president and head of market area for the MEA region, says that while African companies are right to invest in 5G adoption, existing networks should not be completely written off: “I think it’s good to have what is currently on the ground (3G and 4G) and make sure we can monetize it, even though it’s always good to understand what operators are doing in other parts of the world”.

Phone manufacturers are also in a race to get 5G-enabled smartphones to market.

Samsung leads the pack, releasing its first 5G smartphone in early April in South Korea. The Galaxy S10 5G will be the world’s first 5G-compatible phone.

In February, Chinese phone maker Huawei unveiled its 5G foldable smartphone Mate X. The phone will be launched in India by mid-year.

South Korea’s LG has announced the launch of a 5G phone, the V50 ThinQ, in the US in 2019, in partnership with local carrier Sprint.

For US phone giant Apple, the timeline for a 5G phone remains unclear. But Ericsson’s Kibbi says the company is working with the phone manufacturer to launch 5G handsets in 2020.

There are still key challenges network operators have to tackle head on. Ericsson’s Kibbi says telecom operators are still struggling to figure out how to translate 5G use cases into viable business models: “They understand that it is very important […] but they haven’t figured out how to monetise and generate revenues from 5G”, she says.

Operators will need to determine the financial implications on traditional revenue and find new opportunities and investment models to ensure business growth.

Spectrum availability and cost will remain critical, as network operators determine the type and amount of spectrum they can economically secure to support the rise of new use cases.

Device innovation and finding product and technology strategies to support new use cases will be key.