By Sharon Chepngetich Last updated May 9, 2019 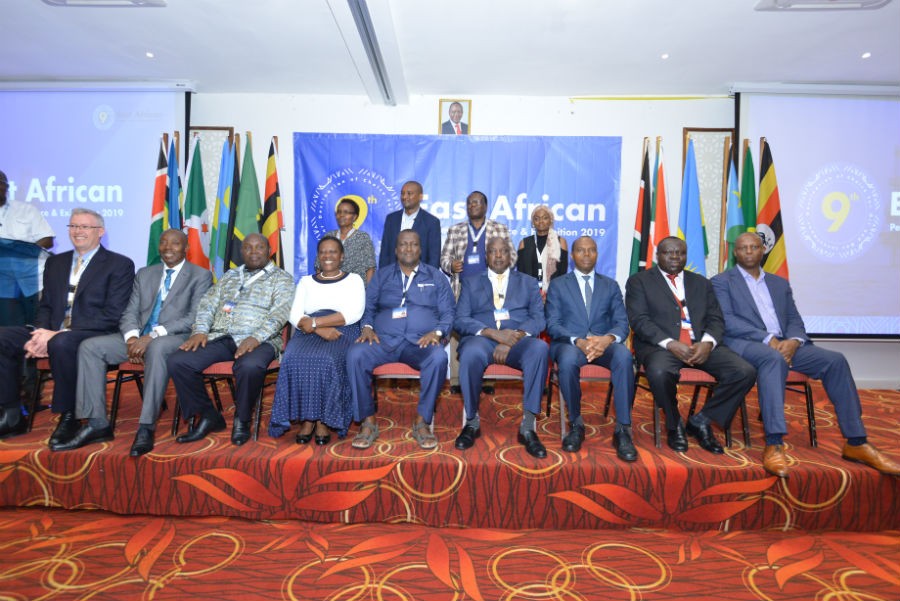 The Cabinet Secretary said Kenya is on course with the exploitation of its oil fields, with the country expected to ship its first 200,000 barrels of crude oil in June 2019 after hitting the 200,000-barrel mark set by the government for it to be able to ship out the product.

The Cabinet Secretary revealed that Tullow Oil has so far transported 87,000 barrels of crude oil to the Kenya Petroleum Refineries storage tanks in Mombasa.

According to the Minister, Kenya has a total of 94 wells of oil that have been drilled, 63 exploration blocks that have been gazetted, 276 blocks licensed and 36 blocks open to investors.

And the government was constructing a 820km 20-inch diameter, South Lokichar – Lamu Crude Oil pipeline that will connect Turkana to Lamu Port, which will be operational by 2022, he added.

The Cabinet Secretary said other major petroleum infrastructure that have been put in place or whose construction is ongoing including; the 450km, 20-inch diameter multi-product Line 5 from Mombasa to Nairobi, which has been completed; construction of four tanks of 133,000 cubic metres in Nairobi to ensure adequate storage of products coming through Line 5; the 122 km, 10-inch diameter multi-product line from Sinendet to Kisumu, and; completion of the Kisumu Oil Jetty.

Hon. Munyes called upon investors to come to the EAC not only to invest in the Oil and Gas sectors but also to support the Partner States develop their fledgling petroleum industries.

“There are challenges in this area and we really need your support,” added the Cabinet Secretary.

On his part, Tullow Oil Executive Vice President for East Africa, Mr. Mark MacFarlane, said Tullow Oil has invested $2 billion in Kenya. And the company is upbeat it will hit the 200,000 barrels required for shipment. Tullow discovered crude oil in Uganda in 2006 and later in Kenya in 2012 but no exports have been made yet.

Addressing delegates on behalf of the Secretary General of the EAC, Amb. Liberat Mfumukeko, the Deputy Secretary General in charge of Productive and Social Sectors, Hon. Christophe Bazivamo, said that a few years ago, the East African region did not attract significant investments in the oil and gas sector but today, the region has benefited from advances in technology and management of exploration and production, which has led to the discovery of commercially viable oil and gas deposits.

The Deputy Secretary General added that the ongoing event aims at fulfilling one of the objectives of the Community enshrined in Chapter 19, Article 114 of the EAC Treaty and Article 40 of the EAC Common Market Protocol of promoting sustainable utilization of the natural resources of the Partner States, and putting in place measures that would effectively protect the natural environment of the Partner States.

Hon. Bazivamo said that exploitation of petroleum resources on the Continent, have certainly not achieved the intended socio-economic transformation, hence, “we have the obligation to draw lessons and ensure we are better off in the EAC region.”

“Since the inception of the EAPCE, impressive achievements have been reported in every subsequent conference and I am happy to report that the EAC Partner States have established clear, harmonized, stable, regulatory, legal and fiscal frameworks that are supporting the achievements and developments in the sector,” he said.

Hon. Eng. Muloni disclosed that the licensing round covers five (5) Exploration Blocks in the Albertine Graben, which is the most prospective area of exploration, development, and production in Uganda.

The licensing round was driven by a number of factors including, among others, the establishment of additional resources and reserves to the current confirmed 6 billion barrels of oil, out of which about 1.4 billion barrels are recoverable, and 500 billion cubic feet of non-associated gas; and existence of comprehensive and robust legal, regulatory and institutional frameworks which guarantee certainty to investors.

The second launch follows the first licensing round through competitive bidding undertaken in 2017. Uganda made its first commercial oil discovery in 2006. To date, over 121 wells have been drilled with a success rate of over 88%.

Preparations are under way to commence production following the issuance of production licenses to Total E&P Uganda B.V, Tullow Uganda Operations Pty Ltd, and CNOOC Uganda Ltd. Commercialization of the oil in Uganda will involve export of part of crude oil by the East Africa Crude Oil Pipeline through Tanga Port in Tanzania.

Islamic Finance: the missing link in Oil and Gas sector financing in Uganda