A 12 Year Old Teen Who Published His Own Book 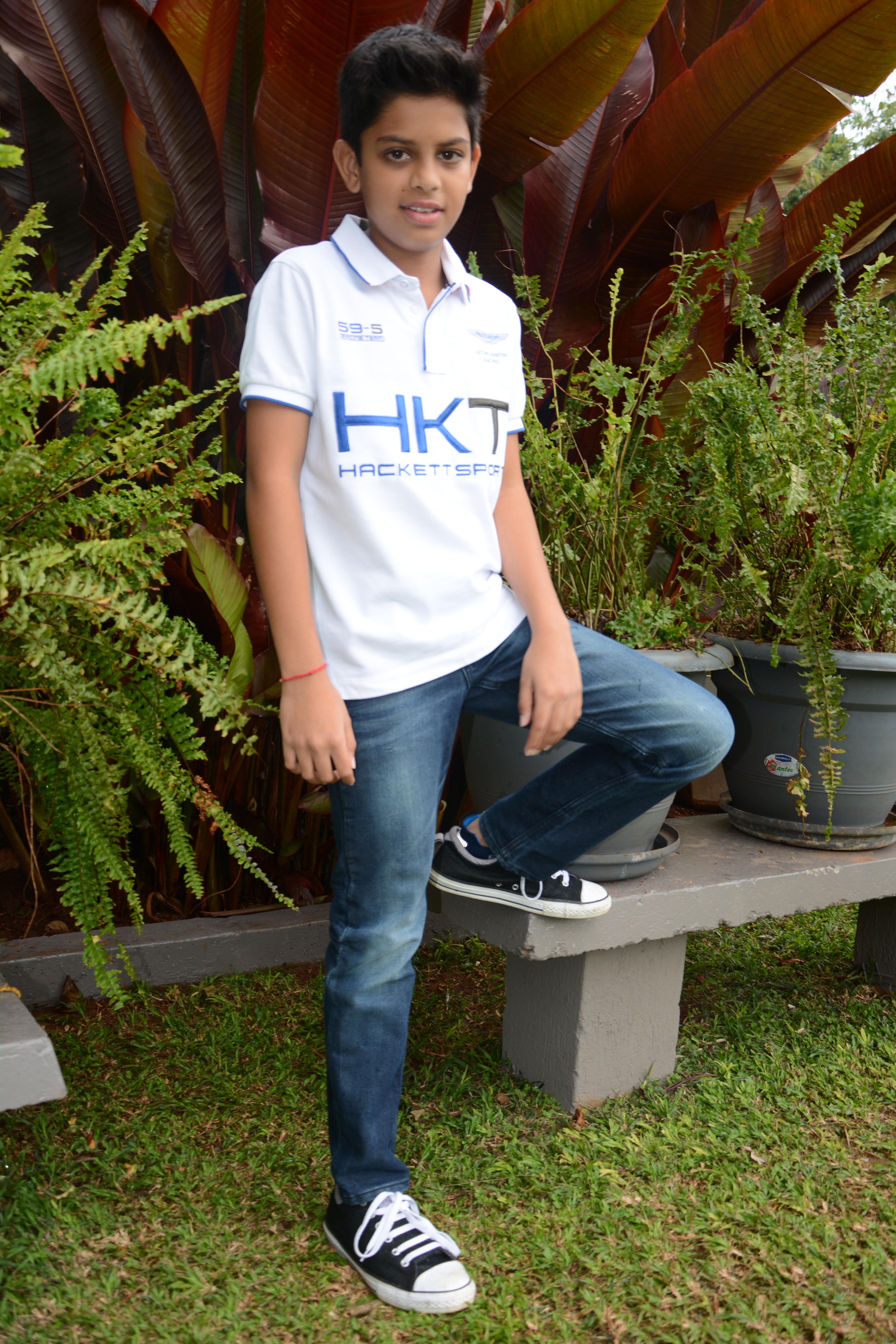 Writing is not everyone’s cup of coffee, but this class seven boy has achieved more than just getting published

Kian Patel is not your ordinary Seventh Grade pupil. At the age of 12, the Peponi House Preparatory School head boy has accomplished what would put most of our local university graduates to shame. He has published his own book.

“I have always wondered why most books are written by adults, so I decided to write a book of my own, as I thought it would be a fair test of my abilities,” he says.

His 44-page book titled Karma’s Consequences, published by Longsight Books in Nairobi, is a collection of deep, dark and twisted stories, essays and poems, each with its own unique plot.

In the collection, the main story is named Karma’s Consequences. Here, the readers meet Culd, a tall and energetic young man who was born with a silver spoon in his mouth.

Culd is presented as a unique child living in his own world and the rightful heir to his father’s vast estate. But he is spiteful, ignorant, selfish, and troublesome, and his parents are worried of him inheriting the family’s business empire.

As fate would have it, Culd’s father suddenly dies of heart attack and he is left alone with his frail mother. The young lad becomes even more mischievous as he finds himself at the vast realm of wealth.

Culd eventually inherits his father’s wealth, and as one would expect, squanders everything. Unlike the diseased old man, he has no basic business management skills. The empire eventually crumbles.

Patel’s favourite story in this book of his, which goes for Ksh 600 (US$6), is a poem titled Overcome through Strength. He says he likes the story because he believes it has a profound theme. The story encourages people in distress to remain resilient and never give up.

What it took to produce the book

It was not a smooth sail to success. Patel says though it took him about four weeks to finish writing the book, he felt as if he had spent a century working on it.

At some point during the writing process, and as he was just about to call it a day, he realised that no single character had survived in the entire book. So he decided to ‘resurrect’ some of them. He had to reconstruct the stories to suit the direction he wanted them to take, and that wasn’t as simple as ABC.

“The entire experiences presented me with some insurmountable odds.

I had to work extra mile to overcome them,” says Patel.

The publisher deleted a number of his stories. He had to go back and rewrite them. The process was so exhausting that he had to listen to music and take regular breaks to refresh and ease his mind to be able to continue thinking, writing, reading, and rewriting.

His hard work pays off

Thankfully, Patel’s hard work and commitment paid off. His book got published and everyone was happy including his head teacher Robert Blake.

“Kian has consistently exceeded our expectations. He is an independent-minded young boy who is destined to achieve great things in life,” says Blake, adding that at Peponi children have special mix of strengths and weaknesses.

As a policy, the head teacher says, the school encourages learners to build on their strengths while working on their weaknesses, both in and out of classroom.

The school receives children from different nationalities and cultures, and this is encapsulated in their motto which reads, “A School of Many Nations, a Family of One”.

Patel’s achievement is certainly one in a million. Not every day we meet a 12 year old boy with the moxy of Chinua Achebe, complete with his own published work.

“It’s a remarkable achievement. As anyone who has tried to have their work published will know that it is an uphill battle and you have to have both resilience and talent in order to succeed,” says Blake.

Besides being an author, Patel is also a sports personality and budding philanthropist. He recently started an initiative called ‘Shoes For Christmas,’ where he collected and donated over 140 pairs of used shoes to St. Peter’s School for the Mentally Challenged at Loresho. Meanwhile, he donates part of his pocket money every month to support the upkeep of an orphan called Baby Jack at Langata Grace Children’s Centre, in Karen. Baby Jack was rescued after being abandoned in a dustbin in Kisumu. Patel visits Baby Jack every few months when making the donations.

During his free time, he likes socialising with his peers, playing cricket, hockey, swimming, eating Hot Dog or popcorn. Once in a while, he checks information about the stock market, since he has an interest in business. He is slowly warming up to business. He recently selected, imported and sold toys himself for profit and donated 5 per cent of the proceeds to a charity; and is in the process of choosing his next collection for sale.

He also claims that he was voted the “best car consultant” by his father in 2015, and there is no shred of doubt that he indeed knows something about cars. A brief conversation with him on the subject matter proves that his knowledge of different makes of cars is near-encyclopaedic.

As Chinua Achebe says in Things Fall Apart, “A chick that will grow into a cock can be spotted the very day it hatches”.

Fast-tracking the Growth of E-commerce In Africa