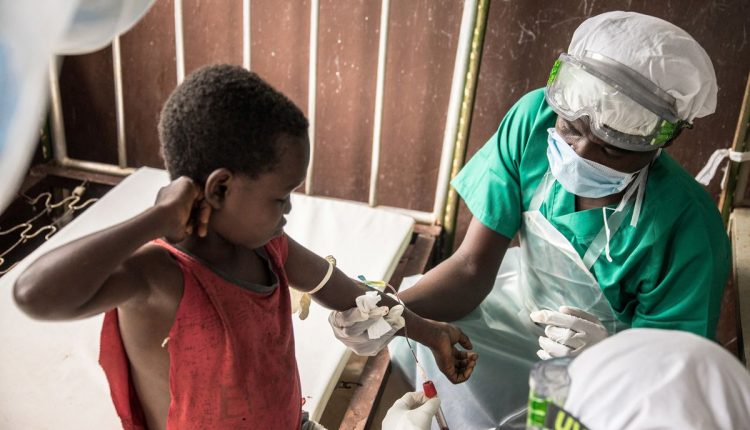 Even after the novel coronavirus exposed glaring flaws in the world’s collective ability to respond to infectious disease outbreaks, we are seemingly back to the old ways, as evidenced by the global response to the now endemic monkeypox. The world may once again lose a chance to control a pandemic.

The zoonotic viral disease, which is already endemic in 10 countries in West and Central Africa, only drew the world’s attention after affecting people in rich countries in the Global North. Even after the disruption caused by Covid-19, wealthy countries’ self-destructive unwillingness to cooperate for the benefit of the entire global population is evident again.

This year, there have been dozens of monkeypox cases in Cameroon, Nigeria, and the Central African Republic (CAR), with the Democratic Republic of the Congo (DRC) reporting the highest number of infections with over 2,938 cases and 110 deaths. As of Sep. 9, the Africa Centres for Disease Control and Prevention (A-CDC) reported 4,244 total cases (520 confirmed, 3,724 suspected) and 124 deaths. There are nearly 58,000 cases globally, with 125 countries reporting at least one case.

African health officials still face the challenge of undercounting due to limited surveillance and testing capacity, which explains the vast discrepancy between confirmed and suspected cases. Additionally, the absence of vaccines for front-line healthcare workers and laboratory technicians in affected countries puts them in imminent danger.

In July of this year, the World Health Organization (WHO) designated the global monkeypox outbreak a public health emergency of international concern (PHEIC). Researchers in Africa had hoped that the declaration—the highest alarm by WHO outside of a pandemic—would alert the world to support Africa’s fight against the disease. Sadly, that has not been the case.

The WHO PHEIC label means that a coordinated international response is needed to unlock funding and global efforts to collaborate on sharing vaccines, technologies, and treatments. Researchers and health officials in Africa are wary that, as with the Covid-19 vaccine apartheid against African countries, the continent will continue to be sidelined in its bid to secure enough vaccines.

To date, though WHO member states have pledged more than 31 million smallpox vaccine doses to the global body for smallpox emergencies — these vaccines have never been shared with Africa for use against monkeypox.

Monkeypox is transmitted to humans through contact with infected animals’ blood, bodily fluids, or cutaneous or mucosal lesions. Infections in humans occur by handling infected monkeys, Gambian giant rats, and squirrels, with rodents the most likely reservoirs of the virus. The current outbreak is the largest in history outside of Africa, and human-to-human cases primarily occur among men who have sex with men.

Symptoms include fever, intense headache, swelling of the lymph nodes, back pain, muscle ache and, lack of energy. There could be skin rashes that begin on the face and spread to other parts of the body [including the genitals] and evolve to pustules and crusts, according to A-CDC.

Scientists have identified the existence of two known virus strains in the endemic regions in Africa, with the Congo Basin showing more lethality with a mortality rate of up to 11% in some of the outbreaks. According to WHO, the monkeypox fatality rate is typically 3-to-6%.

WHO also indicates that the vaccine against smallpox, a far deadlier and more transmissible virus, also protects against monkeypox. But the world stopped using it in the 1970s, shortly before smallpox was declared eradicated.

However, wealthy nations still hold stockpiles of smallpox vaccines, which have been used in the UK, US, France, and Canada to protect people who have come in close contact with monkeypox patients, but few lower-income countries have vaccine access.

There is now a seemingly concerted global response that has seen vaccines distributed in some countries after confirmed cases of the disease in Portugal, Spain, the U.S., and the UK. However, Africa is so far in for another episode of unconscionable vaccine apartheid in its fight against this latest monkeypox outbreak due to vaccine hoarding by wealthy countries.

Accordingly, another opportunity presents itself for African leaders to amplify their voices in a combined effort to demand that G20 leaders prioritize global vaccine access for all nations, particularly developing countries, when faced with a disease that has the potential to be endemic globally.

Sustainability is critical to a scalable and thriving business. Here’s how companies can make it a priority.