Africa’s Banking Market among the ‘Most Promising’ this is why 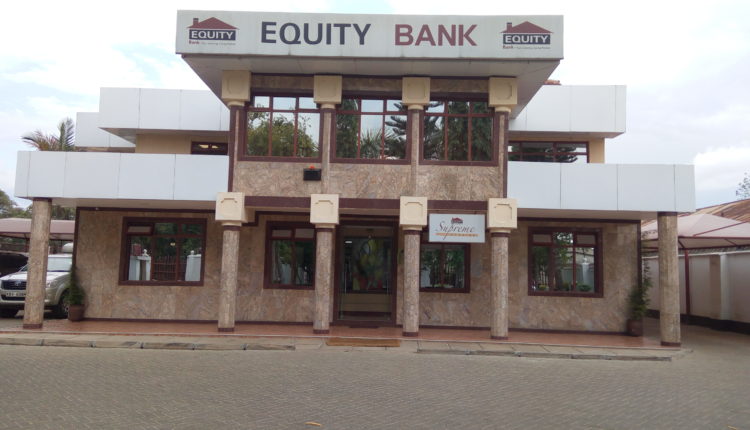 Africa now ranks second in terms of growth and profitability of any other global region. This is according to a report by the McKinsey Global Banking Practice.  According to McKinsey, banks in the region recorded a return on equity- the measure of a bank’s profitability – of nearly 15 per cent in the year 2017.  McKinsey in its 2018 report also points out that between 2012 and 2017, banks revenue pool grew at a compound annual growth rate of 11 per cent in constant exchange rate. In the next five years, it is anticipated that the banking market in Africa will continue to be a growth leader, growing at a rate of 8.5 per cent by the year 2022.

The report released at the end of February and titled ‘Roaring to Life, Growth and Innovation in Africa Retail Banking,’ attributed the good performance to banks digital first mentality and increasing innovativeness on how they meet customer demands.

“Global media reports are likely to highlight Africa’s social political problems than its rise as a business market,” reports the authors of the McKinsey report. They add that the continent is in the midst of a historic acceleration that is lifting millions out of poverty, creating an emerging consumer class and propelling repaid economic growth in many economies.

About two-thirds of Africans remain unbanked, presenting a massive opportunity for growth of financial services providers. Over 300 million people are now banked in Africa and this is expected to grow to 450 million in five years’ time.  “In terms of size, Africa’s banking market is today approximately USD86 billion in revenues before risk cost. Our projected growth for African banking revenue pools of 8.5 per cent a year between 2017 and 2022 will bring the continent’s total banking revenues to USD129 billion.”

According to McKinsey the top performing banks were characterized by employing one of five winning strategies.  First is targeting the right segment and providing the right offering. According to researchers at McKinsey, 70 per cent of revenue pool growth will occur in the middle segment. This is defined as those people earning between USD 6, 000 and USD 36,000 in annual income. While for the mass market, people earning less than USD6000 accounts for only 13 per cent of the growth despite being the fastest growing segment. According to the researchers, whichever segment banks choose, having the right preposition is important.

Secondly the report identifies Digital first mentality adopted by most banks. According to McKinsey, 40 per cent of Africans prefer to use digital platforms for their transactions. The report identified, Kenya, South Africa, Nigeria and Angola as some of the countries that have a higher proportion of population using digital technologies. The report identifies four themes that emerging in the use of digital technologies among banks. These include; end-to-end digital transformation; Partnership with Telco Companies. The other themes seen include; Building digital banks and building an ecosystem. The study identifies Commercial Bank of Kenya for its M-Shwari product in which it partnered with Safaricom.  Equity Bank was also noted for its digital innovations that have fueled the lenders growth.

“The volume of cashless transactions in Africa grew by 13 per cent per annum between 2014 and 2016, driven by the improved availability, reliability, and security of electronic channels. This made Africa the world’s second-fastest-growing payments market after Asia-Pacific; Africa also has the second-highest revenue per cashless transaction,” read the report.

Innovating on risks, is also the other strategies banks are using to win in Africa. With the lack of proper data and credit records there are clever solutions using telecoms and fintechs. Banks according to the report are partnering with fintech companies to provide lending solutions to customers. The lack of proper data on credit records has made banking especially for the majority lower cadre population an expensive. “We are seeing innovations such as banks partnering with data and analytic fintechs to improve credit underwriting to issue small-ticket loans on mobile.”

The fourth strategy that McKinsey identifies is the geographical boundaries. About 65 per cent of African banks’ profits and 94 per cent of their revenue are attributed to their geographical footprint. McKinsey highlights a shift in exchange-rate adjusted revenue pools North Africa, East Africa and West Africa.

At 3.6 per cent, Africa has the 2nd highest cost-to-assets ratio in the world. However, rapid efficiency gains are possible and banks in the region have been adopting a leaner and simpler ways of banking. Banks in Africa have made efficiency in the last five years through a combination of end-to-end digitization, sales productivity improvements fueled by advanced analytics.

A proper mix of hygiene and profits