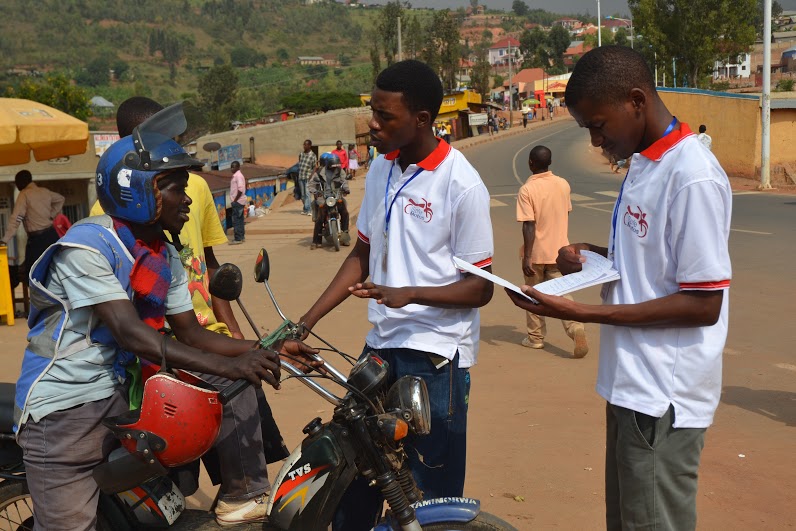 Just as the dust settles following the stormy arrival of Uber in Kenya, another player is set to join the fast-paced taxi business

If you are living in Nairobi and frequently use the city’s taxis, then chances are you have heard about Uber. It has been causing traditional cab drivers sleepless nights.

To express how much they were aggrieved by Uber’s arrival, the local taxi operators recently ganged up and rioted against the new comer, accusing it of providing services at lower rates, grabbing their customers and driving them out of business.

Ironically, the anti-Uber revolts only made matters worse for the aggrieved party. Uber quickly gained popularity in Kenya and attracted new customers.

And now the competition in the tax business is about to get even more exciting for the taxi customers.

Another player is coming to Kenya, except this time it will not be targeting cab drivers. It is called SafeMotos, Africa’s Uber for motorcycle taxis.

As the name suggests, SafeMotos is a technology that was primarily developed to bring safety to African roads starting with Rwanda.

It mainly focuses on protecting the motorbike taxi users from reckless and notorious boda boda operators while at the same time striving to make taxis the safest and most convenient means of transport in African cities and towns.

The founders, Peter Kariuki and Barrett Nash, were inspired by a grisly road accident that almost claimed their lives.

The accident, Nash says, involved two notorious motorbike taxis and a reckless truck driver. The boda bodas, which normally trail each other at super speed, suddenly smashed into the truck on a steep and slippery road.

“I survived the accident by minor injuries, though my friend lost three teeth and gnashed his lips,” Nash recalls.

The accident, Nash says, was like fuel that accelerated the development of SafeMotos, a smartphone application that connects customers to safer motorbike taxis at the click of a button.

Though the technology bears significant resemblance to America’s Uber, which connects customers to cabs, SafeMotos works with motorcycles.

The app is installed on the smartphones of the moto taxi operators. SafeMotos is then able to receive the motorcycles’ accelerometer, gyroscopic and Global Positioning System (GPS) data through the mobile app.

“The app enables us to monitor the behaviour of moto drivers on the road. We then rate the drivers using telematic data and only connect customers with the safest of them,” says Nash.

The monitoring and selection process helps in instilling discipline in the driver and encouraging them to provide better customer service. SafeMotos offers incentives for good performance. These include receiving tips from customers.

Additionally, during the recruitment of the drivers, SafeMotos evaluates drivers to ensure they are certified and have at least three years of moto driving experience. They must also be equipped with protective gear.

Nash says they are currently working with 60 motorbike taxis making 200 trips per day. This translates to 1,400 trips per week and about 5,600 trips monthly.

The customers get picked up from any location of their choice using a localised User Interface (UI). They can also easily pay from their SafeMotos wallet, which can be connected to mobile money, cash, and credit cards, with prices being calculated based on the distance covered.

“Our drivers, however, take less money per kilometer compared to the other motos,” says Nash.

In June 2015, SafeMotos began its operations in Kigali Rwanda.

With a seed capital of US$ 120,000 they received from a Venture Capitalist who was impressed by the SafeMotos concept and also the developers’ resolve to succeed, they were ready to hit the road running.

“Rwanda was a good starting point for us. It was one of the many African countries where motorcycle taxis had become the main mode of public transport,” says Nash.

Rwanda was also among the countries with the highest number of road fatalities involving motorcycles.

“We found that you are 328 times more likely, as a motorist, to die in a vehicular accident than in the UK with the vast majority of the accidents involving motos,” says Nash.

“We are striving to bring down the huge number of deaths on the road using our app,” says Nash.

The app, according to Nash, is more than just a copy-paste of Uber dropped in Africa.

SafeMotos team has learned that African drivers and passengers do not like reading maps to show them direction as is the case in the Western countries. They have thus created an alternative User Interface based on the commonly understood landmark system.

“In Rwanda, we have been able to identify key landmarks across Kigali. These have become very helpful in giving direction to the SafeMotos passengers and drivers,” says Nash.

In addition, since most of the moto operators still can’t afford smartphones, SafeMotos has come up with a micro-loaning programme whereby the drivers can get the smartphones and pay for them in small installments out of their daily incomes.

“We also know that SafeMoto drivers need to be online all the time, yet they don’t have sockets for charging their phones. We are therefore installing affordable charging sockets on each of the motos,” says Nash.

SafeMotos have been operating in Rwanda for close to a year and they are now planning to expand to other countries across Africa including Kenya, Uganda, Tanzania, and beyond the East Africa region.

And just like CNN confirms, this could be the start-up to watch in 2016 and beyond.