Cholera is endemic in South Sudan with frequent seasonal outbreaks 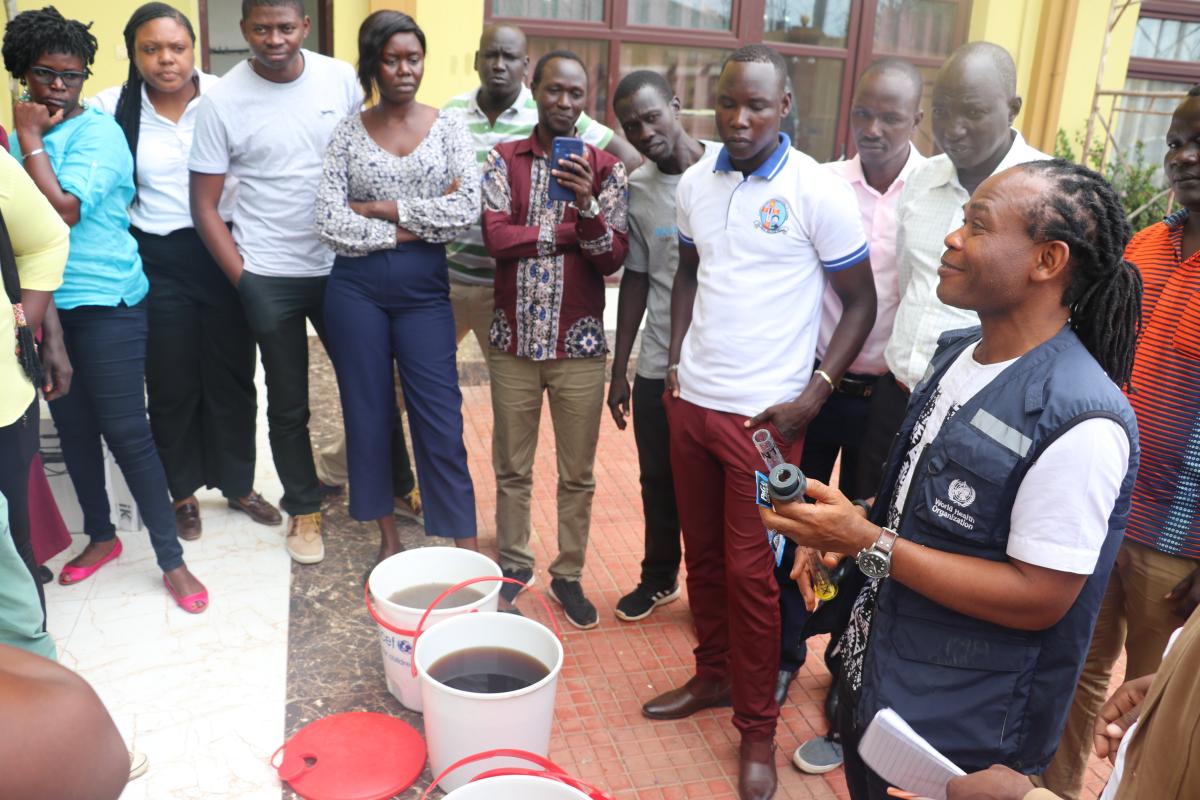 Over 120 health workers in South Sudan have been trained this past week with the aim to keep the country at zero cholera.

The country is amid the rainy season, commonly known as cholera season due to frequent flooding contaminating drinking water and infecting people with the cholera bacteria.

“Cholera is a diarrhoeal disease and may quickly cause dangerous fluid loss and can be deadly within hours if treatment is delayed,” said Dr Pinyi Nyimol Mawien, Director General for Preventive Health Services in the Ministry of Health in South Sudan. “Early detection and treatment is key to saving lives, therefore it is important that all health workers have this knowledge.”

Cholera is endemic in South Sudan with frequent seasonal outbreaks. The last reported outbreak started in June 2016 and was declared over in February 2018. This was the largest outbreak of cholera in the country’s history. A massive response was launched and in the following rainy season, focus shifted to prevention. No cholera was recorded the 2018 rainy season which is between April and November.

“The fact that there was no cholera case reported during the last rainy season shows the true power of prevention and teamwork,” said Dr Olushayo Olu, WHO Representative for South Sudan. “We need to continue along this path and push for a strategic shift from response to prevention across all relevant sectors, only then can we eliminate the disease which remains a serious health threat.”

“Access to clean water is a game changer in the battle against cholera. Together with promotion of good hygiene practices such as hand washing, we can prevent children and their families from getting sick,” said Andrea Suley, UNICEF South Sudan acting Representative. “Yet, too many are deprived of these fundamental rights causing unnecessary suffering especially among the youngest ones who are hit the hardest.”

South Sudan is committed to eliminating predictable cholera epidemics and has endorsed the global roadmap of attaining a 90 per cent reduction of cholera deaths by 2030. Consequently, the National Cholera Response strategy is being updated to achieve these ambitious targets. As part of the ongoing national efforts, the Ministry of Health with support from WHO, UNICEF and other partners have biweekly meetings to update and align the cholera hotspots and monitoring of the implementation of the plan for cholera elimination.

Kenya launches “Ivory Trade is a Rip Off” campaign