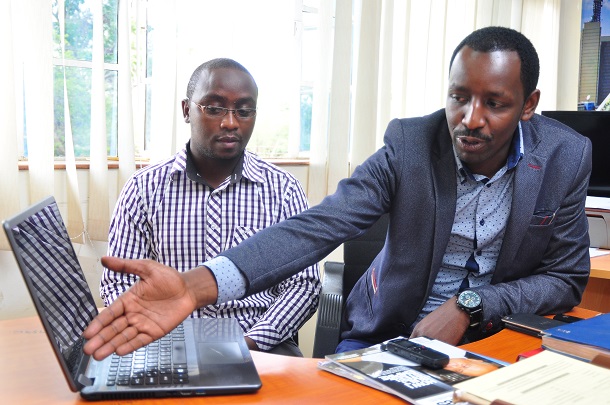 Travelling by road has become exceedingly expensive in Kenya, and it is not because of skyrocketing fuel prices. Drivers are losing too much money to the local traffic police who have no pity for those who cannot pay cash for traffic offenses. Alex Mutitu was once a victim!

In August 2015, the hawk-eyed traffic police stopped him on his way to Nakuru, accusing him of over-speeding and demanded Ksh 25,000 (US$ 250) as bail out charges, money that he did not have in hand at the moment.

He says because he couldn’t immediately raise the fine, he was thrown behind bars for more than eight hours and was only released after borrowing the money from close family friends and relatives – and it was no longer Ksh 25,000 (US$ 250) only.

By the time he gained his freedom back, he had parted with some Ksh 150,000 (US$1500). Considering that he also had to cancel his trip and suspend all other plans, it was a nasty and costly experience.

But he was not alone. Many of his friends and other road users fell victim of such circumstances on daily basis.

He was sick and tired of it, and so he decided to team up with friends, Felix Ngari and Mike Kihia, to come up with a solution. The three came up with Napex Solutions Limited, the creator of BailOutBuddy, a mobile application that bails out people arrested for traffic offences by paying their fine.

“In my case for instance, I had to spend a night in Nakuru that day, which I hadn’t planned for. This app will help others from such unexpected incidences,” says the 32- years-old actuarial science graduate from Digital Advisory Learning Centre (DALC).

Mutitu says BailoutBuddy mobile app works like an insurance cover, allowing members to redeem amounts payable under a selected premium plan, thereby bridging the gap between when an arrest is made for a traffic offence and the moment one is released from police custody.

There are three categories through which members can subscribe on the platform and they can be downloaded in the Google play store.

Premiums are payable once a year through M.pesa, with benefits of the cover only redeemable 24 hours from the time of subscription.

During the transaction, M.pesa alert offers details regarding the type of cover and time payment was made, which has direct impact on legality for covers.

Upon an alert that a member needs bail out, the administrator sends motorbike riders who are on standby to the police station where the member is held.

Today, the app has registered 50 members with over 2,000 downloads. They intend to have about 100 registered members and about 4,500 download by January 2017.

They have also employed eight young graduates to help them run a few errands in the office and are looking forward to add five more by April 2017.

Mutitu indicates that they generate over a million Kenya shillings in annual sales.

Their services are currently available in Nairobi, Nakuru and Kiambu. However, they are planning to extend them to all the 47 counties by June 2017.

To be able to sensitise citizen on their rights when arrested for various traffic offences, on its home page, the BailoutBuddy app has a section which features the National Transport and Safety Authority (NTSA) Act bearing all the traffic offence type and penalties.

According to Mutitu, having the Act on the App helps shield members of the public from rogue police officers who might want to take advantage of their ignorance.

In a recent report released by Transparency International, the Kenya Police scored 81 per cent corruption rate, gaining the infamous title of the most corrupt institution in Kenya, as well as reaching in the top ten bribery-prone institutions in east Africa.

However, all those hurdles did not stop them from achieve their dream.

The king of electronics