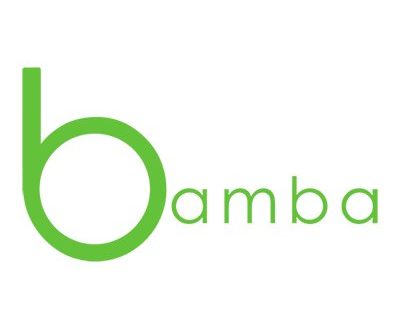 African data collection startup Bamba has announced today that it has closed its first seed investment round after raising US$1.1 million (Kes. 110 million) in investment funds, making it one of the largest and most successful seed rounds completed by an East African startup. At closing, Bamba is proud to have a global investor base that spans Silicon Valley, New York, Washington DC, Austin, London and many regions throughout Africa.

Bamba is a boutique data collection agency that specializes in innovative solutions for rapidly gathering cost-effective and high-quality consumer insights from emerging markets that can be otherwise challenging to reach. One such solution is Bamba’s unique tool that allows the building of highly targeted and responsive panels for data collection.

Clients hail from a diverse array of sectors, including market research consulting, private equity, agriculture education, health, finance, government agencies, NGOs and private companies. The versatility and effectiveness of Bamba’s offerings have resulted in numerous high-profile clients, such as Kantar, the Aga Khan Foundation, and IPSOS. “Bamba has made it possible to deliver panel-based projects a lot faster by providing access to highly targeted respondents,” says Arnold Nyakundi of IPSOS Kenya.

With humble beginnings in Nairobi, the company started with just its 3 co-founders, Al Ismaili, CEO Shehzad Tejani, COO (@Tejanishehzad) and Faiz Hirani, CTO (@FaizHirani) and had a core workforce of 7 full-time employees in 2015.

“Since then, we’ve further expanded to employ 21 full-time staff, along with numerous other field consultants around the world. It’s incredible; we’ve established a global reach, spanning Canada, US, UK, Uganda, Tanzania, South Africa and Nigeria. This is in large part thanks to ongoing support from our investors,” says Al Ismaili, co-founder and CEO.

Bamba’s success in attracting investors was the result of a number of factors that created a perfect storm. First, in the past several years, consumers in emerging markets have become more engaged and connected through widespread adoption of smartphone or feature phone technology, presenting the opportunity to finally tap into the wants, needs and opinions of these consumers for companies agile and innovative enough to build the right tools.

Second, investors have become increasingly interested in opportunities to invest in the African market in recent years, and accelerator programs have stepped up by accepting greater numbers of African startups into their mentorship programs.

Finally, Bamba was itself accepted into the prestigious TechStars accelerator program in 2016, where they gained access to a well-established network that provided them with business development mentorship, customer acquisition, capital, talent recruitment, as well as a sizable initial financial investment as part of the accelerator program.

Rishi Varma, founder & CEO of AlphaDetail which was acquired by QuntilesIMS (formerly IMS Health), was introduced to Bamba during their time at Techstars. Rishi was based in San Francisco where he built the largest market research firm focused on primary research in the pharma/biotech industry in the US and was so impressed by the Bamba team that he became one of their initial investors.

“Since the first day I met the founders of Bamba, I knew they had a special team and product to tackle a challenging but large market opportunity. I had no reservations in backing them financially and as an advisor. Having built a highly successful market research practice myself, I can clearly see the Bamba team has what it takes to do the same,” he said about his investment decision.

Bamba’s cutting-edge data collection software also attracted some attention from within Africa. In November 2016, Bamba was invited to participate in Lions’ Den, the Kenyan equivalent to popular TV programs Dragons’ Den and Shark Tank, where Bamba pitched to the show’s panel of 5 venture capitalists (also known as Lions). They successfully won over Darshan Chandaria , CEO and director of the Chandaria Industries Group, who invested US$250,000 (Kes. 25 million) to be used to expand Bamba’s operations throughout Africa.

Other investors have been attracted to Bamba’s unique combination of positive social impact and real functional value;

“We are very proud to be investors in Bamba,” says Brett Hurt, founder of BazaarVoice and Data.world. “Not only are [they] providing a very valuable analytics service, but they are also providing jobs in countries that really need them. This is one of those rare businesses that has a combination of a massive market opportunity and a real social impact. Their focus just couldn’t be better.”

Having achieved its investment goal for the first seed round, Bamba now looks to the future with plans to put the US$1.1 million towards developing new innovative data collection solutions, supporting a larger number of clients, and expanding its team and geographical reach. Of course, this will all be done while continuing to lend a voice to people in emerging markets so that they can play a bigger role in shaping their world.

Health Experts Call for Partnerships to Improve Access To Healthcare