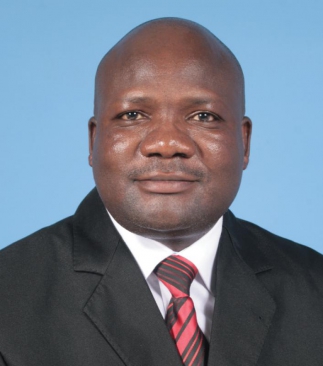 Barasa, whose appointment was approved by Energy and Petroleum Cabinet Secretary Charles Keter in consultation with the Ketraco board of directors, has been acting MD and CEO since August 1, 2015.

Before his appointment in an acting capacity, he was the Chief Manager, Finance and Accounts.

Before joining Ketraco, he was Treasury Manager and Head of Factories Accounts at the Kenya Tea Development Agency Limited (KTDA). He has also worked for Kenya Airways and East Africa Re in senior positions.

He holds a Bachelor of Commerce Degree and a Masters of Business Administration (MBA) in finance from Kenyatta University and has years of experience in public finance management, risk management and corporate governance, among others.

Ketraco Chairman Kenneth Sigilai welcomed Barasa’s appointment and assured staff of total support from him and the board.

“We put our trust in him to lead this company and he hasn’t disappointed. We are confident he will achieve its,” said Dr Sigilai.

As acting MD, Barasa saw the formulation and launch of the company’s 2nd Five Strategic Plan. He also oversaw the completion of the 132kV Kindaruma-Mwingi-Garissa line and energisation of the 220kV Rabai-Malindi-Garsen-Lamu line.

Other notable achievements include leasing of excess fibre to Safaricom and Jamii Telecommunications Company.

Ketraco is implementing a number of high priority projects totalling about 5,000km of transmission lines and regional power interconnectors expected to be complete in the next three to four years. These projects will facilitate electricity evacuation from generating stations, reinforce the grid network for increased capacity and reliability.

The Homa Bay sub-station, says Barasa, will not only provide additional power transmission capacity to the national grid to meet increasing demand in Homa Bay, Migori and Kisumu counties, but it will also improve the quality and reliability of electricity as well as supply and provide power to areas in South Nyanza that are not on the national grid.

The Sondu-Homa Bay-Awendo project involves the construction of a 106km 132kV single circuit line from Sondu through Homa Bay (Ndhiwa) to Awendo, with a rating of 72MW and two 132/33kV sub-stations at Sondu and Homa Bay (Ndhiwa) and extension of 132kV Awendo sub-station.

Speaking during a media briefing for the Ndhiwa sub-station ground breaking ceremony, Barasa, who was acting MD then, said these projects were is in line with the government’s goal to increase electricity accessibility in the rural areas to 40 per cent by 2030.

“The project will allow increased access to electricity, reduce power losses, increase capacity and reliability of supply in Southern Nyanza region,” he said, adding that it will also facilitate investment in the area that has been constrained by lack of electricity.

The Sondu-Homa Bay-Awendo project will cost Ksh2.3 billion (US$22.8 million) and is being financed by the government and KCB Bank of Belgium. Construction is expected to be complete in April 2017.

Ketraco is also working to expand the national grid system and interconnecting Kenya with neighbouring countries.

Ketraco is a 100 per cent State-owned corporation established in December 2008.

Its mandate is to plan, design, build, own, operate and maintain high voltage electricity transmission grid and regional power interconnectors.

The infrastructure forms the backbone of the national transmission grid in line with Vision 2030 and is aimed at shielding electricity consumers from higher tariffs.

Since 1954, when the first 220kV line between Nairobi and Jinja (Owen Falls) was constructed, only about 4,000 kilometres of high voltage transmission network is in place to date.

Barasa says Ketraco will build another 5,000 kilometres in the next four years with focus on strengthening the existing transmission system, penetrating into new generation and load distribution areas and enhancing regional inter-connections with Uganda, Tanzania and Ethiopia

What you need to know about Angola’s premier Oil, Gas and…

Business Times Sep 27, 2021
Young Scientists Kenya (YSK) has received a KES 9 million boost from BLAZE by Safaricom ahead of…

What you need to know about Angola’s premier Oil,…

The upcoming second Angola Oil and Gas Service and Technology Conference (AOTC), is set to run in…

Tatu City has partnered with the Konza Technopolis Development Authority (KoTDA) to establish an…
Prev Next 1 of 388
Social Media Auto Publish Powered By : XYZScripts.com
Sign in
Sign in