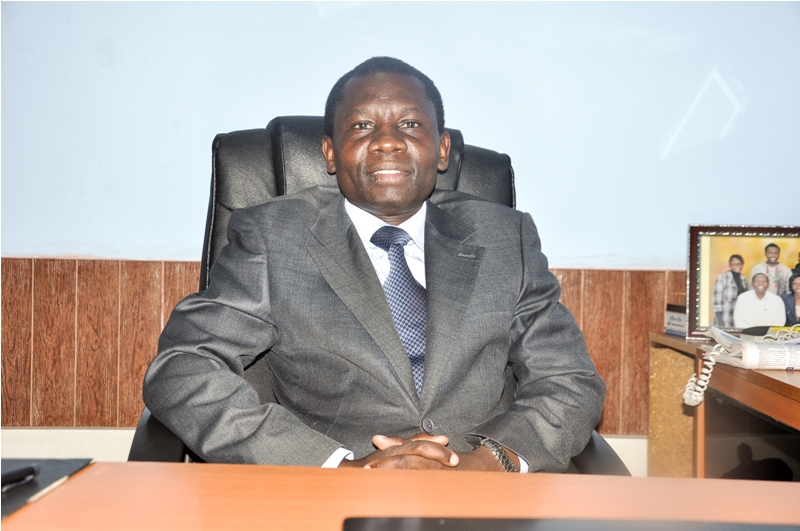 Octagon Africa helps you save for a sustainable future

Sensing the explosive growth in East Africa’s pension industry, Octagon Africa has been ramping up its portfolio in the last nine years and has managed to administer over 45,000 members from more than 200 corporate clientele whose pension assets is valued at Ksh45 billion.

Octagon Africa has steadily grown since its establishment in 2007 when it started in a small office in Nairobi. It has since opened branches in Kisumu and Mombasa and expanded across the East African region.

Spearheading this growth is Fred Waswa, the Managing Director, who has been in the pension industry for more than 25 years. His experience dates back to 2001 when he was working as Pensions Manager at Standard Chartered Bank. He later opted out to pursue consultancy for the Retirement Benefits Authority.

Having been in the industry for a while, Waswa saw a gap in services offered by existing administrators and felt he could bring fresh ideas to the industry.

Octagon Africa, initially operating as Octagon Pension Services Ltd, was born out of several needs but mostly as a response to the high demand for consultancy services in the pensions industry.

“There were gaps that we wanted to fill, from provision of better services in administration of schemes to training of trustees,” he says.

The MD says at least half of the East African working population is actively contributing to a pension scheme. “This is a promising insight,” he says “The pension industry is picking up, with Sh900 billion assets and we expect it to hit the trillion shilling mark before the end of this year,” he adds.

According to the latest World Employment and Social Work report published by the International Labor Organisation (ILO), 33.2 per cent of Kenya’s working population is actively contributing to a pension scheme, the highest in the region. In Burundi, only 5.6 per cent actively contribute, Rwanda (4.5 per cent), Tanzania (3.6 per cent) and Uganda (2.6 per cent)

Despite this positive growth in the industry, small and medium enterprises have not fully taken advantage of existing pension arrangements available in the market.

“Due to having few employees, SMEs tend to be disadvantaged when it comes to personalised saving in that the industry regulator, the Retirements Benefits Authority (RBA), has put in place stringent compliance requirements that makes it costly to operate as a standalone scheme with few employees. However this has been solved by the existence of umbrella and personal pension schemes that favor such organizations,” says Waswa.

It is against this backdrop that Octagon Africa decided in 2009 to setup a personal pension plan and an umbrella scheme to give small and medium enterprises a home where they can save for pension without necessarily having to setting up an occupational scheme on their own.

“Small enterprises cannot start occupational schemes on their own because there are a lot of compliance requirements they cannot meet, mostly due to the size of their business. What we have done is start a personal pension plan for them, because we believe the small and medium enterprises are a major driver of the African economy,” he says.

He says that the Octagon scheme targeting SMEs has already attracted Sh1.2 billion of assets, with about 3,000 members having already signed up for it. They are now eyeing the Ksh5 billion mark in the next two years.

“The umbrella fund targets corporate companies that don’t necessarily need to get involved in management of pension schemes,” he says.

In line with the principle of diversification of investments in a bid to reduce risk and safeguard members’ benefits, the industry regulator allows for a maximum of 30 per cent of the scheme fund to be invested in property.

“We currently have about 10 per cent investment in properties in our personal pension plan, which we are planning to increase, while also looking at investment in stock and bond markets,” Waswa points out.

Octagon also has an online personalised and interactive web-based system that is able to calculate and project one’s pension giving them a snapshot of what their financial future might look like.

“This tool displays the potential growth of your pension over time and gives you a rough idea of the size of pension you can expect when you reach retirement and it also gives you the amount of income you could subsequently expect to draw.” He says

Waswa says an educated society is an empowered society, “There is a deficit of skills in pension administration, investment management and pension schemes management,” he adds.

We need to educate the public to enhance financial literacy, particularly about pension schemes.

Octagon has been holding training sessions for its target market in order to boost pension uptake.

Waswa says that the training is also significant as it will help trustees keep abreast of new trends or regulations that affect the running of schemes and also help them govern and manage pension schemes better.

One of the challenges, he says, is that people lack the drive to save.

“We don’t have a saving culture, financial literacy in the country is still a challenge; we want more people to know that saving is an important part of investing,” he says.

The company was in 2016 named the “Best Pension Provider” by World Finance, a leading global authoritative finance magazine.

To capture the vast financial market in Africa, the company has expanded its operations to Kampala, Uganda and Lusaka, Zambia.

“Now we are looking to expand to Rwanda as we see a big market there. We are also looking at Botswana and Zimbabwe. In the next five years, we anticipate to be the leading financial service provider across Africa.” he says.