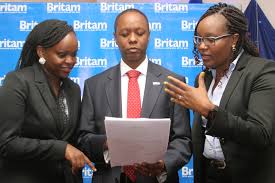 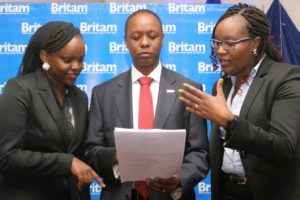 Britam Asset Managers projects that Kenya’s economy will grow at between 5.5 percent and 6.0 per cent in 2016, driven by a strengthening shilling, inflation staying within targets and stable interest rates.

In its 2016 Gross Domestic Product (GDP) Outlook, the asset management firm forecasts inflation to trend towards 6.0 per cent in the year supported by stable food prices and lower energy costs. Inflation is expected to average 6.8 per cent in 2016, marginally above the 6.6 per cent recorded in 2015. Short term interest rates are expected to trend between 11 and 15 per cent, peaking in the first half of the year as the Central Bank of Kenya seeks to balance borrowing needs with lower interest rates in the economy. The shilling is expected to remain stable over the first half of the year, gradually weakening towards KSh108 to the dollar, as the current account remains in a deficit despite recent improvement.

However, in its outlook, with the theme “Fiscal Consolidation” Britam Asset Managers warns that the Kenya government has to live within its means in order to maintain an impressive rate of economic growth, and ultimately fast track attainment of upper middle income status. It counsels that fiscal consolidation – which involves reducing fiscal deficits and checking accumulation of debt – is critical in enabling the government to consolidate previous growth and set the stage for even better prospects going forward.

“Kenya has achieved impressive economic growth in recent years. The real GDP growth has consistently outpaced the average for Sub-Saharan Africa over the last five years, mainly driven by strong performance in trade and real estate sectors, followed by agriculture and manufacturing. Together, these four sectors generate about half the country’s GDP; though this contribution has been reducing gradually, an indication of increased diversification of Kenya’s GDP,” Mr. Kaniu added.

Stuttering global growth in recent years has made borrowing from foreign sources expensive as Kenya resorted to borrowing on more commercial terms. This has led to heightened domestic borrowing that has come at a cost – high interest rates that have crowded out the private sector and inconsistency in monetary and fiscal policy regimes.

Kenya’s budget deficit as a percentage of GDP has widened over the last five years to stand at the current 8.7 per cent, the widest in East Africa. Foreign borrowing has also soared, from 23.5 per cent of GDP in 2008 to 28.5 per cent last year. While Kenya’s total debt levels (50 per cent of GDP) remain sustainable, the firm warns that the accumulation of debt and wide fiscal and current account deficits leave Kenya vulnerable to large interest rates and currency movements.

Britam Asset Managers warns that while the expansionary fiscal policy adopted by the government to stimulate growth has proven effective in recent years, there is need to anchor future growth in a fiscal consolidation framework. The asset manager notes the need for better absorption of development funds and overall fiscal discipline in driving sustainable private – sector led economic growth.

The asset manager highlighted sluggish global economic growth, uncertainty in crude oil prices and supply side shocks (such as food inflation) as the main risks to their outlook for 2016. The firm also highlighted that effective budget implementation; prudent fiscal and monetary policy would play a big role in the attainment of domestic growth targets.

Student project sees birth of a ‘Made in Uganda’ vehicle

Following the considerable success of the inaugural Angola Energy Month December 2020, the Angolan…

Dimension Data, has appointed Christopher Makyao as the Managing Director for its…

The Kenya Private Sector Alliance (KEPSA) has outlined 55 locations, where covid-19 vaccinations…
Prev Next 1 of 386
Social Media Auto Publish Powered By : XYZScripts.com
Sign in
Sign in