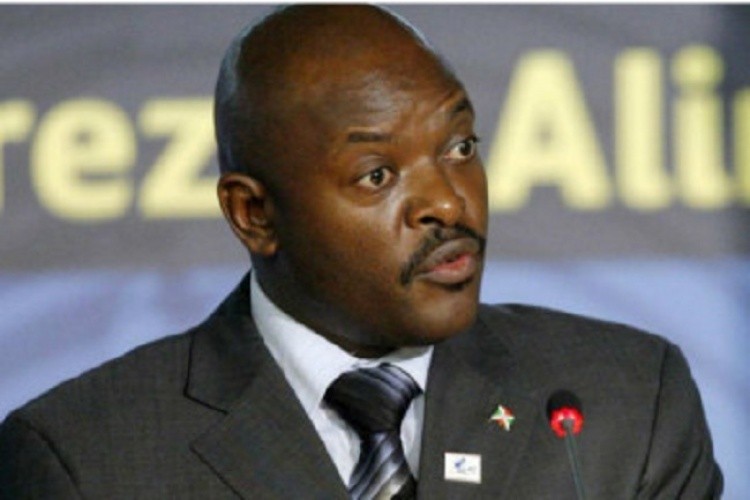 The Southern African Development Community (SADC)has rejected Burundi’s application to join the bloc, saying Bujumbura did not meet all the requirements.

A statement issued last week on Tuesday quoted the SADC chair, Namibian President Hage Geingob, as saying that Burundi did not meet the bloc’s admission requirements after the latest assessment.

Burundi’s internal political instability is blamed for this as President Pierre Nkurunziza continues to face allegations of stifling democracy since he ran for a controversial third term in office in 2015. His administration has denied the allegations.

Speaking in Tanzania, President Geingbob said, “The SADC assessment mission was in Burundi, but recommended that it is not yet beneficial for Burundi to be admitted into SADC,” due to what he called the unresolved democratic process in that country.

We are also concerned about the counter-accusations between Burundi and Rwanda about interference in each other’s internal affairs,” the Namibian leader said.

In 2003, after the SADC Summit in Dar es Salaam, member states approved new criteria for admission of new member states that included the observance of the principles of democracy, human rights, good governance and the rule of law in accordance with the African Charter of Human and People’s Rights.

SADC is an economic bloc comprising 16 member states, including the recently admitted Comoros, with only East African Community member state Tanzania in the South African bloc.

The latest assessment mission to Burundi was undertaken from May 18 to 25.

Burundi’s application to join SADC was seen as its “Plan B” as it continues to face challenges in the other regional blocs it has membership in, namely the East African Community and the Common Market for Eastern and Southern Africa.

President Nkurunziza has missed most of the EAC Heads of State Summits since 2015 and, late last year, the absence of a Burundian delegation torpedoed the 20th Summit in Arusha.

Later, when they convened in February this year, he was represented by his first vice-president Gaston Sindimwo.

The summit had been postponed twice after Burundi’s boycott of the November 2018 meeting, which was rescheduled to December but failed to take place.

President Nkurunziza wanted the EAC leaders to first address differences pitting his country against Rwanda. Relations between the two neighbours have soured since the failed Bujumbura coup in 2015.

Burundi has not been making budgetary contributions to the EAC and is said to owe more than $12 million. Its commitment to the bloc has therefore come into question due to the persisting default.

Bujumbura’s stay at Comesa has also not been comfortable. The 20th Comesa Heads of State Summit, which was scheduled to take place in June 2018 in Bujumbura, was postponed and pushed to Lusaka the following month, after doubts were raised about Burundi’s preparedness to host it.

That was the fourth time the Comesa Summit has been postponed. Initially, the Summit had been scheduled for 2017 but, due to lack of infrastructure in Bujumbura, it was moved to February 2018, then April 2018. But the April dates coincided with the Commonwealth Summit so it was pushed to June 1.

Bujumbura’s complaints that it had incurred huge losses due to the cancellation fell on deaf ears and the summit went to Lusaka.

When it applied to join SADC in 2017, observers saw it as Burundi’s route out of its uncomfortable stay in the EAC.

In 2017, Burundi and Comoros applied for membership in SADC, but after scrutiny, Burundi’s application was put on hold, while Comoros became the 16th member of the bloc.

Burundi’s Foreign Affairs Minister Ezechiel Nibigira said the country had regained stability since 2015, when it was hit by a political crisis that resulted in the killing of almost 1,000 people and left thousands displaced.

The application in 2017 was assessed first by the Inter-State Politics and Diplomacy Committee of SADC’s organ on politics, defence and security co-operation.

The Council of Ministers meeting in February 2017 ruled out immediate admission of the country, arguing that Burundi was politically unstable.

The Burundi government said it is yet to receive any information regarding its application to the SADC.

“For now, there is no official comment related to Burundi’s application to SADC,” Ines Sonia Niyubahwe, spokesperson of the Foreign Affairs Ministry, told The EastAfrican.

Barbara Lopi, the SADC communications officer, said the assessment on Burundi’s membership “is still ongoing and the findings of that mission cannot be made public before they are considered by the Council and Summit.”

The Big SGR Dream Begins to crackle Out As Losses scale