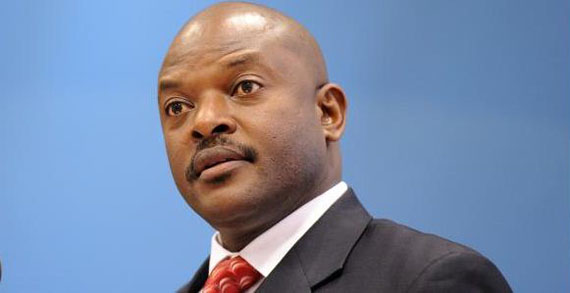 Though the East Africa Community (EAC) has registered notable progress over the years in the implementation of the Customs Union and Common Market protocols, the process has been met with numerous hurdles and hiccups, the latest being the decision by Burundi to end its trade relation with Rwanda.

Rwanda on its side is not shaken by Burundi’s decision to end their trade relation.

In reaction to the recent development, Rwanda’s ministry of trade, Francois Kanimba, said Burundi’s decision to cut trade ties with them is an apparent violation of EAC’s rules. He also said the decision will have minimal impact on Rwanda’s economy and that Burundi risked losing more in the long run.

The raging debate on who really needs the other between these two small East African countries notwithstanding, both stand to lose something, a position that Rwanda’s trade minster doesn’t seem to agree with.

“We will go to Uganda and Tanzania to get the same products that we have been importing from Burundi,” he says.

The ban on exports to Rwanda by the Burundian government has infuriated local traders and fruit farmers in Burundi who are up in arms pushing for the government to reconsider its decision.

Burundian President Pierre Nkurunziza has, however, defended his government’s decision claiming that the ban on export of food items is simply an implementation of a raft of measures that are being taken to protect the country’s food basket.

Burundi’s decision to break ties with Rwanda follows a series of tirades and jibes that have characterised the relationship between the two countries over the years, especially after the re-election of President Nkurunziza that was reportedly criticized by Rwanda’s Paul President Kagame.

Not so long ago, Burundi expelled Rwanda’s top diplomat over allegations of facilitating and training rebels to destabilise the country. This led to a spate of bitter exchange with both countries accusing each other of backing its enemies.

The diplomatic spat between Burundi and Rwanda, which ironically share history, similar cultures and socio-economic hardships, now appears to have escalated into a whole new level and is beginning to upset the Community (EAC).

Fast-forward, Rwanda and Burundi joined the EAC bloc in 2008. Together with Kenya, Uganda and Tanzania, the five member states, in November 2009, inked the Common Market protocol, which came into effect on 1st July 2010.

Under the Treaty for the establishment of EAC, the Common Market protocol is considered as the second phase in the integration process and it provides for the ‘Four Freedoms’, namely the free movement of goods, labour, services and capital.

Burundi’s decision to scrap off trade ties with Rwanda therefore does not only violate the spirit of the on-going regional integration process, but also contravenes EAC’s Common Market protocol that it signed to be part of about seven years ago.

Also, the decision by the Burundian government to stifle free trade and movement of people violates the Treaty for the establishment of EAC and EACs’ Customs Union protocol, which to a great extent promotes closer political and cultural ties between member states.

“We are privy to Burundi’s decision and investigations are on-going. We will then make recommendations to the Council of Ministers for appropriate action,” says Daniel Kidega, EALA Speaker.

EAC’s position is that no member should deprive East African citizens of free movement with their goods and services.