Business acumen with a motherly touch 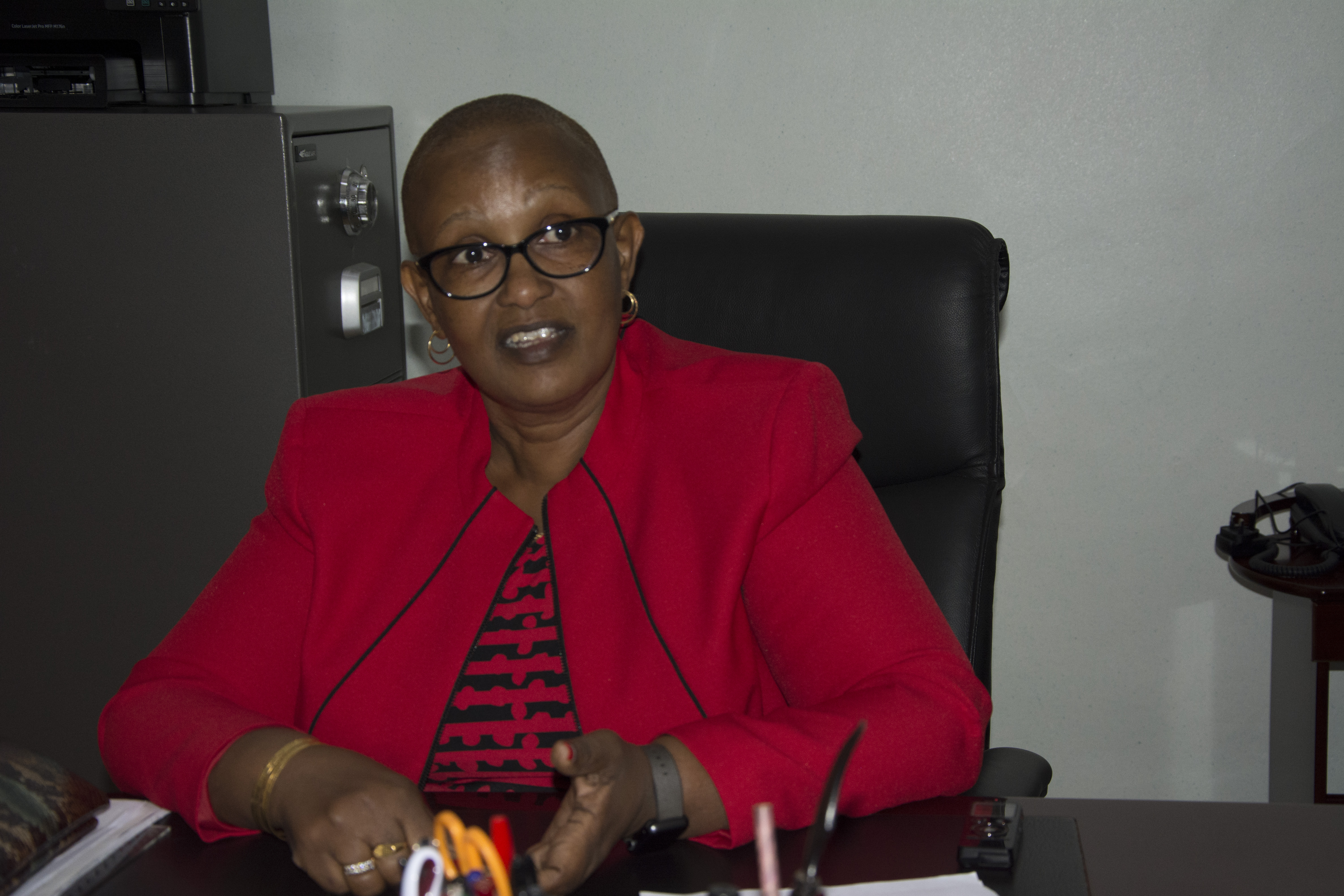 Ugandan entrepreneur, Lydia Oile has sailed through setbacks, including losing her husband, to grow successful businesses in 25 years

Looking back, Lydia Oile can appreciate the daring entrepreneurial journey she’s covered in the last 25 years. Despite it being tough, it has been rewarding, she reckons.

The director of Lawsam Chemicals is the latest to receive the MTN Women in Business Award accorded to her during the telecommunication company’s 5th annual fete that celebrates businesswomen for their excellence in financial services/management.

“2017 has been a God sent year, as I was honoured to receive three awards from three different companies; starting with the MTN Women in Business Award. Another one was the Woman Entrepreneur of the Year 2017 from Uganda Women Entrepreneurs Association (UWEAL). It encourages to know there’s a feel of what we do and how we impact lives in Uganda,” Oile beams as we gesture to an award neatly stacked in a wall cabinet in one of her offices along 6th street in Industrial Area, Kampala; during a courtesy call to the establishment.

She flashes back to the cunning days in the early 90s when she had to make some tough choices that would influence fate of her business today.

Married to a Kenyan man, Lydia, a Ugandan by birth, had just been recalled by her husband to come and manage their family business in Uganda. Her husband had planned to cross over to Kenya to pursue his political ambitions. Actualising the arrangement was nonetheless going to be tricky since the couple lived in separate cities and countries.

Lydia worked as an aesthetic assistant then, living in Nairobi while the husband ran a family business from Kampala. Her dilemma was between quitting her job and moving to her native Uganda or remaining in Kenya to support her husband’s political ambition.

In 1991, she travelled back to Uganda to take over management of the business; while her husband pursued his political agenda in Kenya. A few months in, she realized there was need for expansion. First, the firm operated on a rented premise. Secondly, it largely depended on imported raw materials from Kenya to make industrial detergents.

She shared her financial woes with a friend who advised her to seek help from Dfcu bank, which at the time supported Small and Medium Enterprises (SMEs). But there lurked a big challenge approaching this bank.

“I had never banked nor transacted with it before. I, however, said ‘let me give it a try’. With a watertight business plan and extensive lobbying, the bank finally accepted to finance my expansion plans,” Lydia says.

With the capital, she walked into industrial area, surveyed a variety of properties and settled on an old storey building which she purchased, renovated to her taste and fit in furniture and requisite processing machines. She also hired more staff.

Few months into operations and the firm recorded impressive returns, becoming the lead distributor of industrial chemicals, detergents and sanitation chemicals for Diversey, a multinational company. Other than importing, Lawsam Chemicals also ventured into manufacturing industrial detergents for brewing and bottling companies.

A gradually increasing clientele also expanded the firm’s distribution channel to the high end clients, where they received orders from some top hotels and manufacturing plants in Uganda.

Unfortunately, in 1999, a tragedy hit Lydia’s family when her husband passed away. She had to stand on her feet and fight the emotional setback to provide the best for her three children.

In 2004, the entrepreneur ventured into yet another critical sector, marking a new dawn for her business and the native country Uganda.

“I noticed so many people travelled far for treatment and this incurred them very high costs. Most of them died despite suffering from minor ailments that could be urgently treated locally. This is why I made up mind to establish a modern health centre that would cater to a variety of ailments in Uganda and beyond at affordable costs,” she says of the hospital, which was later opened in 2015 with six health departments including in and outpatient services.

“As a mother, I believe we are made to give special care and if we extend this care to patients, the healing process becomes faster and less painful. The kind of treatment we offer here is an outpouring of kindness,” Oile adds.

The ambient setting at the round-shaped hospital is curing, with the five star self-contained rooms with televisions and fridges. The nurses and other health officials are just a click of the button away, ready to offer services spanning from medical consultancy, cancer care, pediatric services, ambulance services and antenatal services.

The hospital also has a health and wellness centre that offers services such as facial treatments, reflexology, aroma therapy and holistic massage, among others, to patients and other attendants.

In its two years existence, the hospital has not only offered health care services but also charity programs through the ‘Le Memorial Smiles through miles health campaign.’

“This is a health campaign aimed at creating awareness about lifestyle diseases in form of a health run called ‘smiles through miles.’ We organize it every last Saturdays of the month where we invite the public to participate, thereby teaching people of the essence of having frequent checkups, exercising and eating healthy,” she says, adding that corporate organizations are also enjoined in the campaign.

Other than investments in the health sector, Lydia has now trained focus to interior design through her firm Tausi Décor. It’s for her entrepreneurial acumen that the CEO scooped Woman Entrepreneur of the Year 2016 from Uganda Investment Authority last year.

Her success, she believes, hails from her passionate drive to realize dreams, hard work and determination. She also believes in compassion to the less fortunate. And now takes care of more than 20 children from underprivileged families, as well as orphans.

“I have also opened up an account in Le Memorial Medical Services whereby some underprivileged community members can be treated at subsidized rates, so I believe I have tried to give back to my community,” she says in a statement.

However, the director says there’s room to improve on both business and community service through corporate social responsibilities. She is looking out for private partnerships with government to be able to offer quality cancer care at affordable rates. She is also lobbying for funding from partners to offer more health specialties for her patients.

Additionally, the CEO hopes that government develops necessary infrastructure, especially roads and consistent power supply, as such are essential to emergency services offered by many hospitals.

The trait of independence that she’s learnt over the years since losing her husband 18 years ago is now impacted on her three children.

Contrary to many families that train siblings on running family businesses at a tender age, the daughter of Reverend Yosiya Kabugombe believes in nurturing independent-minded children; those that decide independently the areas they have strengths in and create positive impact in those areas.

The ninth born in a family of 10, Lydia hopes to see her hospital create an impact in the grassroots throughout Uganda and across the region. For her, the sky is the limit.