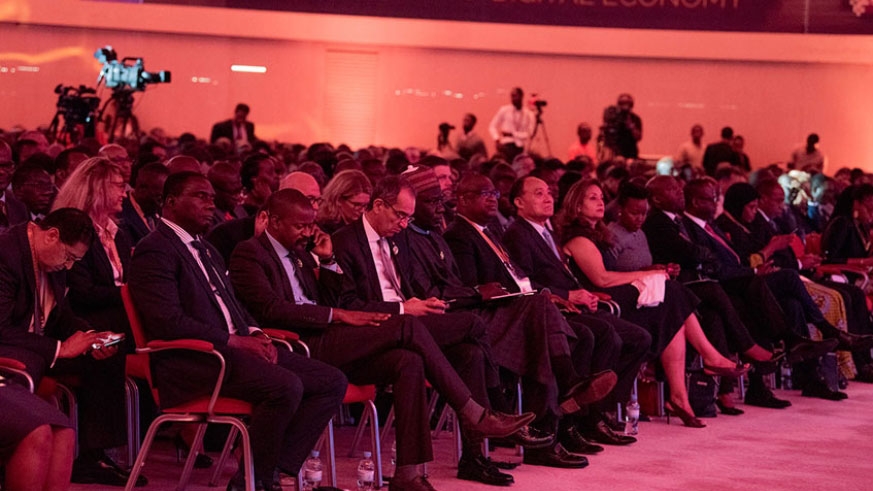 During the fifth Transform Africa Summit that was held in Kigali last week, a number of business owners made attempts to cash in and make the most of the over 40,00 delegates who were in town.

Among those whose creativity and innovation featured prominently were bars, restaurants, night clubs as well as tours and travel operators. A number of establishments saw an increase in clientele during the summit.

Sharif Ishimwe,  a tour guide at Kigali City Tour Limited, a travel company operating the double-decker sightseeing bus said that though its currently low season for the company the  Transform Africa Summit turned the tide.

He said that ticket sales went up leading the firm to run three city tour shifts a day during the summit.

Ishimwe said that, since their launch this year, majority of their traffic has been during the weekend but last week was an exception.

During the three days of the summit, the firm operated at full capacity. Ishimwe said to position themselves ideally for the surge in ticket sales, they parked the bus conveniently at the Kigali Convention Centre where the summit was held. This made passersby curious about the city tour packages.

Bars and restaurant moved to tailor make packages for the visiting delegates giving them a pass time after the daily sessions.

The Manager at Riders Lounge, Dorcas Wambui said that the lounge organized several events specifically targeting the delegates who were in Kigali for the summit.

“On Wednesday and Thursday (last week), we held themed events to entertain visiting delegates, and it was the first time for the lounge to organize such events”, she said.

Across the city, businesses tailor made packages for visiting delegations which were convenient with the guests schedule. For instance, a group of local producers arranged logistics for clients to be ferried to their shops in the city centre for shopping. Multiple tour companies offered packages for city trips to various parts including cultural sites and artistic sites.

Such conference and events packages could in coming years increase the average expenditure per tourist in the country consequently driving up revenues and job creation.

Increasingly, stakeholders in the local tourism sector have been urged to be more innovative especially in coming up with revenue generating activities and showcases to entertain guests visiting Rwanda for conferences.

Theresa May announces her resignation