Njoroge said to curb illicit finance, all old Sh1,000 series notes have been withdrawn by a Gazette notice dated May 31 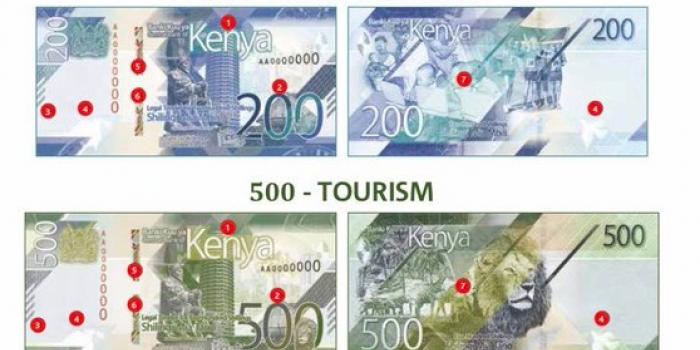 The new generation bank notes are now in circulation.

During Madaraka Day celebrations on Saturday, CBK governor Patrick Njoroge announced the notes were issued on Friday, May 31 via a Gazette notice.

Njoroge said to curb illicit finance, all old Sh1,000 series notes have been withdrawn by a Gazette notice dated May 31 and Kenyans have until October 1 to exchange the older notes for newer ones.

CBK Governor said the new notes will serve as a means of passing knowledge and passing culture and promoting Kenya’s global uniqueness.

All notes bear the image of KICC.

They also have each of the Big Five animals.

Each note has a unique theme.

Following the passing of the 2010 Constitution, the CBK was mandated to spearhead the production and roll out of the new currency notes.

The Constitution prohibits the use of a person’s portrait on currencies meaning the upgrade is expected to have new features.

Notes currently in circulation have the images of first President Jomo Kenyatta and his successor Daniel Arap Moi.

The new-look notes are fashioned to enable the visually-impaired to use them.

Kenya’s inflation rate drops to 5.5 per cent for May