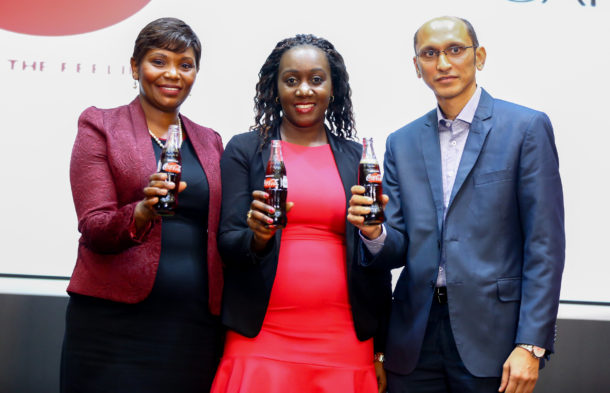 Coca-Cola has Thursday launched Coca-Cola Zero Sugar in a bid to modify its brand portfolio and further extend its market share.

The Non-alcoholic beverage firm is adding more  Coca-Cola variants in the market; Coca-Cola Original Taste and Coca-Cola with Zero Sugar, which has an improved taste.

Speaking at the launch, Coca-Cola Country Manager Kenya, Satyajit Ram said,” To drive sustainable growth for our brands will require a continued strategic shift in how we think about growth and how we continuously satisfy the needs of our consumers.”

Coca-Cola Zero Sugar will be available more outlets in 300ml RGB, 500ml, 1.25Lt PET and 330ml Cans. The company has embarked on new innovations including launch of Minute Maid Pulpy and Dasani Sparkling Flavoured waters in line with their vision to be a total beverage company.