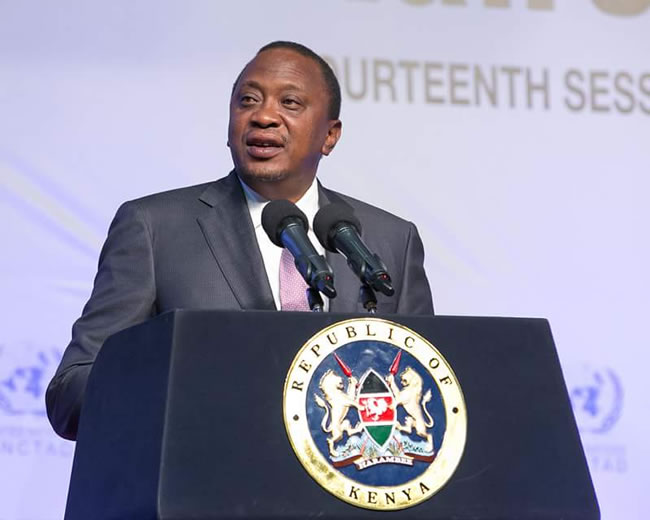 Heads of State drawn from the Common Market for Eastern and Southern Africa (COMESA) are keen to see the incorporation of small and medium enterprises under the impending border-less trade on the continent.

The leaders who were represented at the opening of COMESA’s high level business summit in Nairobi on Wednesday lay emphasis on the growth of the micro-enterprises who between themselves contribute to the largest share of jobs and Gross Domestic Product (GDP) output.

“Each government should have the political will to support SMEs as they wouldn’t be able to penetrate a continental market by themselves. Further, we risk developing a free market which only serves the big boys,” noted Zambia’s President Edgar Lungu.

While the continent is adequately resourced with a hardworking and enterprising populace, trade between partner states has remained well below average as exports to the rest of the world remain dominant.

Intra-trade within COMESA accounted for a mere Ksh.814 billion ($7.9 billion) in 2017 in comparison to a greater share of Ksh.9 trillion ($86.9 billion) in total global exports.

“We must promote policies and measures to better the business climate by, for instance, eliminating barriers to SME licensing. We can also seek to relax some of the rules of origin to enable enterprises to source for raw materials widely,” he said.

The regional business community which was present at the summit’s open however blasted the Head of States for the continued prioritization of identity politics which they say leaves enterprises on the short-end of the hullabaloo to further dampen the stakes for harmonized cross-border trade.

Kenyan Businessman and Chair to the Brand Kenya Board Linus Gitahi lamented the heavy burden of political disapproval to market liberalization on regional traders, whom he says have had to contend with the impact of haphazard shifts to policy.

“It’s about coherency and predictability so that we don’t find ourselves moving trucks to the Tanzania border only to be turned back on an overnight change. We must commit on long-term consistency in policy formulation,” he said.

Trade without borders on the continent is expected to come more into the light, this as the continent moves to make operational the Africa Free Continental Trade Area (AFCTA) following its capture of legal status on June 1, 2019.

Entities such as COMESA and the East Africa Community (EAC) are expected to dissolve into the larger free trade area, this as members on the other hand move to consolidate the regional economic blocs into the Tripartite Trade Area to incorporate membership from the Southern African Development Authority (SADC).

SMEs currently remain on the back-foot of prosperity, strained largely by interlocking challenges to include a stranglehold on credit access, competition and barriers to entry.

In Kenya, the entities who make up nearly three-quarters of all jobs represented by a workforce of over 14 million people lie no different to their peers in the region as the enterprises continue to filter in the effects of a worsening business environment represented by among other factors, constrained financing under interest capping and high pending bills on government procurement.

The regional business community has challenged governments to free up market access, opening up businesses to the over 1.6 billion people on the continent whose GDP is estimated at over Ksh.350 trillion ($3.4 trillion).

Presently, 82 percent of all African countries’ exports fall outside the region.