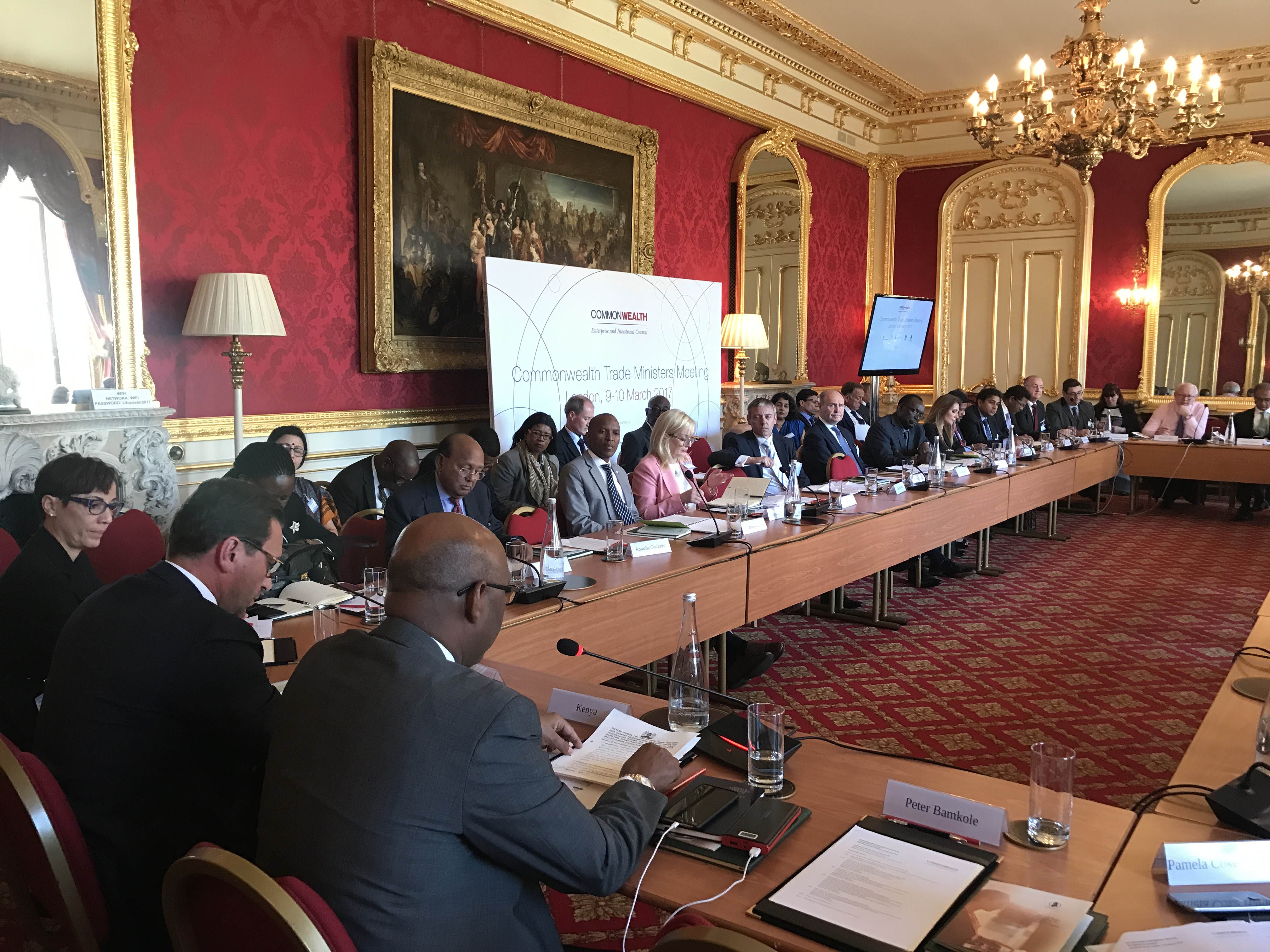 The Commonwealth Trade Ministers were in London last week to explore the future for trade given the impending Brexit process and an uncertain US Trade Policy that could herald a new beginning for the 52 member bloc.

With the UK likely to trigger the exit process in coming weeks or months, there is push to ensure less disruptive trade in the transition period. It remains a concern for many countries given the fact that it coincides with a new era of Trade Policy in the US as well. Kenya’s is represented in the meeting by International Trade Minister Adan Mohamed.

Underscoring the important role that increased exports could play in the economies of Commonwealth Member countries, and which could have far-reaching influence on the level of economic growth, employment and the balance of payments, Minister Mohamed said “ globalisation, improvements in infrastructure, economies of scale and reduced tariff and Non-Tariff Barriers have all helped the expansion of intra-Commonwealth exports and their contribution to national incomes. However, more needs to be done in the area of opening up markets for each other’s goods and services.”

“Whilst Brexit remains on the cards for most countries, it remains to be seen and countries will have to wait for the process to take shape. Growth in exports has been creating employment, especially in manufacturing industries and other value adding activities; and diversification with a greater reliance on service sector based exports”, he added.

Mr. Mohamed was speaking at Lancaster in London when he led a Ministerial Session in a session discussing growing exports as a crucial enabler to job creation especially for SME’s.