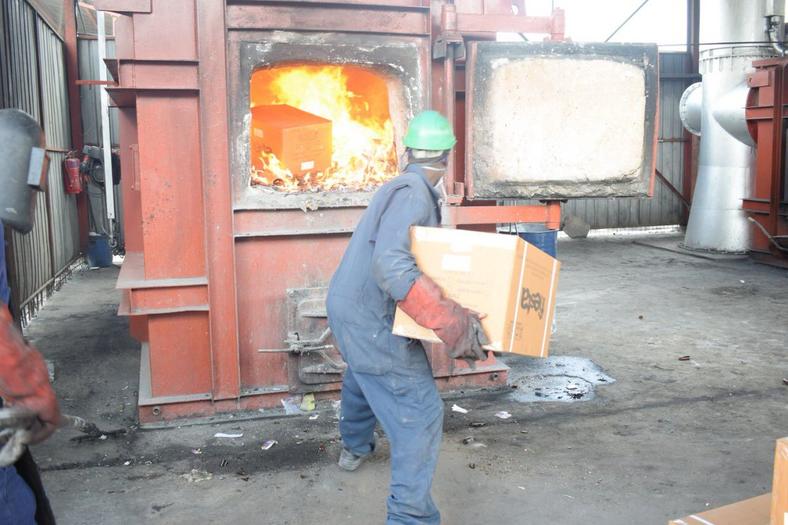 Pharmacy and Poisons Board Saturday oversaw destruction of Fiesta brand of condoms worth Ksh10 million over poor quality speculations. In a statement, the board said the condoms which had been recalled from several point of sales had substandard issues.

The recalling exercise started last year when the Health ministry made a discovery of thickness defect. The Board had told the manufacture, Cupid Limited, through a letter on November 20, 2018, that the condoms were faulty. 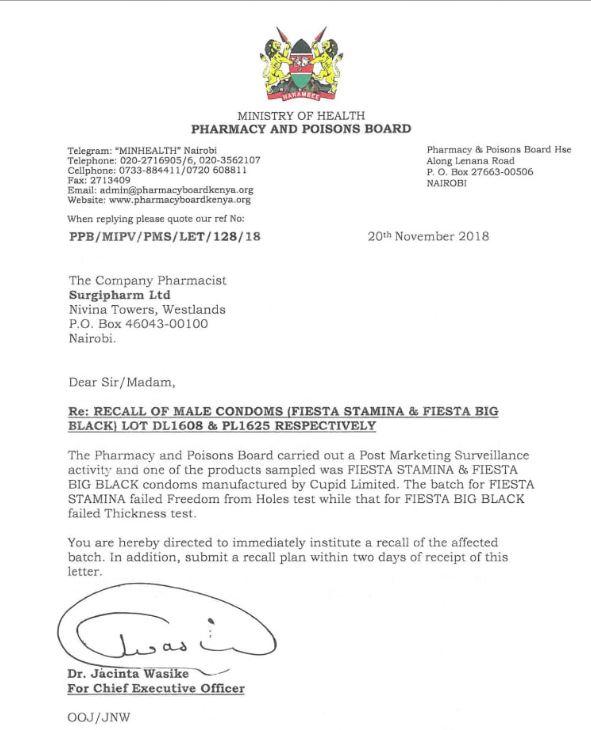 “The Fiesta Big Black failed the thickness test. You are hereby directed to immediately institute a recall of the affected batch. In addition, submit a recall plan within two days of the receipt of this letter,” the letter signed by Jacinta Wasike read.

This was after a man successfully sued Beta Healthcare and Kenya Bureaus of Standards over a condom that he said burst during intercourse. The board has also called upon the public to be vigilant and report any suspected poor quality medicines and suspected drug reactions.

It also asked health workers, health establishments including chemists and pharmacies to report the same.