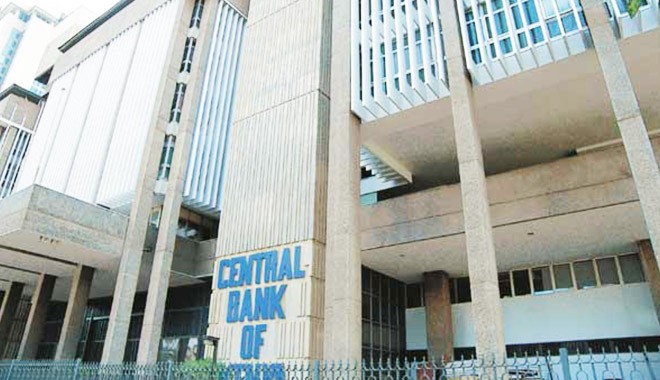 Counties will soon be able to seek money from other sources to meet funding gaps running into billions of shillings.

Currently, counties can take loans only under tight conditions.

A county government may borrow only if the national government guarantees the loan and the county assembly approves.

The current sources of funds for counties are local revenue, conditional grants, equitable share from Treasury and donor funds.

On Thursday, the Commission for Revenue Allocation launched the county creditworthiness initiative.

Chairperson Jane Kiringai said 10 counties are set to have their shadow rating scope by September.

Kiringai said counties had expressed frustration while trying to go to the market to source for funds for infrastructure to bridge their funding gaps.

“We will do credit worthiness rating for 10 counties before scaling to other counties as no one will be left behind,” Kiringai said in Nairobi.

Initially, only nine counties were to take part in credit worthiness initiative.

However, Nyandarua joined the group of nine following the Auditor General’s clean bill of the books of account.

Mombasa, Laikipia, Lamu and Kisumu are yet to submit their work plans while Nyandarua is going through self-assessment.

Counties were to undertake self-assessment after training of the finance CEC.

They were then supposed to furnish CRA with a detailed work plan before rating agency work with them in preparation of their shadow rating.

After the process is complete, counties may decide to make their results public or not.

“The success of the initiative will be realised if we can come up with regulations framework and an informed fiscal infrastructure. We also expect capital markets with robust products for counties and strong public finance management systems,” Kiringai said.

CRA is an independent commission whose constitutional mandate is to recommend the basis for equitable sharing of revenue and resources.

Its main function is to make recommendations concerning the basis for the equitable sharing of revenue raised by the national government.

Under Article 216(2) of the Constitution, the commission may also make recommendations on other matters concerning the financing of, and financial management by, county governments, as required by the Constitution and national legislation.

The initiative is set to help counties become creditworthy and enable them to attract investors.

Kiringai said county executives for finance were trained for a week to build their capacity.

She said the fact that no single county had clean audit was one of their biggest challenge.

Kiringai said most counties missed their revenue targets while in others salaries took a large chunk of funds leaving out nearly nothing for development.

“For a county to qualify to access products in the credit market, their  capacity to generate their own revenue is critical,”she said.

Kiringai said one of the things Treasury will have to look at while providing a guarantee is the capacity of counties to generate their resources over and above allocation from the national government.

“It will demonstrate that they have capacity, ability to pay on time,”she said.

The chair said studies have been done on the potential that counties have in raising their revenues.

She said Nairobi, for instance, can generate over Sh70 billion from the current Sh10 billion if it puts systems and structures in order.

Kiringai said they are however developing a curriculum together with National Treasury on how to help counties tap into the potential they have.

On counties whose lion share of money goes to salaries, Kiringai tasked them to put their house in order.

“There is no way you will go to the market with bond unless you have restructured your internal expenditure systems to ensure sufficient fiscal prudence,” she said.

CRA and World Bank hired Metropol, a firm that was established in Kenya in 1996 as a business Information and credit management company.

The firm is licensed by the Central Bank to provide credit reference bureau services to all banks.

Metropol is set to hit the ground next week gathering information about the 10 counties.

They will, among other things, look at debtors’ books, projects expected to be done as well as the existing ones.

Higher ratings for counties means that they will secure resources from financial institutions with low price.

Kibuthu said the initiative will start with three counties before being rolled to the others.

Kingi described the initiative as a “vote of confidence in the devolved units.”

He disclosed that Mombasa county scored 46 per cent in the first assessment.

In the second assessment however, the county reached 77 percent.

Kimemia urged the commission to look at counties that add value to the GDP of the country.

“It needs to be linked to what you contribute to the life of the people but not to buy vehicles,”he said.

Kimemia said the push and pull over division of revenue needs to stop.

He said there is a need to map resources so that they are put in areas with massive potential in terms of outcome.

Kimemia said their own assessment scored 56 per cent.

Wangamati said many counties were getting good reports from the Auditor General on how they spend resources allocated.

He said 70 per cent of the Sh12 billion in his county goes to recurrent expenditure leaving only 30 per cent for development.

Wangamati , who is the Council of Governors finance committee chair, said there are a lot of resources that the initiative will tap into.

He urged CRA to bring Treasury on board.

“This process (credit worthiness) should have started immediately after devolution. It needs to be fast tracked as it is helpful,”Wangamati said.

Kenya keen to broaden cooperation with China over fintech development