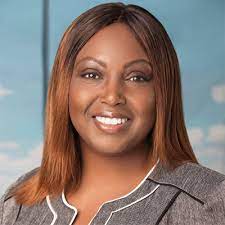 Karuri will replace Joseph Wanjohi who has been in an acting capacity since May. This position fell vacant in May following the exit of Kris Senanu barely a year into the job.

Prior to her appointment, Ms Karuri has been serving as AT&T director of IoT technologies, a company where she has been working for 19 years, serving in various management and leadership roles.

Ms Karuri joins other new faces that have taken executive roles in the company in the last two years as the telco aims to enter new ventures to offset declining voice revenues. More than half of Safaricom’s executives have quit the telco over the past two years, allowing CEO Peter Ndegwa who replaced Bob Collymore in April 2020 to build his own team.

Eight executives occupying the 11 C-suite seats at Safaricom have left during the period under review for roles outside the firm or at British Vodafone and South Africa’s Vodacom—which have a combined 40 percent stake in the Kenyan company.

This has allowed the firm to tap new skills in Kenya’s evolving telecoms market and shape the management in line with Mr Ndegwa’s strategy that seeks to maintain Safaricom’s profit trajectory.