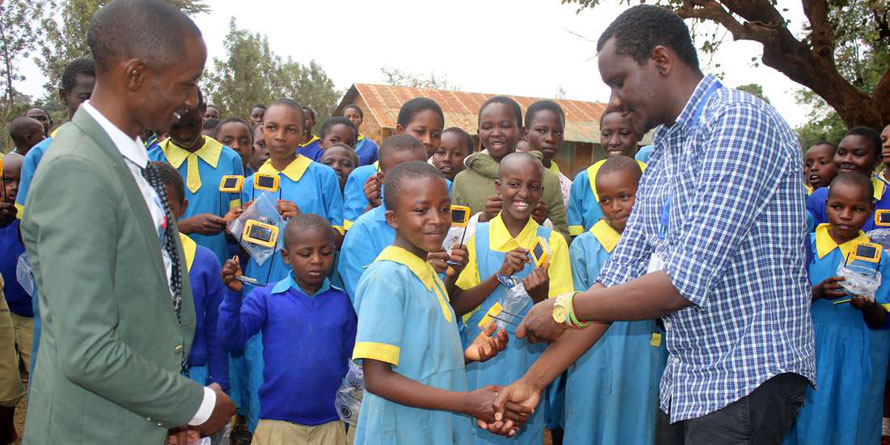 The race to develop efficient clean solar technology is taking course as firms and start-ups continue to hold great promise in the eyes of consumers concerned about alternative energy.

This newfound interest and the focus on clean solar energy is a positive in meeting the country’s power needs.

While companies like Mkopa and Azuri have had well documented their struggles in the market to finally set a foothold in the region, there have been an equal number of new start-ups exhibiting a similar type of success stories in the clean energy solar space.

A novel start-up based in Nairobi, SolarPoa has made its debut selling solar lanterns to rural communities where the electric grid is not accessible.

The private based company is targeting East African market, as its base owing to the availability of sufficient solar irradiation.

The solar firm primarily deals with clean energy to promote solar in homes, schools and health facilities with the belief that solar power presents more than a substitute for traditional energy.

The firm set its root in 2016 behind the energetic spirit of a co-founder who also doubles up as the head of communications for SolarPoa, Collins Kinoti.

He states that the purpose is to produce a highly efficient and affordable option for solar energy for the benefit of the end user and, essentially, the user’s money.

The solar firm specialises in selling solar security lights, solar powered kit that includes a solar-powered blood bank and fridges to store blood for health institutions n the rural areas that lack electricity to enable them to operate for over 24 hours.

“Hospitals lack facilities, major being power, sometimes there is a power breakdown, we are enabling them to have equal accessibility in a bid to save lives, the Solar for health gives the rural medics a chance to perform medical occupations uninterrupted,” he says.

SolarPoa has collaborated with Yingli Solar, one of the world’s largest solar panel manufacturer and a global solar energy industry leader to manufacture their solar products according to their specifications.

Kinoti says that their products have numerous advantages, including energy cost savings of around 3,000 (US$30) per month for the average Kenyan household.

“The system is at least 40 percent cheaper than other solar water heating systems”, he says.

Kinoti reveals that their revenue projections have shown some success at least on a small scale since they had started operations last year.

Among them, one of their ingenious innovations is the SM100, an entry-level light currently which available on the market, it combines an extraordinary compact, versatile design with a long-lasting lithium iron phosphate battery lasting for over five years creating a multi-functional light that meets the basic lighting needs of families living off the electric grid.

The SM100 solar light, which was developed specifically for off-grid families and schoolchildren and can provide more than six hours of bright light per day, and can be used on a stand or hung from the wall when in use.

The lamp, according to Kinoti also includes slots for a strap, so that the light can be worn as a headlamp for hands-free tasks or can be used as a handheld light.

Kinoti says that the lamps would help the families cut down on the cost of kerosene and torch batteries.

“The lantern reduces the risk of eye ailments and respiratory illness as observed from kerosene lamps which produce a lot of smoke, at the same time reduces the cost of purchasing fuel on a daily basis,” he points out.

Furthermore, he adds that the rural community is set to benefit from clean lighting, along with a number of other indirect benefits, which is a key tool in reducing poverty.

Tough challenges remain for solar start-ups as operating capital is a major setback, “In order to build and sustain the solar firm, we need a large chunk of funding because we spend a lot in manufacturing and transporting,” he says.

With several solar firms cropping up and taking over the market, Kinoti is positive that they will rise above the pack.

“We seek to improve our competitive advantage and to increase the diversity for our products and services and to ensure that we have lit every household in rural as well as other regions in East Africa,” He says.

The solar firm has contributed to the installation of over 1500 solar products in different institutions and has employed more than 80 people including field agents and brand marketers.

Kinoti is confident the solution will see positive uptake both in East Africa and across Africa as the firm aims to become a world-renowned solar company, with its foundation deeply rooted in Kenya.