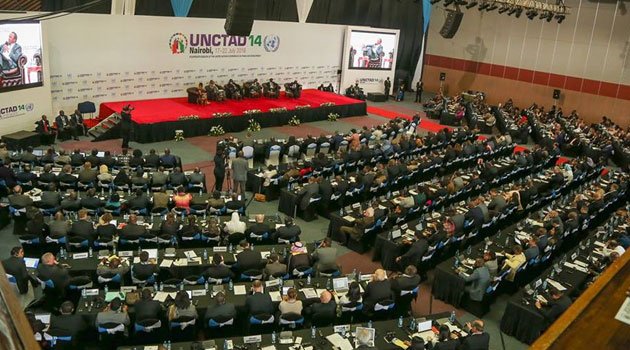 Developing countries would be better able to finance Sustainable Development Goals if rich countries were meeting their 2002 target to put 0.7 per cent of gross national income into overseas aid.

According to United Nations Conference on Trade and Development (UNCTAD) Secretary-General Mukhisa Kituyi, if rich countries had consistently met the 0.7 per cent target since 2002, then developing countries would have been $2 trillion better off.

“The sustainable Development Goals represents the outcome of long, serious discussions on how we want our World to look in 2030, but this vision needs serious finance. The 0.7 per cent target will be a hard sell for many rich Governments, but these are a daring, ambitious set Goals, and they require an equally ambitious response,” says Kituyi.

By focusing on the Sustainable Development Goals, this year’s report reflects the international focus on the new Goals, putting numerical values on roughly a third of the Goals’ 230 indicators. It also generated the $2 trillion figure and highlighted some of the challenges in measuring progress on achieving the Goals.

“The global community has major gaps in its data and must find ways to use the existing data much better,” Mr. MacFeely said, adding that this year’s report would help to move measurement forward. “This report is online and interactive and has already thrown out some interesting results,” he said.

Only six countries have ever reached this target, which was first proposed by UNCTAD in 1968, then agreed to by the global community in 1970 and later reconfirmed at the International Conference on Financing for Development that was held in Monterrey, Mexico, in March 2002.