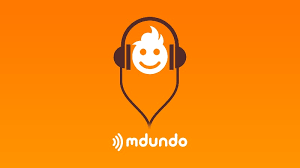 Mdundo.com gives artistes and music lovers something to smile about

The Kenyan music industry has grown exponentially. Today, the industry boasts of numerous genres of music, increased number of artistes and radio stations. The demand for music has grown too, thanks to smartphones and tablet devices, coupled with growing broadband penetration.  An average consumer has numerous devices which they might wish to play music on, some connected and some not.

But despite all these, most artistes have nothing to smile about as expected. Piracy and consumer habits have seen record sales plummet over the years. Consumers are looking for content. While others could be happy paying for content, a majority are happy to download it illegally. It is estimated that about 80 per cent of music in Kenya is pirated. While there are copyright laws, they are weakly enforced, exacerbating the vice.

“Consumers are often not aware that they are committing a crime. This makes it hard to curb the vice,” says Martin Nielsen, CEO of Mdundo.com —  an online music distribution platform.

Nielsen is among a handful of techprenuers in Africa giving consumers access to African music by providing a mobile web music platform where music can be downloaded legally.

Nielsen says rather than trying to tell consumers not to download content, it is important to give them an alternative to better access the content legally and in a manner that both consumers and artistes benefit.

Founded in 2011 by the African seed investment fund 88mph, Mdundo.com was created to offer an efficient music distribution channel for African artistes. This was in addition to providing a licensed download service for quality music from Kenyan artistes the world over.

Today, the mobile web music platform is one of East Africa’s largest online music marketplace with over half a million users and over 10,000 artistes from 37 different countries in Africa signed up.

The fast growth, especially the growing number of artistes signing up, Nielsen explains, is as a result of the state of the local music industry where musicians face challenges in distributing their work.

Mdundo’s business model is more or less similar to that being implemented by international platforms such as iTunes and Spotify, only that it addresses the challenges at a local level.

From their devices, users download the Mdundo app on the play store.  Once they have agreed the terms and conditions, they can access the music content-download or listen-on the site for free on their mobile or web devices. For Ksh200 per month consumers can also subscribe to the premium package which offers full access to the content and without adverts in between playlists.

Artistes on the other hand, register online. Upon agreeing on the terms and conditions they receive an email with an activation link. Once the account is activated, within a period of 24 hours, the artistes will be able to create their profile, see the statistics and also upload songs on their own to activate the profile.

Nielsen says Mdundo has been working with corporate sponsors and brands interested in giving out music to Kenyans. Revenue generated from advertisements on the site is split among the artistes. Profit sharing between Mdundo and the signed artistes vary. For the non-exclusive, the ratio is about 70-30 with the artistes taking home 30 per cent. For artistes signed exclusively it is a 50-50 split.

One of the advantages of the platform, according to Nielsen, is that artistes are not bound by any restrictive contract. Rather, artistes can pull down their profiles when they feel dissatisfied with the service.  “There are some platforms where artistes have had to put up with unpleasant services just because they signed long binding contracts.”

Mdundo’s growth, according to Nielsen, has so far been largely driven by technological advancement in the continent. “Africa’s mobile telecom market is growing fast and this is going to provide a good ground for techies to develop solutions to curb piracy.”

In sub-Saharan Africa, mobile penetration is expected to reach 75 per cent and 700 million connections by the end of 2016, according to GSM Association.

In a bid to realise its vision of becoming a pan-African company, Mdundo continues to expand beyond Kenya to serve musicians and fans across the world. “We recently ventured into South Africa, Ghana and Nigeria as we seek to realise our pan-African dream of helping artistes distribute and monetise their music.”

He says most artistes barely make money outside their native countries despite having airplay in other countries, but for Mdundo the goal is to make artistes benefit from all over the continent.

The challenge for Nielsen and his team has been product awareness. Though most people have heard about the product, most still don’t understand how it works. The other challenge has been payment systems. Though the system allows for mobile money payment, the lack of a harmonised payment system remains a challenge for the start-up. Data charges in countries such as Kenya also continue to be a challenge for most consumers as well.