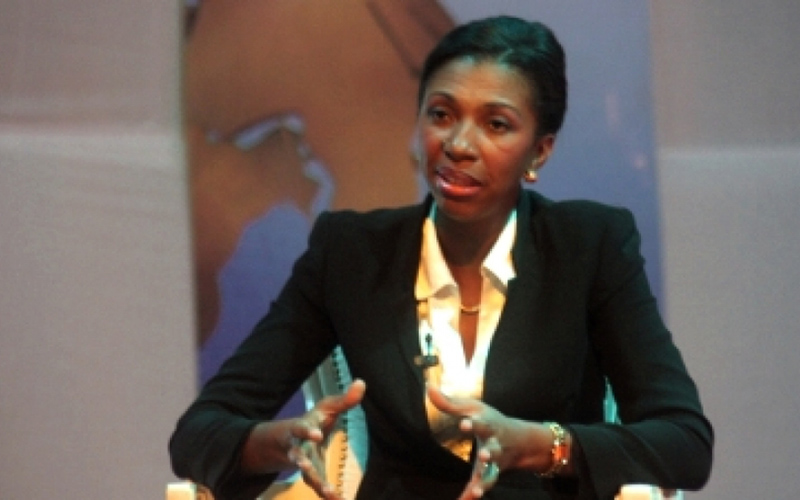 Lawmakers in the Democratic Republic of Congo, DRC, on Wednesday elected Jeanine Mabunda as head of the national assembly.

Mabunda was the only candidate fielded for the position after her main opponent, Henri Thomas Lokondo, was disqualified. The main opposition boycotted the process citing political manoeuvering.

The new speaker belongs to the Common Forum for Congo, FCC coalition, which is led by former president Joseph Kabila. She also got the backing of president Tshisekedi’s CACHcoalition.

She becomes the first woman to occupy the top legislative seat. She is the sixth substantive speaker and takes over from Aubin Minaku – speaker between 2012 – 2019.

“It is done!” she said in a tweet after she was duly elected. She had earlier in her address to lawmakers promised to work with all parts of the legislative chamber in the interest of citizens.

Among other roles, she has served as Minister of Industry and advisor in the fight against sexual violence and the recruitment of child soldiers under Kabila’s presidency. She is also leader of the women’s league in Kabila’s party, the PPRD.

The lawmakers – 500 in total – had gathered since Wednesday morning to elect the president of the National Assembly. Jeanine Mabunda, who formerly chaired the Industry Promotion Fund (FPI), takes the role whiles she will be deputized by the ruling UDPS’s Jean-Marc Kabund.

With the election of a leader for the National Assembly, the next important step being awaited is the nomination of a Prime Minister for the country, four months into Tshisekedi’s presidency.

The main opposition led by the Lamuka coalition had decided to boycott the vote to protest against the “majority coalition” which involves the supporters of President Felix Tshisekedi and his predecessor Joseph Kabila.

Lamuka’s candidate in the December 2018 polls, Martin Fayulu, still insists that he is the rightful winner of the first post-Kabila polls. He is widely regarded as having won the vote but a poll petition he filed was dismissed by the courts.