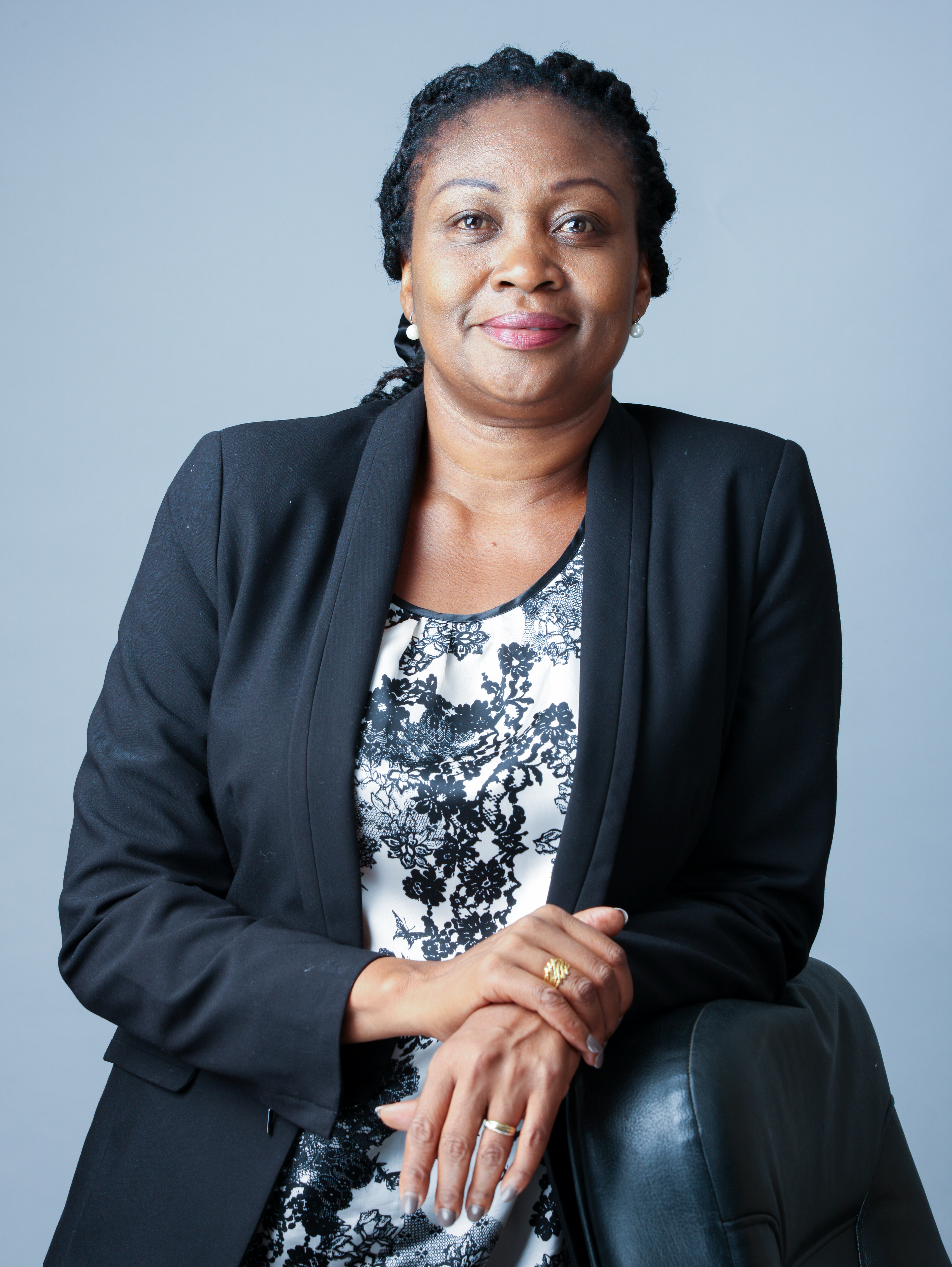 Rita Kavashe, the first local managing director of General Motors East Africa, is a bubbly and a down-to-earth person.

She immediately puts you at ease with small talk about her dress, the weather and cars. But once you start asking her questions, you realise she is reaching for the stars. Quite literally.

Her career at GM began in 1995 and after a series of moves entailing increased responsibility, which included Domestic Sales and Distribution Manager to District Manager, Rita was appointed Sales and Marketing Director in 2006. In September 2008, she was appointed Commercial Director.

During this time, sales in the region grew by more than 30 per cent.  Her hard work saw her appointed the first local head of General Motors Kenyan business in 2011 and since the appointment, Rita has helped further grow the company’s business, cementing its market lead.

A Kenya Motor Industry Association report says GMEA’s total sales in 2015 stood at 6,516 units compared to 4,962 units the previous year.  This was despite fierce competition from imported vehicles and high interest rates.

For Rita, the impressive results were an upshot of increased public infrastructure works such as construction of the standard gauge railway and the growth of SME. She adds that a clear understanding of the market and coming up with innovative products that meet the needs of customers has also been key to growth.

Through its Isuzu brand, the company in 2014 embarked on a countywide campaign aimed at engaging consumers at the county level in a bid to grow market share and expand its customer base.

In the campaign GMEA, sought to deliver transport solutions to the unique demands of each of the 47 counties in Kenya. Rita says GMEA was able to identify several areas where customers were facing challenges.

Among the revelations was that activities in the retail, agriculture and construction industries were on the rise, driving up demand for medium and light duty trucks. In those sectors SMEs were the largest players, winning supply tenders. “SMEs who initially purchased single units now wanted to buy fleets to transport goods.”

However, most buyers of new vehicles in East Africa rely on bank financing and the rise in interest rates slowed demand. During the last quarter of 2015, GMEA took an unprecedented decision to retain its prices despite the fluctuating exchange rate.  “We wanted to maintain our prices so that our customers, whose role in the economy is key, would be able to afford vehicles,” Rita says.

“Customers now enjoy up to 95 per cent financing on Isuzu and Chevrolet vehicles at a flat interest rate of 8.47 percent — one of the lowest in the market. Buyers of Isuzu and Chevrolet vehicles will be required to deposit a minimum of five per cent of the value of the vehicle to drive home their new vehicle. The finance package carries a 72-month repayment schedule,” Rita says. The partnership, she adds, runs up to the end of March 2016 after which the two players will review its performance.

Partnering with financial institutions, she adds, has been one a vital decision in making vehicles affordable.

Rita gives the example of how a few years ago when school buses were becoming popular, GMEA read the mindsets of school managers and aligned its marketing strategy with the emerging trend. The company partnered with financial institutions to make buses affordable for schools. “Previously, restrictions locked out schools from sourcing funds to acquire transport from financial institutions. Today, this is possible and most schools are utilising the financial options that exist,” she says.

For GMEA, the Tanzanian and Ugandan markets have been challenging due to several factors. Ugandans, for instance, have a huge appetite for used cars, making it hard for those selling new ones.  For every 10 imported cars in that market, you will find that seven are second-hand and only three are brand new. High interest rates of about 27 per cent have also discouraged customers.

However, Rita is not giving up on these markets. Last year, the company opened facilities in both markets in a bid to widen its reach.  In Kampala, Mac East Africa Ltd was launched while in Dar es Saalam, the Quality Automotive Group became an official dealer.

“Industrial advances and increasing incomes to create a flourishing middle class in this part of the region meant that there is now a good market for our products.”

She adds that GMEA’s entry into these markets was informed by the rapid growth of intra EAC trade, especially with the continued integration of the regional bloc. Rita lauds the recent move by Tanzania to allow regionally assembled vehicles into its market tax free as among the factors that make it attractive.

As part of its global strategy, GM recently combined its Middle East and African business to increase focus on GM business, brands and customers.  The move, according to Rita, strengthens GM’s competitiveness in major country markets such as Saudi Arabia, Egypt, South Africa and Kenya. “As part of a larger global strategy to ensure long-term sustainability and maximise shareholder value, we are focusing our investments where the opportunity for GM’s growth is greatest.”

Though the last three years have been successful, Rita says the auto dealer expects to record a flat growth this year with total industry sales of about 21,000 units being projected. This, she explains, is if the Government continues to effect the new excise duty on locally-assembled vehicles. Rita described the new law as unsupportive of industrialization given its effect of increasing prices of locally assembled vehicles. “With the new duty, locally assembled vehicles appear to suffer since importers will require only Sh150,000, which is a departure from the previous 20 per cent duty on the value of the vehicle.”

She adds that the volatile exchange rates, high interest rates coupled with excise duty will cut the growth of the automobile industry from last year’s 15 per cent sales increase.

Generally the vehicle industry has seen growth over the last 10 months. New motor vehicle dealers set a new sales record last year, moving 19,996 units in the period, powered by increased economic activity. This represented a 13.3 per cent growth compared to the 17,616 units sold in 2014.

New vehicle dealers have seen sales rise for six consecutive years, recovering from the 2009 slump caused by the post-election violence as well as the global recession.

Further, she advises, governments should consider cutting the age limit on vehicles as it seeks to strengthen local production. It is estimated that at least 12 percent more vehicles are imported annually to Kenya.  “There have been ongoing talks with the relevant authorities to lower age limit gradually. We are looking forward to days when there will be no more importing of secondhand vehicles.  In Kenya, the age limit for imported vehicles is eight years, while Uganda and Tanzania have no limits,” she says.

Her focus now is to manage the customer life cycle. This, she says, will revolve around getting a potential customer’s attention, teaching them what GMEA has to offer, turning them into paying customers and then keeping them as loyal customers whose satisfaction with the product or service urges other customers to join the cycle. “As our clientele grows we want them to focus on their core businesses while we talk care of their vehicles by offering after sales services.”

In conclusion she says the industry is set to witness interesting times with the entrance of new players despite the market being relatively small. “Competition is heating up and GM is strengthening its sales and after-sales service network in the region through its partners in various locations.”

“A good company looks at external trends at all time. Companies need to make sure they have one foot in the present, managing current business and the other in the future, defining what it thinks the environment will be like. This helps them make investments to position the company in years to come,” says Rita.

Young and making a difference; Youths prove that dirt is good and profitable