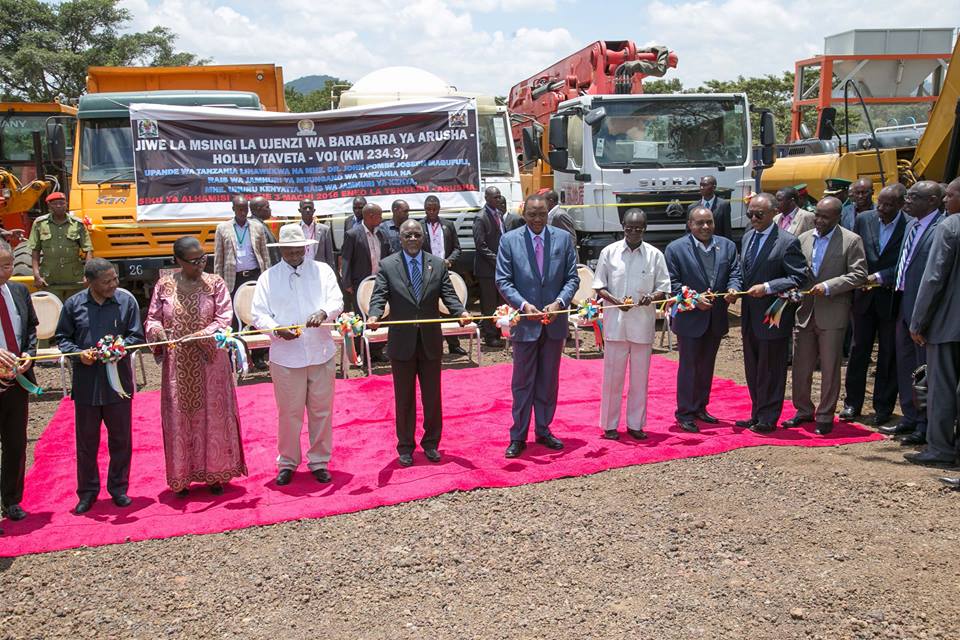 By Ben Oduor and agencies

Business operations in the East African Community (EAC) are set for a major revamp after the bloc adopted a code of conduct to curb corruption and unethical trade practices in the region.

East African Business Council (EABC) chairman Denis Karera says the code of conduct is intended to create a sense of ethical business practices among traders in the region. The EABC represents the private sector in the bloc.

“The code of conduct is necessary because some of us do business in very unethical ways. We agreed that corruption was a present danger, keeping lots of people outside jobs, key tenders…..people lose not because they have lost, but because they have not carried an envelope for the powers-that-be,” Karera said.

The code is set to complement, rather than replace, individual companies codes of ethics and other existing national and international codes.

Under the code committing to the code, business people pledge to treat their stakeholders with respect, run their organisations responsibly, be actively involved in promoting integrity and preventing corruption as well as act in compliance with applicable laws and regulations.

“We demonstrate our commitment by creating policies, procedures and structures to implement the values and obligations of this code in our companies, and by reporting annually on our implementation of this code,” a part of the code reads.

The regulations were adopted at the recently concluded EAC summit in Tanzania, and endorsed after a report of the “baseline assessment and risk mapping of unethical business conduct in the community” was presented by the EABC.

The report affirms that codes of conduct are recognised as an important component of self-regulation and acts as a guide for users, providing a point of reference on how to navigate certain situations.

The EABC business ethics report, which briefs on, among other areas, unethical business behaviour, ethics management initiatives and factors that contribute to unethical business practices, points out that “bribery to access a service, to avoid a regulation and to win a tender was identified as the most problematic factor in doing business in the private sector by chief executive officers, associations and employees.

EAC heads of state endorsed the guiding principles at a time when most countries in the region have embarked on mega projects.

For instance, Kenya and Tanzania launched the construction of the Arusha-Tengeru dual carriageway and a by-pass road in Tengeru to ease the flow of cargo.

President Uhuru Kenyatta and Tanzania’s John Magufuli commissioned  the $12million project, which is part of the Arusha-Holili-Taveta road that links northern Tanzania with Taveta in Kenya, and which will reduce by a third the time trucks take to cross the border.

It will also reduce the distance between Mombasa and Bunjumbura by 400kilometres.

“We want to take our friendship and relations to higher levels by implementing projects that impact positively on the lives of our people,” said the presidents in a joint statement after a regional summit in Arusha.

The one-stop-border post is the first of its kind to be commissioned among 15 border facilities under construction across the EAC bloc and South Sudan.

Following hot on the heels is a mega deal between Uganda and Tanzania that is set to pave the way for a pipeline from Uganda oil fields to the Tanzanian coast.

The move is a huge blow to Kenya after France’s Total, one of the oil firms developing Uganda’s fields, raised security concerns about the Kenyan route, which was an earlier option but that could run near Somalia, a country whose militants have launched attacks on Kenya.

“The two countries are planning to build an oil pipeline between Tanga in Tanzania, and Uganda covering a distance of 1,120 km,” the Ugandan presidency said in its statement.

While his Tanzanian counterpart John Magufuli expressed that, “the pipeline is projected to employ 15,000 people.”

Just like Kenya, Uganda is yet to start oil production but the date of commencing the project has been postponed due to declining oil prices and pipeline considerations.

On the other hand, Kenya is spearheading the development of the multi-billion shilling Lamu Port-South Sudan-Ethiopia-Transport (LAPSSET) corridor project which will strengthen her position as a gateway and a transport and logistics hub to the East African sub-region and the Great Lakes region.

The combined Gross Domestic Product (GDP) of the EAC, with a population of 145.5million citizens, is US$147.5 billion. Kenya has the largest economy, with annual GDP of US$32.1 billion while Burundi is the poorest, with an average nominal per capita GDP of US$180 billion????. (This Burundi figure doesn’t make sense. How can it higher than Kenya’s)

The common market protocol, an expansion of the bloc’s existing customs union, aims at promoting free movement of labour, capital, goods and services in the region. To adapt to the demands, countries must change their national laws on immigration and customs. Kenya, Rwanda and Burundi have already agreed to waive work permit fees for EAC citizens.

To achieve a single currency, the region’s states are to harmonise monetary and fiscal policies, fiscal payment and settlement systems, financial accounting and reporting practices, policies and standards on statistical information and establish an East African Central Bank.

Recently, the bloc has been focusing on harmonising the education systems within partner states to boost skills, develop knowledge and reduce brain drain.

Once a common EAC Higher Education Area (EACHEA) is created, qualifications will be recognised in all partner states both for continuation of studies and in the labour market.

“The most important development will be the elimination of the disparity in the national education systems when the EAC will be declared an EACHEA,” says Prof  Mayunga Nkunya, the executive secretary of the Inter-University Council for East Africa (IUCEA).

Finally, EAC’s economy is set to rise after it admitted South Sudan as a sixth partner state.

The oil rich country’s admission to the bloc early 2016 will be a game changer as it will immensely improve the energy sector and work force in the region.

With corruption estimated to add up to 10 per cent the total cost of doing business globally, and up to 25 per cent the cost of procurement contracts in developing countries, EAC stakeholders are optimistic business operations will be streamlined when the passed codes of conduct are properly implemented.