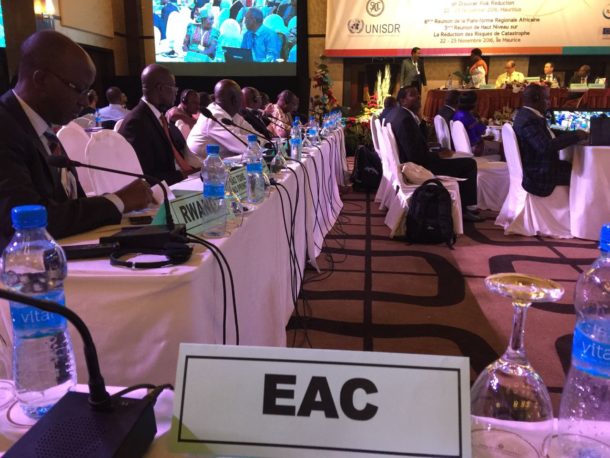 The 6th biennial Africa Regional Platform (AfRP) forum which kicked off over the weekend brought together African Member States in a forum which seeks to review progress in the implementation of the continental and global disaster risk reduction frameworks.

The Forum was concrete opportunity for Africa to set up a functional path to alleviate the suffering of the most vulnerable communities in Africa.

The 6th AfRP on DRR is the first continental meeting on Disaster Risk Reduction (DRR) organized after the adoption of the Sendai framework on DRR by UN member states in Sendai, Japan in March 2015.

The Framework provides a critical strategy for building resilience and addressing the impact of disasters representing a serious threat to millions of people in Africa and across the world.

The outcome of the 6th Africa Platform on DRR is an Africa Statement of DRR, the Mauritius Declaration on continental commitment and a revised Programme of Action on DRR for Africa.

It is the first opportunity for the region to meet since the Sendai Framework was adopted by UN Member States as the global plan for reducing disaster losses in March 2015.
In his closing remarks, the UN Secretary-General’s Special Representative on Disaster Risk Reduction, Robert Glasser, said a recommendation on indicators for the global targets in the Sendai Framework would go forward to the UN General Assembly next year and regions and countries were free to set additional targets but no global indicators would be developed for these.