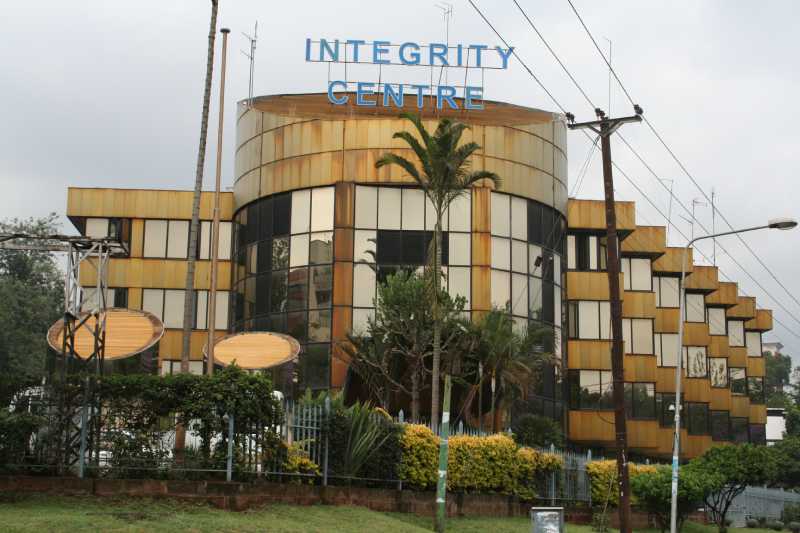 The Ethics and Anti-Corruption Commission (EACC) says it has recorded success in the recovery of stolen assets worth Ksh2.7 billion in the last four months through alternative dispute resolution.

EACC Chief Executive Officer Twalib Mbarak termed the recovery as a positive gain compared to the last five years where assets worth only Ksh1.5 billion were recovered.

The EACC boss who was speaking during the third Africa Anti-Corruption Day Commemoration in Nairobi said among the properties recovered is a plot in Kilimani which was handed over to the University of Nairobi and 140 acres of land belonging to KALRO at Naivasha.

He reiterated that the aim of the anti-graft body is to prioritize high impact cases, asset recovery, prevention of corruption and promotion of ethics and standards.

“Asset recovery cases generally require tracing beyond domestic borders. Kenya has taken unprecedented strides in the recent past to pursue bilateral agreements aimed at repatriating proceeds of crime hidden in other jurisdictions” he said.

He revealed that the agency had in the last financial year obtained 10 restraining court orders restricting transfer and disposal of various properties worth approximately Ksh2.9 Billion.

“EACC undertakes proactive investigations aimed at averting loss of public resources. The information is received mainly from citizens and media reports and so far the Commission has averted loss of approximately Ksh5.8 billion in the last year” observed EACC chairman Eliud Wabukala.

At the same time the chairman, called on the Africa Union to urge governments to create, enhance and enforce legislation on corruption, financial crime and money laundering, including legislation on freezing, confiscation and seizure of the proceeds of corruption.

Africa’s unity is critical in demanding the recovery of corruptly acquired public assets and seizure/unexplained wealth. Unlawful money leaving the continent reduces the amount of resources available to invest in jobs and provide critical social services to citizens in Africa.

“Africa needs her assets back and intact. The impact of corruption on the continent’s development is visible and cannot be underestimated, those who suffer the consequences of corruption are; the vulnerable, the poor and ordinary citizens” he stated.

He hailed President Uhuru Kenyatta’s commitment to the fight against corruption. “His Excellency the President of the Republic of Kenya has pronounced himself on zero tolerance to corruption public institutions”

He appealed to all citizens too steer clear of graft by upholding integrity.

@EACCKenya appeals to you all citizens, state and non-state actors to espouse our national values at all times, because this will guarantee an ethical society that uphold integrity. #AfricaAgainstCorruptionKE @EACCKenya @TIKenya @TISAKenya @AUABC_

The theme for this year day is “Towards a Common African Position on Asset Recovery” which provides an opportunity for stakeholders in the region to reflect and take stock of the progress made in tracing and recovery of corruptly acquired assets.