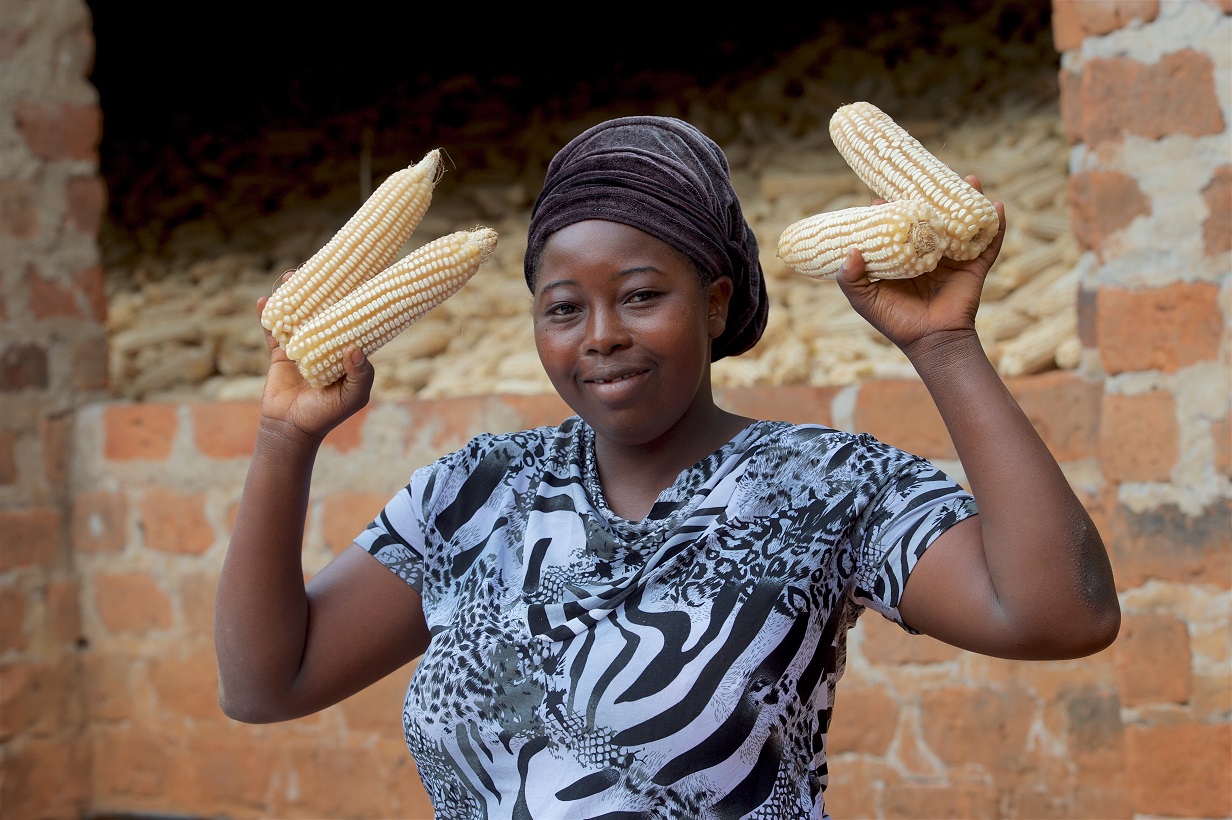 Markets open up to Uganda maize because of quality

As Kamya Kirubira leads us through a syrup-coloured maize field in his home district of Nakaseke in Central Uganda, the hard leaves scratch gently against our skin, assuring us the crop is as dry as it looks.

Juxtaposed against a powder blue sky, the rows of maize offer an idyllic scenery that could have come straight from a well-branded breakfast cereal box. This is Nakaseke today.

Maize is in huge demand in East Africa as it is the foundation of every staple food in every country in the region.

Every morning, afternoon and evening, middle class families sit down to eat maize, whether in the form of a roasted cob, a bowl of ugali (maize porridge), a chapati, or an intoxicating local brew.

Kenya is opening up to Ugandan maize and other markets will surely follow, but only if the maize makes the grade. In fact, demand for this cereal far outweighs its production in East Africa. Yet, by Kamya’s own accounts, he wasn’t always the 40-acre owning commercial farmer he is now, and Nakaseke wasn’t always hailed as a model district for maize growing.

In fact in 2013, when the World Food Programme rejected roughly 15,000 metric tonnes of maize grown by Ugandan farmers, most of it was from Nakaseke.

That same year, major maize importer South Sudan, emerging from civil war and facing a severe food shortage, turned away countless trucks of the grain, again grown by farmers from this district. The importers had had enough of rotting produce and smelly and discoloured kernels and were perhaps becoming aware of the fact that the chemical, aflatoxin, present in this substandard import could cause cancer.

Small-scale farmers in Nakaseke made innumerable losses, leading to the recently established maize standard. Any farmer in the area caught harvesting maize while still green is penalised. Similarly, anyone spotted drying their maize on the bare ground instead of using tarpaulin nets is fined. These practices are depicted on colourful posters distributed by civil society organisations publicising the maize standard and the by-laws that protect it

“From the beginning, small-scale farmers were consulted in the creation of the maize standard,” says Lina Asiimwe, Project Officer at the Southern and Eastern African Trade, Information and Negotiations Institute (SEATINI), a multi-regional organisation lobbying for the adoption of appropriate standards in maize and sesame, under a two-year project funded by TradeMark East Africa (TMEA).

“They helped determine the parameters as well as the reporting mechanisms for people who spotted maize being handled badly post-harvest.”

According to officials at district headquarters, the by-laws would not have existed without the farmers being willing to see punitive measures taken against bad practices. “My office started to work with SEATINI when we received submissions from five sub-counties in Nakaseke requesting for by-laws that were similar in intent,” explains William Senfuka, Head of the Secretariat of the District Council in Nakaseke. “Since maize is grown well beyond these sub-counties, I realised we needed an ordinance that covers the whole district. Legal experts were hired to ensure these laws made at a subsidiary level coincided with national laws,” he says. “Now we are publicising the ordinance. Last month I was a guest on a radio talk show where we discussed the intent and scope of the ordinance.”

The talk show is hosted every Monday by Nakaseke Community Radio 102.9 FM, which operates from a well-stocked multimedia centre in the district. The show not only informs farmers about good maize practices but also allows them to air their frustrations over the costly reality of maintaining the standard – frustrations that often get lost in the theory.

“So many issues were aired by farmers. We were telling them to wait a bit and harvest when the maize combs are down,” says Peter Balaba, who runs the multimedia centre “but so many were saying: ‘I can’t wait, especially when someone gives me good money’.”

Many farmers also take to the airwaves to encourage their peers to join co-operatives to make it easier to take out loans and to settle financial issues as the maize dries. But women farmers have their own particular problems.

Peter Balaba illustrated the specific issues women face in agriculture: Male farmers recently phoned in to a women’s panel alleging that women are “crafty” and “farm in secret”, often going back home to grow and dry maize on their parents’ land. According to the angry callers, these women farmers hide their profits from their husbands.

Harriet Nabilanda however, is certainly not hiding anything. At her homestead, the harvested maize is laid out neatly on a large tarpaulin net for all her neighbours to see and hopefully emulate. She gingerly steps around the tarpaulin’s corners to approach us, careful not to step on any of her maize. “I used to work so hard and yet I got low returns. Since I was trained in using tarpaulin and other practices, I use less time and energy than before, and yet I get high returns,” she explains.

Aside from being a peasant turned commercial farmer, Nabilanda brings women farmers’ issues to the table through her role as woman councillor in Semuto, one of the sub-counties in Nakaseke that requested a maize by-law.

“Since learning these good practices and seeing the benefits, many more women have entered maize farming and are able to pay fees for their children,” she says. “Most of them are single mothers. Men no longer want these responsibilities.”

Creating a standards blueprint for other crops
Learnings from the maize standards project will be taken into account when the same blueprint is used to establish a national standard sesame. The oil seed is largely grown by women and although local demand is not high, the Middle East, Europe and North Africa are all potential buyers.