The East Africa region has a long agenda for cooperation in the years ahead, but policymakers are not yet looking at the many concerns of business and ordinary citizens in order to avoid the pitfalls that have hobbled other integration projects 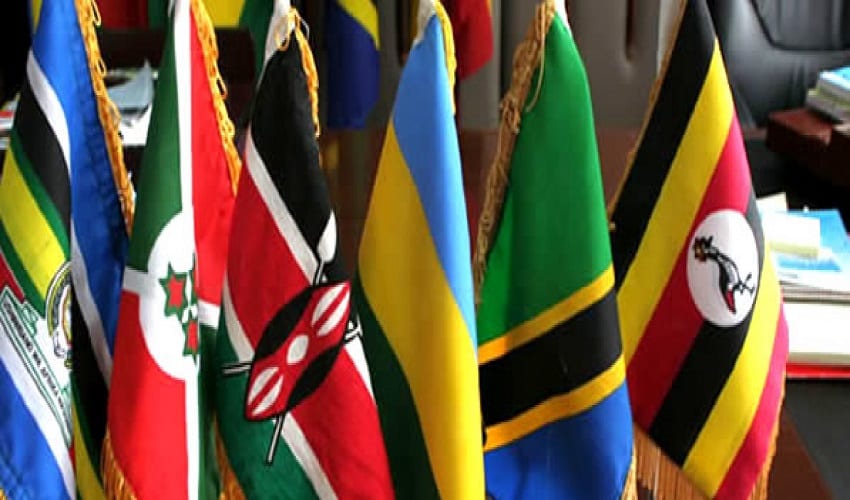 Uganda’s Allen Namagembe typifies the emerging East Africa. On a hot afternoon, she is travelling on a Rwandan airline to catch a doctor’s appointment at a Kenyan hospital. It is very much a realization of the vision the East African Community’s (EAC) founders had: closer integration and the elimination of barriers for the benefit of citizens.

But Namagembe is perturbed that, having misplaced her yellow fever vaccination certificate, airport officials had insisted on her acquiring another before they could let her through. This even as the stamps that dot the pages of her passport show the history of this same routine itinerary, proof that her vaccination is in order.

She is an epidemiologist who researches clinical skills, and Namagembe is lucky to be allowed to proceed where many are blocked. At Uganda’s Entebbe airport, travelers regularly miss flights as airport officials shove them back to the end of queues for lack of vaccination certificates. A well-meaning screening policy has morphed into something of a non-tariff barrier to trade in services, in a region rated as the most advanced economic bloc on the continent. 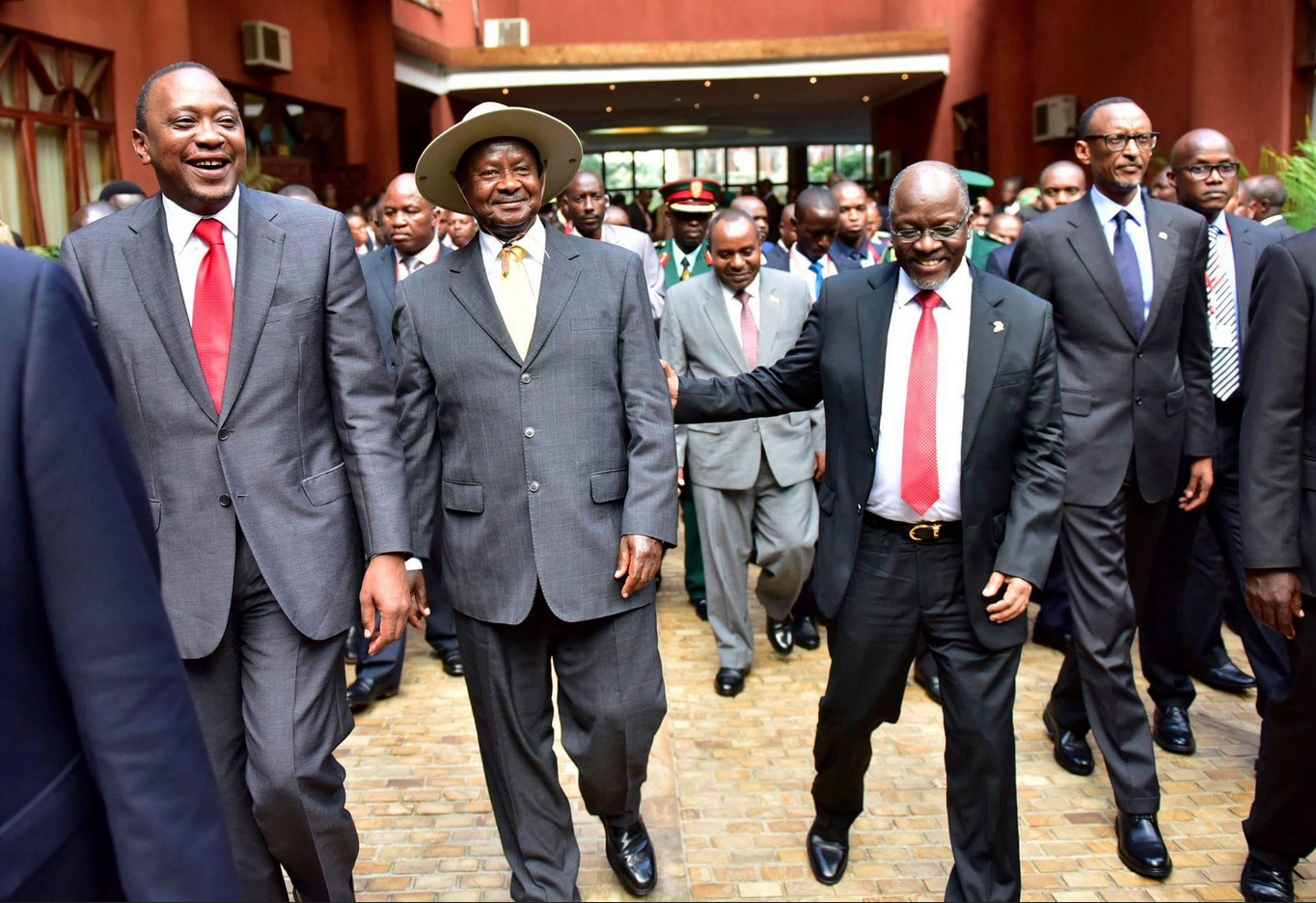 The six-member EAC – having established a free trade area, a customs union, a common market, partially attained free movement of people and looking to establish a monetary union by 2024 – is an especially high-performer on two elements, trade and productive integration, according to the Geneva-based International Trade Centre. On the other hand, IGAD and ECOWAS outperform on infrastructure and free movement of people, respectively. The EAC also boasts of the fastest-growing intra-­regional payment systems on the continent, data from payments firm SWIFT shows. But trade among member states is estimated at 20%, much lower compared to intra-­regional trade in the European Union (EU) – at 67%.

As it approaches 20 years since its formation this November, cracks are starting to show within the EAC. A mixture of rivalry and diverging national interests are driving the creation of non-tariff barriers, which curb progress.

This is disappointing for Kiprono Kittony, the chairman of the Kenya National Chamber of Commerce and Industry, the most powerful business lobby in the region’s largest economy.

“We still have quite a few non-tariff barriers that are in place,” Kittony tells The Africa Report. “I see a weakness in terms of the bureaucratic capacity to follow up on the resolutions of the summit,” he adds, referring to the annual meetings where heads of state assess progress and issue directives. The last one took place in February of this year amidst tensions related to Burundi, which is in the middle of a grinding conflict related to President Pierre Nkurunziza’s strong grip on power (see page 80).

But regional rivalries loom behind the barriers to trade. Domination by Kenya is a real fear of the smaller economies, and Kittony acknowledges the need for some concessions: “You see the economies are very different in scale. […] There should be some concessions given to the landlocked countries by the larger economies, like Kenya and Tanzania, that will benefit say Rwanda and Burundi. That will create a feeling that it is a level playing field for everybody.”

Kenyan companies are continuing their expansion into the region. Many investors are putting money into Kenyan companies that have succeeded in fixing problems in Kenya “because you tend to have very similar problems across the region,” says Konstantin Makarov of StratLink, a Nairobi-based advisory company. “We are also big believers in the food value chain that starts with primary farming and ends with restaurants, and everything in between.”

Should current issues, like the failure to implement the customs union, persist, there are fears the remaining parts of East Africa’s integration agenda will get derailed. “The customs union came into force in 2005 to facilitate the establishment of the common external tariff so that we can have the removal of the intra-regional issues. But up to now we must appreciate that the customs union is not fully operational,” says Peter Mathuki, acting chief executive of a regional business lobby, the East African Business Council.

“Without a fully fledged customs union, the common markets protocol – which is the second level of integration – will not work,” Mathuki adds. “A common market must work fully to allow monetary union.”

Indeed, this trend feeds into an emerging pattern of problems. In 2005, the EAC commenced negotiations with the EU on the Economic Partnership Agreement. Having failed to reach consensus through 14 years of talks, the EAC leaders at their February summit decided it was time each country engaged the EU on its own.

Mathuki says things would have turned out different if the region’s private sector was not isolated by politicians. “All along, we have been observers. We don’t want to be observers any more. We want to be partners in sorting out issues because non-tariff barriers mostly affect the private sector,” he explains. “Once you leave it to the government alone, it will be the same story as for the last many years. But once we now become part of it, we will be offering solutions that are practical but not just waiting and observing.”

For all its weaknesses, the EAC has many supporters. One of them is Ian Clarke, a Ugandan of Irish origin who first arrived in Uganda as a missionary doctor in 1987. He went into business in 1994, setting up a private clinic, the International Medical Centre (Group). By 2015, when Clarke sold about 91% of his holding to Ciel Healthcare of Mauritius, it had grown into a healthcare group spanning 22 clinics, Uganda’s largest private hospital, a medical insurer and a health sciences university. Now Clarke’s holdings include the health sciences university, elementary education services, agriculture, a sterilization start-up and a hotel on the Tanzanian island of Zanzibar.

“I do feel very much that I am an East African, and there are good signs,” says Clarke, who sits on the board of the regional private healthcare lobby, East Africa Healthcare Federation. “But it’s not as if all the barriers have gone down. There are still a lot of issues.

“What has happened in the last five to eight years, you get local players like myself who have started a company, a hospital or whatever, and then you get the private equity guys to come in and they acquire your hospital in this country and then a hospital in another country,” Clarke says. “They are looking to see if they can build up brands, if they can build up chains. That’s what’s going on. It’s early stages yet, but it’s in process. How successful it will be depends on the economy.”

Kittony, a media tycoon back in Kenya, says he hopes the EAC will lead the continent. “For me, I think we should really do everything possible to make it a success. It’s the most successful bloc we have, and it should be the paradigm for the African economic blocs as they step forward towards the Continental Free Trade Area,” he argues.

Fortunately for the EAC, it is not short of courtiers that want to join it. Somalia has submitted an application to join and awaits a verification exercise. The Democratic Republic of Congo’s new leader, Félix Tshisekedi, has also expressed interest in his country’s membership to foster trade ties. But the EU stands as a stark example of what can happen when a regional grouping expands too fast and pays too little attention to its impact on politicians, businesses and citizens. It will take a lot more than an annual summit to address that, so proponents of continental integration will be watching keenly to see if Kampala, Nairobi and Dodoma can make cooperation work better from the grassroots back up to the top.