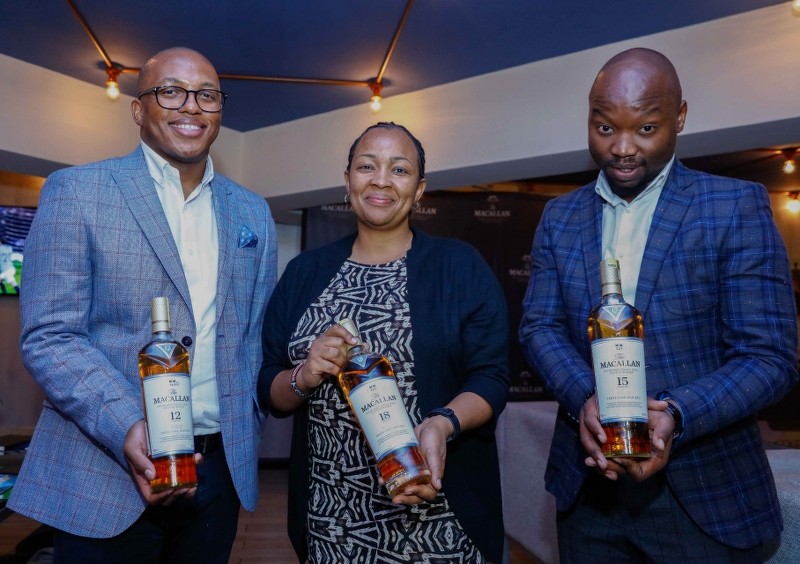 Edrington, the makers of The Macallan Whisky on Tuesday announced the introduction of the new aged Triple cask series of Macallan Single Malt Scotch Whisky in the Kenyan market.

The Macallan is a Luxury Single Malt Scotch Whisky, ranked the number 1, Malt Whisky in value globally. The Macallan has been distributed and is available in most premium outlets in Kenya since 2012. 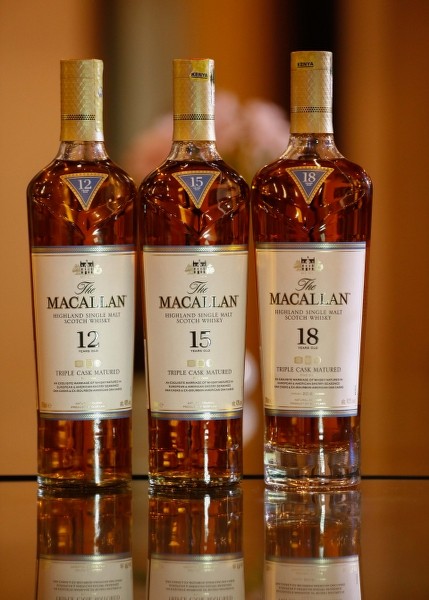 According to Sanele Gwala, Regional Marketing Manager – Africa at Edrington, in 2018 The Macallan transformed from the non-aged 1824 series to the new aged Triple Cask Matured Macallan series of 12-year-old, 15-year-old and 18-year-old Whisky.

“The Macallan enjoys a respectable following among single malt consumers in Kenya. Our vision as we launch the new aged series is to grow this loyal following to make The Macallan the ultimate luxury spirit in Kenya, “said Gwala.

The International Wines and Spirits Record (IWSR), notes that whisky consumption in Kenya grew by a compound annual growth rate (CAGR) of 21.7% in the five years 2013 to 2018. This is expected to grow by another 18.8% in the next four years to 2023.

With these growth trends envisioned to continue in double digits over the next five years, ‘The Macallan’ is currently re-aligning its business with a renewed focus on the growing interest and improving tastes in luxury goods by a new generation of sophisticated consumers in Kenya.

Speaking during a media briefing held on August 1, 2019, in Nairobi, Kenya, Gwala also announced the appointment of Jeyfine Wines Co. limited, as the distributors of The Macallan Whisky, with exclusive import and distribution rights to Edrington’s single malt whiskies in Kenya.

“The partnership with Jeyfine Wines Co. Limited is anchored on their strength in the distribution of premium & super-premium spirits coupled with their unique E-commerce platform (Mo-bar), that enables them to deliver direct to consumers, noted Gwala.

Joseph King’ori, Chief Executive Jeyfine Wines Co. Limited said the firm services a market universe of over 2,500 bars in the capital city Nairobi, majority which stock premium brands with over 1,500 outlets buying premium whisky products on a regular basis. This is in addition to a mobile commerce platform Mo-Bar, a direct-to-consumer mobile platform available for download on both Android and Apple smartphones”, said King’ori.

Jackline Mburu, the Area Manager – East Africa & Indian Ocean Countries, Edrington said The Macallan that hopes to be the leading single malt whisky by value in Kenya by 2025 would take advantage of the growing interest by the Kenyan consumer, in luxury brands.

“In Kenya whisky embodies the aspiration and status of the emerging young and sophisticated consumer with a keen eye and access to luxurious experiences. With improved access to global brands, consumption has improved considerably and we expect the category to continue experiencing steady growth, concluded Mburu.

Naivas, Ketepa team up to increase tea consumption in the country

KCAA steps up drive to sensitize travelers on consumer rights