Entrepreneur Who Brought Amusement Park To The City 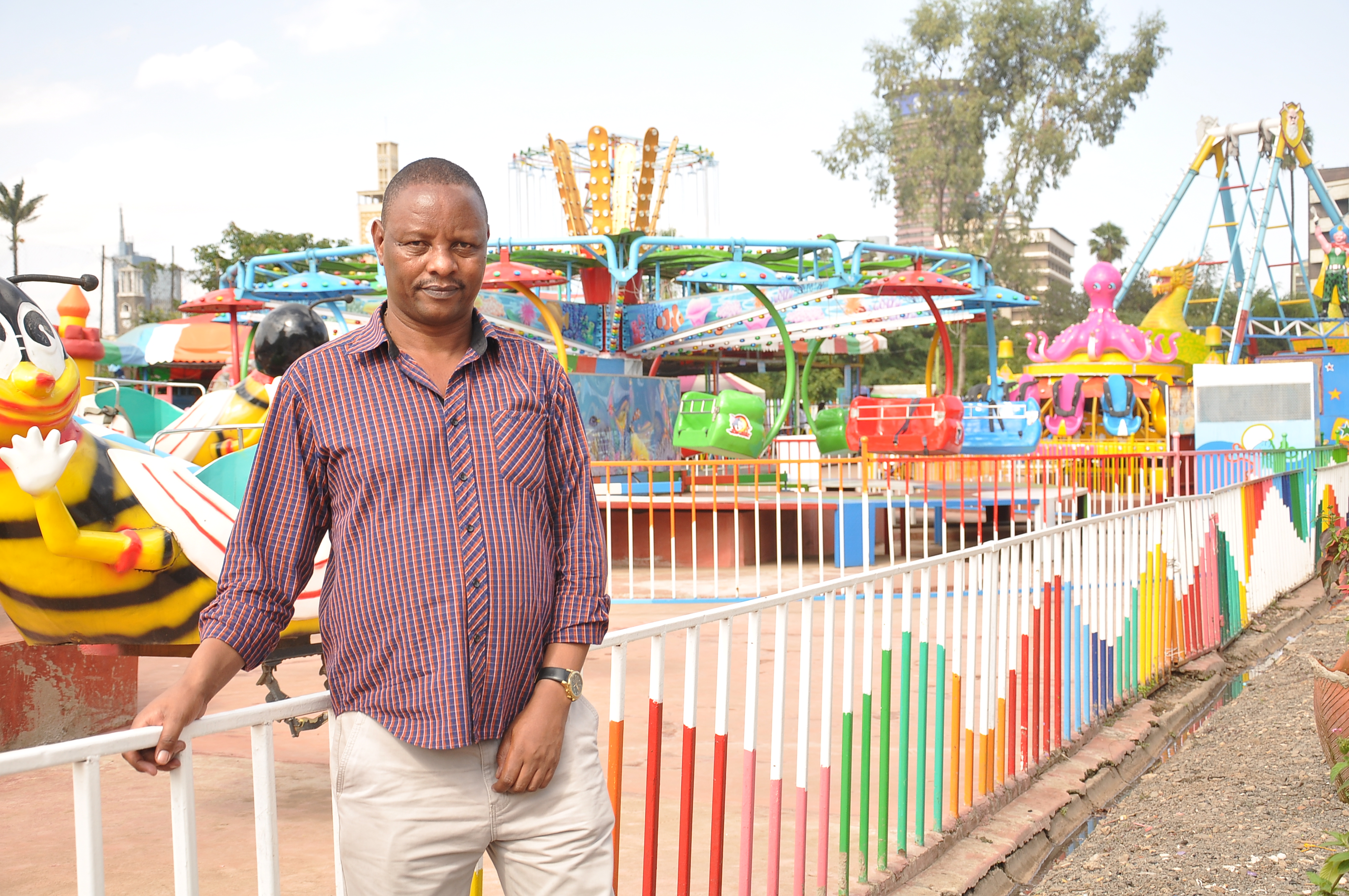 Through wise strategies and determination, Kimari now smiles back at his business
By Ben Oduor
Few people are daring enough to quit their safe jobs and plunge into the murky waters of self-employment.
Gerald Kimari though, is among a handful who have taken the risk and can comfortably chronicle their success stories while smiling back at their efforts.
And, as he gives me a detailed account of how he has grown his business brick by brick, it sounds obvious that he has few regrets for quitting his banking job over a decade ago.
After completing his postgraduate diploma in media studies at the Kenya Institute of Mass Communication (KIMC), Kimari worked for the Kenya News Agency (KNA) in Nakuru as an information officer before leaving for a brief stint with Co-Operative Bank of Kenya in Nairobi where he was in the public relations and marketing department.
It is while working at the bank that he says his entrepreneurial instincts were triggered.
“While working for Co-Operative Bank, I was inspired to run my own business,” says the forensic accountant.
With money saved from his job, Kimari established the Nyama Villa Restaurant in Kayole.
“The business was conceived by me and two friends but I opted to go solo after realising they were pessimistic about the future,” says the soft-spoken entrepreneur, adding that he injected about Sh1 million into the enterprise.
The venture, which now employs 50 people, quickly grew because of the large number of families that frequented the place, a development that inspired him to resign from the bank and focus on the business.
Due to the increasing number of adults who brought their children, he thought of diversifying into an amusement park.
The Lunar parks
“To keep everyone entertained, I sought land rights to establish an amusement park. Luckily, I acquired a piece from Nairobi Railways Club,” he says.
When he started the new business in 2001, Kimari acquired the debris of Freemark, a park the former owners abandoned after it burnt down.
Armed with about Sh5 million capital, he acquired the land rights, commissioned workers to landscape the area into a colourful park and imported the first machine for the centre, which he named Lunar Park Nairobi, a park that sits opposite Uhuru Park.
The park has various sites and rides for certain age groups as well as some that cater for all ages.
The park’s founder ships in machines from western countries or China.
The rides are fitted with electric seat belts that lock guests before take-off and only unlock after the ride. He also says the park has backup power that prevents cut-out risks during rides.
In 2013, Kimari established Lunar Park Mombasa at Nyali’s Mamba Village. “We acquired land and established Lunar Park Mombasa,” he says.
Challenges and prospects
Kimari cites unpredictable weather during the rainy season that keeps visitors away, seasonal visits as most clients work during week days, and huge maintenance costs of the machines as some of the major challenges.
Kimari is confident that his business will continuously pump fresh breath into the entertainment industry.
He says he is eyeing an ambitious investment that he projects will shake up Africa by making Kenya the second country after South Africa to own a roller coaster – a machine that costs millions of shillings.
“I have toured a lot of countries, researched about this machine and I’m convinced it is a worthy investment,” he says.