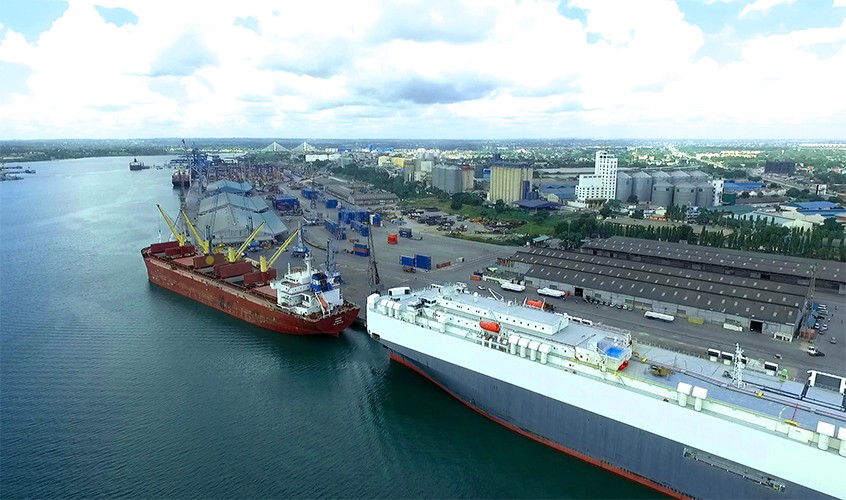 Dar es Salaam – Tanzania’s ambassadors to foreign countries commended the government for the efforts it had made in boosting efficiency of Dar es Salaam Port, thereby enhancing the economic growth of Tanzania and other countries using the port, including those in the SADC region.

In addition, the ambassadors hailed the move of expanding; deepening and strengthening the port to allow it to handle many and large vessels and cargos.

Currently, the port handles 13.5 million tonnes of cargo, and is expected to handle 28 million tonnes after completion of the expansion project whose implementation is in progress.

Speaking during a visit to the port, the ambassadors said that the volume of cargo transiting through the port of Dar es Salaam from countries such Rwanda increased over the last few years as a result of enhanced efficiency of handling goods at the port.

Tanzania’s Ambassador to Rwanda, Ernest Mangu, cited the example of Rwanda, where over 80 per cent of the country’s freight are handled at the Dar es Salaam Port.

“The volume of the cargos from Rwanda operated through Dar es Salaam Port has increased as opposed to the past, and this is attributed to enhanced efficiency at the port,” he said.

Ambassador Mangu, however, urged the port management to work harder in order to ensue further improvement in handling cargos and curbing irregularities being experienced by foreign customers.

He cited thefts by some clearing and forwarding agents as one of the main factors behind many customers from Rwanda avoiding the use of the port of Dar es Salaam in cargo transit, commending the port for addressing the problem.

He, however, called for close monitoring to ensure that crooked clearing and forwarding agents were removed in order to improve and enhance efficiency, towards attracting more customers.

The Ambassador to Malaysia, Dr Ramadhan Dau, urged the Dar es Salaam Ports Authority to develop, learn and adopt some of the working skills from best ports with high efficiency such as Singapore.

He urged the port management to work and improve the facility, in order to compete with ports like Singapore in efficiency. The Ambassador to the Democratic Republic of Congo, Paul Mella, commended the port for the strides it had registered in plugging loopholes that had prompted countries such as DR Congo to stop using the port.

Dar es Salaam Port Manger, Fredy Liudi, told the ambassadors that the port had curbed thefts by unethical clearing and forwarding agents and initiatives were being made to drop them.

He said that the port had also opened liaison offices in areas such as Lusaka, Lubumbashi and Bujumbura in order to handle some of the challenges experienced by customers from outside the country as well as offering better services.

The manager also said that the port authority was working on various initiatives in order to speed up the capacity of cargo passage for countries such as Rwanda. One of them is to enable the Tanzania Railways Corporation (TRC), to handle the process, thereby reducing the number of cargo trucks  queuing at weigh bridges.