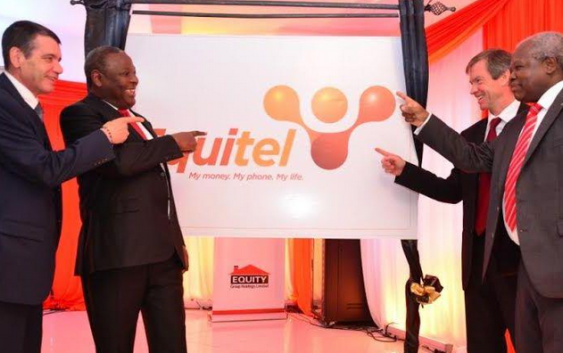 According to the stats, Equitel processed transactions worth Ksh251.6 Billion in the second quarter of the 2016-2017 fiscal year, a 15 per cent increase from Ksh219.6 billion that was transacted in the quarter before.

Overall, the mobile money platform increased its market share in the value of mobile money transactions to 22 per cent from 20 per cent over the same time.

Other gains for Equitel include the increase in loans disbursed. Earlier in the year Equity Bank while releasing the 2016 full year results, announced that the mobile money platform had advanced loans worth Ksh 38.5 billion up from Ksh5.4 billion in 2015. This represents a 618 per cent increase.

Equitel was launched in July 2015 and is an integral part of Equity Bank’s digitization strategy which the group has touted as a game changer in the finance industry.