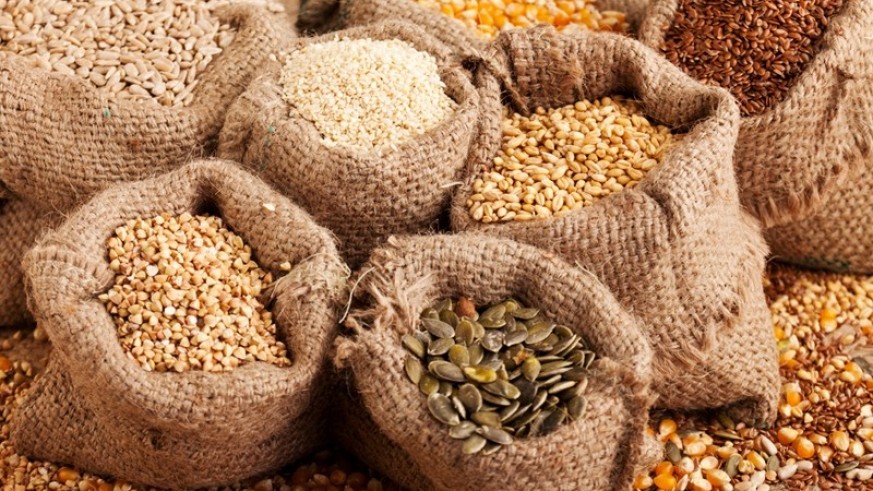 Farmers whose crops were destroyed by hailstorm between March and May this year are decrying lack of seeds to plant in the coming farming season.

The farmers are part of those affected by disasters as had been predicted by the  National Climate Outlook released in February this year which anticipated heavy rainfall between March and  May this year in parts of Western, Northern and Southern provinces, and the City of Kigali.

The outlook by Rwanda Metrological Agency and the Ministry of Emergency had warned that the disasters would affect about 48,000 households who still lived in high risk zones.

Similar cases were witnessed last year between January and June when over 9,412 hectares of crops and 797 livestock were affected by heavy rain, hailstorm and landslides.

Jacqueline Tumuhorane, a widow heading the family of ten in Jali Sector of Gasabo District, said that all her crops were damaged by hailstorm leaving her family without a source of livelihood.

She is one of farmers whose 60 hectares were damaged by hailstorm between March and May in Gasabo District, according to local officials.

The hailstorm affected Nyaburiba’s 5 villages with about 4,000 farmers.

The disaster affected the farmers leaving them unable to afford basic services such as paying for health insurance, Mutuelle de Sante.

Only about 200 individuals got health insurance support from Good Change Rwanda, a local Muslim community based organisation while others remain without support.

“We  mostly need seeds for the next farming season since we did not harvested anything (in the last season) after a hailstorm damaged all crops especially beans, cassava, banana and sweet potatoes” she said.

She said that she usually harvests 200 kilogrammes of beans per season but she harvested only around 40 kg all of which were used up in subsistence consumption.

“I also counted losses in cassava plantation and banana whose leaves have been totally damaged,” she said.

Jean Marie Vianney Rubanzabigwi, who heads a family of seven members in Nyaburiba cell, also said that hailstorms damaged most of his crops.

“Hailstorm damaged my cassava. Beans that were at flouring stage were devastated in such a way that I harvested nothing. We have expressed our concern to our local leaders. Though we got little support of food stuff and health insurance, the main problem is to get seeds to plant again for the next season to be able to sustainably beat hunger,” he said.

The community has a target to support over 700 vulnerable people such as widows, orphans and others struggling to get food and other basic needs, according to Issa Higiro, the Executive Director and President of Good Change Rwanda.

The organisation is focusing on socioeconomic empowerment and environmental protection that foster sustainable future leading to social and economic improvement while contributing to global climate change mitigation.

To cope with the issue of crops being affected by climate change and weather-related disasters, the Government launched an agricultural and livestock scheme by partnering with the private sector.

The scheme is expected to manage risks and losses among smallholder farmers and provide insurance coverage, to improve access to financial services and ensure flow of credit to the agriculture sector.

All farmers in the pilot districts are eligible to benefit from the insurance scheme that is subsidized by up to 40 per cent.

Corazon Mwende is a climate communications specialist who focuses on stories about communities impacted by climate change.

She has over 10 years of experience working in the field of communications and media.