FEP cuts down loss by 87 pc 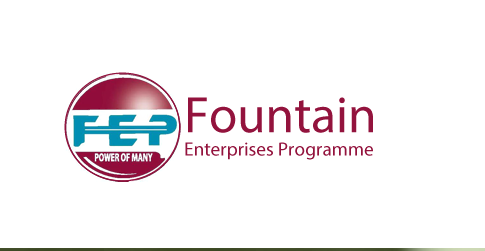 Diversified investments company, FEP Holdings Ltd has recorded an 87 percent reduction in consolidated loss before tax for the financial year ending December 2016, moving from Ksh866 million in 2015 to Ksh108 million in 2016.

Speaking when he released the financial results, Maurice Korir, the FEP Holdings Chief Executive Officer said the company’s performance was buoyed by prudent management of operating costs and strong results from its real estate and microlending units.

“We have had improved business efficiency across the board owing to operational restructuring and better internal controls after the installation of a Sage Evolution Enterprise Resource Planning (ERP) system. Our operating expenses have reduced by 16 percent,” said Mr Korir.

The Group’s gross margin excluding interest on short-term deposits improved from 26 percent in 2015 to 34 percent in 2016.  Since FEP Holdings embarked on a turnaround programme in the last quarter of 2014, the company has been cutting back on administrative costs by reducing the number of regional offices and adopting technological innovations across the business units.

“We introduced Instaloan after acquiring a robust IT system dubbed IMAB that has made it easier to access data necessary for the disbursement of loans at the click of a button. This has helped us reduce our physical branch presence and the attendant costs that come with it”, said Mr Korir.

Improved sales for the Group’s real estate division, Kisima Real Estate, also shored up FEP Holdings Performance. The FEP Holdings subsidiary has grown by over 400% recording Ksh106 million in sales in 2016 as compared to Ksh 21 million in 2015.

“This has largely been through progress in processing title deeds and improved customer relations through one-on-one engagement forums,” revealed Mr Korir.

The Group however registered a 24 per cent dip in revenues as some of the strategic business units did not realize the projected performance targets. “Some project under Fountain Technologies Ltd (FTL) are still ongoing and there is over Ksh1 billion which we will invoice across 2017 and 2018,” added the CEO.

“For us to post better results in 2017, we need to recapitalize some of our subsidiaries as well as the holding company. We had a rights issue which was undersubscribed, having raised Ksh120 million against a target of Ksh2.6 billion,” revealed Mr Korir.

The company has already identified a strategic investor for Fountain Technologies and will appoint an advisory firm to raise external capital for the holding company.

How digitization of Payment is Helping Kenyan Farmers Boost Their Income