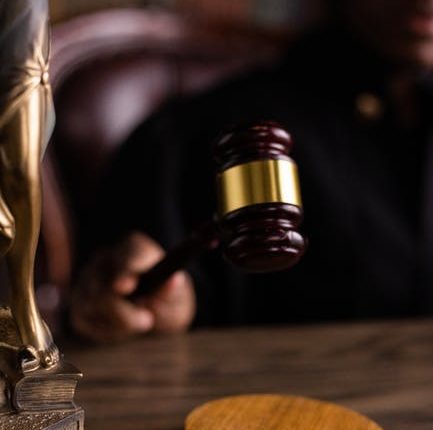 The four Mohamed Muhammud, James Opere, Jonah Tuuko and Samakin Lesingiran appeared before Principal Magistrate Jane Kamau to answer to charges against them.

The prosecution through state prosecutor Fredrick Kimathi, had asked the court to allow the police to detain the suspects for seven days to complete investigations on an alleged fake title they were using to claim the said land.

“They were arrested by officers from Karen Police Station and after interrogation, there is reasonable suspicion that they are in possession of a forged title which they are using to lure unsuspecting members of the public to buy the land,” Kimathi told the court.

The investigating officer, Lawson Shuma’s, swore through an affidavit to support the application that the suspects are directly connected to other accomplices still at large and that their detention will enable him to recover the forged title.

Defense lawyer Danstan Omari representing James Opere and Jonah Tuuko dismissed the application saying that the suspects were wrongfully arrested and the state did not need seven days to establish the real trespassers.

“These are small people who could not get access to the land owned by the president because it is guarded throughout. They are people who were just walking along the road next to the land and were wrongly arrested on suspicion that they were checking the beacons,” said Omari.

In the ruling by PM Kamau, the court denied the application saying that that detaining the suspects for seven days would be unjustified.

“They will be detained at Muthaiga police station until Friday after which they will be released on a police bond of Sh30,000 each and there after they will report to the investigative officer daily to allow police complete investigations,” ruled Magistrate Kamau.

The court will give further directives regarding the case on January 12 pending the completion of investigations.