From An Egg Seller To Multi-Millionaire 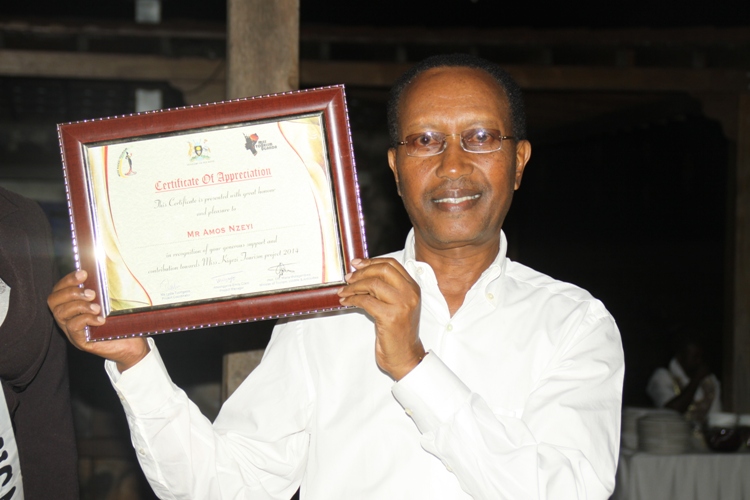 He started young and his persistence has paid off

Amos Nzeyi started his career in business at a very early age.

Because his father, who had 12 children, was only earning a minimum wage of Ugs5 a month, there was no money for his education. As such, he realised that he would need to help himself and began selling eggs to primary school teachers. Unfortunately, the teachers were not paying him and he had to quit this business and start selling ‘mandazis’ which was far more profitable. This enabled him to finance his primary education.

When he finished primary education, the cost of secondary education was even higher and without any means to finance his studies, he knew looking for a job was his best bet even if he didn’t have the required papers.

Fortunately, in 1968, he got a job in an Israeli company called WRD which had won a tender to build a tarmac road from Kabale town to Ntungamo. He was employed as a spanner boy, earning between Ugs 40 cents to Ugs125 cents per hour and he would work for more than 16 hours a day.

Being a hard worker, it didn’t take long before he was promoted, working on many different road construction projects in Central and Western Uganda.

In 1973, Nzeyi had saved enough money to go into business. He quit his job, bought a pick-up truck and started supplying various goods to schools.

It was while he was in this business that he discovered a large timber mill in the Western region that had stock but had no market. He seized the opportunity and using the additional vehicles he had bought as his business grew, he started supplying timber to Kampala for the construction industry.

Before he knew it, he was the biggest supplier to the National Housing and Construction Corporation (NHCC). This business grew and led to him acquiring agencies with Chillington Tool Company and Madhvani Group where he bought commodities that he supplied to shops in the South West region of Uganda.

With the profits, he was able to engage himself in sports activities; one of them being motor rallying where he became famous after winning the 1976 OAU Rally that covered Uganda, Sudan, Congo, Rwanda and Kenya with the exception of Tanzania due to a sour relationship between the two nations at that time. He says he was very happy to have won that rally because the prize was a brand new car which had been donated to Uganda Motor Club by then President Idi Amin Dada.

Shortly after that though, he was picked up and taken to the infamous State Research Bureau (SRB) for interrogation where, to his surprise, he was asked to explain how he had won the car. Luckily for him, while he was there, he met a former classmate, Jackson Kyarikunda, who took a statement from him and aided his release.

After that experience, he moved his trucks and family to Nairobi. A few years later, he came back to Uganda and continued his business using hired trucks. The situation in Uganda though became more and more unstable and he had no choice than to move back to Kenya on a permanent basis.

In Kenya, Nzeyi used his tracks to venture into the transport business ferrying goods from the Kenyan port of Mombasa to Rwanda, Burundi and Zaire (now DRC). A long term contract that he acquired with Transintra, a Belgian firm, expanded his business and together with Kenyan business mogul Chris Kirubi and another partner, he started a company called Intercontinental Transporters. For the next 10 years, they grew their fleet to 60 trailers and were transporting goods across Eastern, Central and Southern Africa.

In 1983, he sold his stake in Intercontinental Transport and moved his family to the United Kingdom to take care of his son Arthur who’d developed an illness that required specialised medical treatment.

To support his family in the UK, Nzeyi started investing in real estate. He would buy dilapidated flats, renovate them and sell them at a minimum profit. He did this for some years until 1986 when the National Resistance Movement came to power after a five-year bush war.

The same year, he returned to Uganda. Upon his arrival, he spotted an opportunity to enter the baking industry as all bread was being imported from Kenya. Hot Loaf Bakery Limited was born and today is one of Uganda’s biggest bakeries with an annual turnover of over US$50 million.

Around the same time, he discovered that there was a serious shortage of beer and soft drinks due to lack of bottle tops which came from South Africa and UK. This led to the establishment of Crown Corks Uganda Limited in February 1989 and he began supplying bottle tops to the beverage industry.

In 1993, the government decided to privatise parastatals which included Lake Victoria Bottling Company,the bottlers of Pepsi products in the country.

He remembers very well how he used to travel to the UK several times to secure a letter of intent from Pepsi Company International which would enable him to secure the franchise to bottle their products in Uganda.

He returned to Uganda to tender for the assets of Lake Victoria Bottling Company. Fortunately, he won the tender and together with two other business partners, Chris Kayoboke and Margaret Kigozi, they began bottling Pepsi products in 1992 under a newly established company called Crown Beverages Limited (CBL).

He says they injected about US$15 million to jump-start operations but they did not find it easy in the market because, they could not sell their products in some parts of the country like in the North due to insecurity.

To make things worse, the production line they were using was not up to standard. They had about 120 employees and business was slow.

However, today, the company commands about 60 percent of the market share in Uganda’s soft drinks industry and they are looking forward to grow it to more than 80 per cent in the next five years by expanding distribution channels and coming up with more innovative products. Their annual turnover is US$100 million and they have about 700 employees.

Nzeyi says that in the last two decades, the  company has made heavy investments to the tune of more than US$500 million into new products and a bottling line, creating demand and loyalty for their brands which includes Keringet water, Pepsi, Mirinda, 7Up and Mountain Dew, to mention a few.

“The last 20 years have been a great experience. We believe we have set a more solid foundation on which we shall build an even greater company over the next 20 years so as to leverage growth opportunities within Uganda. I have no doubt that with support from Pepsico, a dedicated local team as well as the huge love from our consumers, the next 20 years will even be greater,” concludes Nzeyi.

Nzeyi has a huge passion for the game of golf which has led him to develop and establish Palm Valley Golf and Country Club. The club serves as a training academy for young golfers aspiring to compete at national, regional and international level.

Due to his passion, in 2011 he was elected president of Uganda Golf Union. During his two-year tenure, he was credited with reviving a number of rundown courses throughout the country as well as promoting youth golf in the country.