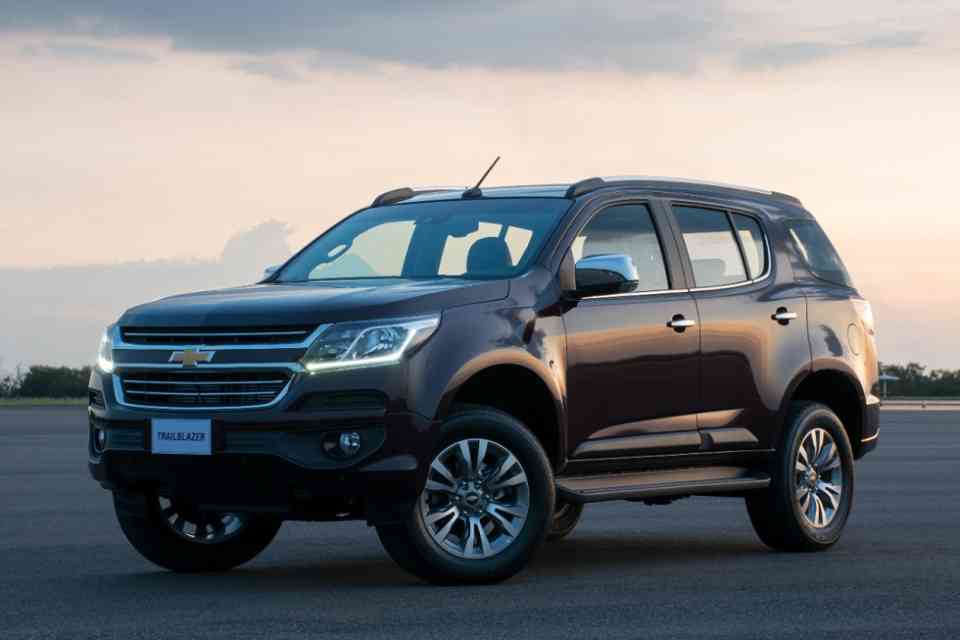 With a stylish and commanding presence, GM has pulled a fast one on the motoring world with some sneaky and technological advanced design cues in this new Chevy

The automobile industry in east Africa has been experiencing steady growth, and is considered as one of the most dynamic sectors of the region’s economy competing on pricing and brand reputation.

This growth can be attributed to the rise of the luxury vehicle market, especially in Kenya.

According to figures from the Kenya Motor Industry Association (KMI), a total of 19,524 new vehicles were sold last year up from 17,296 vehicles in 2014. The demand for luxury cars improved significantly in 2015 contributing to an increase in the overall number of cars sold in the Kenyan market.

In a bid to tap in on this growing car segment, vehicle manufacturer General Motors East Africa (GMEA) has launched the new Chevrolet Trailblazer 2017 model as it also seeks to grow sales in the competitive Sport Utility Vehicle (SUV) market.

“The new model is a response to customer feedback and the need to introduce a superior vehicle with exciting new features,” said Rita Kavashe, GMEA Managing Director, who was speaking during the launch of the new machine at the Chevrolet show room.

Kavashe says the new vehicle is positioned for the luxury vehicle market segment, which as of last year had grown by 4 per cent.

General motor’s total global vehicle sales in the previous fiscal year was 9.8 million, a 0.2 per cent up in a third consecutive year of record sales.

“With rapid urbanization, increasing disposable income in the middle class and infrastructure developments in the last few years, demand for luxury vehicles is increasing in the Kenyan market” says Kavashe.

Rita described the MY2017 Chevrolet Trailblazer as the ultimate SUV for the modern family and the vehicle of choice for anyone looking for a premium vehicle that meets their lifestyle needs.

This tough yet comfortable SUV has been equipped with advanced technological features that will offer new and exciting experiences to meet the needs of increasingly discerning drivers.

Offering an array of safety features, the MY2017 Chevrolet Trailblazer has been ranked as the safest SUV in the industry unrivalled by any other SUV. 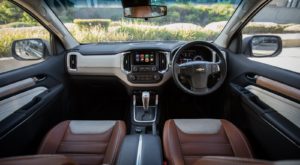 The new seven-seater Chevrolet Trailblazer is an improvement on what was already an impressive offering, coupled with an advanced safety features, improved noise, vibration and harshness, as well as enhanced ride and handling.

The Chevrolet face has become a familiar one on east African roads. The trademark ‘bowtie bar’ is now wider. Upper and lower grille sections now run the full width of the nose and have a series of bolder, horizontal, slats.

One compelling feature of the model is the Chevrolet MyLink navigation and multimedia system, an 8-inch colour touch-screen display, which provides easy access to an advanced infotainment system that can be activated through voice command. It also enables consumers to use smartphones and associated applications effortlessly and seamlessly once connected via USB.

Under the hood of the new Trailblazer, consumers will note that the power will be garnered from a 2.8 litre Duramax Turbo-diesel (VGT) that is capable of delivering upwards of 200 brake horsepower.

It boasts of 144 kW, and a class leading 500 Nm of torque and a six-speed automatic gearbox, thus enabling it to tackle even the toughest on-road as well as off-road challenge.

Brakes are armed with four-channel ABS with electronic Brake Force Distribution on all models. It is fitted with an all new Electronic Power Steering (EPS) system. The new EPS system features Active Pull and Smooth Road Shake Compensation, which makes it smoother and for a more refined driving experience.

The trailblazer’s power steering control module employs active controls to sense and reduce the periodic torque component applied to the steering wheel caused by front wheel imbalance. This software feature will compensate for a specific range of imbalance. If the imbalance is above a certain level, the power steering control module will disable the smooth road shake compensation software feature.

Maximum visibility is ensured thanks to daylight running lights, which are of the powerful light-emitting diode (LED) type in the case of the SUV. 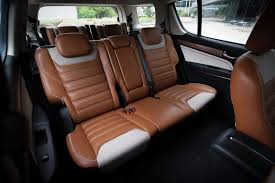 Inside, the trailblazer boasts of a newly designed dashboard and front console with a contemporary upmarket feel, enhanced by soft-touch materials and contrast stitching.

The vehicle is well suited to both the urban commute and long cross country adventures. It has all the comfort and convenience features expected from a luxury SUV of this size, including no fewer than five points for charging devices and eight cup holders.

The focus of the trailblazer’s cabin is the unique adjustable air conditioning for passengers in all three rows.

Additionally, the new trailblazer offers a more premium look and feel. This has been achieved with more widespread use of soft-touch materials and updated satellite controls on the leather-rimmed steering wheel.

Another unique feature in this SUV model is a Remote Vehicle Start, which allows the vehicle to be started from outside using the buttons on the key fob. In this mode, the vehicle remains locked and cannot be driven until the key is inserted into the ignition slot.

The Chevy benefits from an array of the latest safety technology with an addition of a rear mounted camera fitted with a parking assistance, cross traffic alert system, forward collision alert, lane departure warning and tyre pressure monitoring system giving it one of the most comprehensive driver aid packages available at this level.

At KSh 5.91 million (US$ 59,100), the Chevrolet Trailblazer 2017 is priced closer to Toyota Fortuner and the Pajero Sport. This new model will be available at all General Motors (EA) dealers in the region.

The University That Produces Superstars