- Gor Mahia have signed a three-year deal with Betafriq as their official sponsor - The football club has signed a deal worth Ksh76.5million, inclusive of Ksh5million for Kitting and Ksh1.5million for players' insurance. 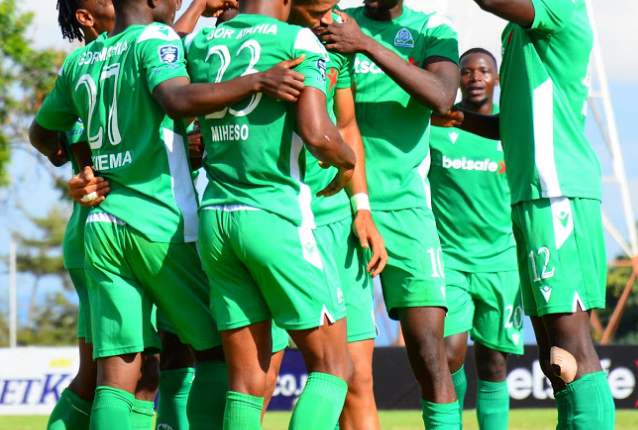 The three-year deal worth Sh76.5million yearly will go along well in helping the cash-strapped club run its operations.

The latest development and perhaps good news to K’Ogalo stakeholders is coming just less than a month after their previous sponsorship deal was terminated – with challenging economic times being cited.

In a three-year contract deal worth Sh76.5 million, Gor Mahia have nailed a big boost with a gaming firm in what is viewed as the biggest sponsorship deal ever for the 19-times champions. 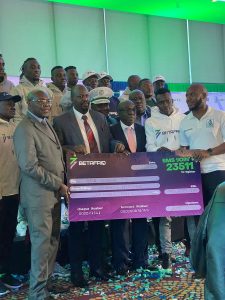 The sponsorship deal comes as a sigh of relief for K’Ogalo who are reeling from the tight financial times coupled with Fifa transfer bans and the club chairman Ambrose Rachier says it will cushion the club a great deal.

“We are happy to have a new partner as our main shirt sponsor on a three year deal with yearly review clauses. This is after concluding our recent negotiations which saw us reach a total deal of The KSh76.5 million per year – with Sh5m going to kitting and Sh1.5 for our players’ insurance. This will cushion the club financially as we’ve had some tight times in those circles.

Betafriq Chief Executive Officer Craig Oyugi says they are honoured to partner with the club.

“True to our principle of supporting local initiatives, Gor Mahia is a local club that we are honored to be associated with,” noted Oyugi.

According to the sponsors, the aim is to revive interest in Kenyan football.

“We hope to revive interest in Kenyan football by being associated with Gor. We believe this will have a cascading effect across the league and spur more sponsorships from like minded business, further elevating Kenyan football.

“We aim at supporting as many local sporting initiatives as is financially and logistically possible,” added Craig Oyugi.

AFC Leopards have also inked a deal with the gaming firm to a tune of Sh60 million annually and is expected the two parties will formally announce the arrangement this week.

The two clubs previously shared a shirt sponsor who terminated the deal with two years left in the contracts. Under the partnership, Gor received Sh55 million every year with Leopards getting Sh35 million – a figure that was later slashed by 50pc due to Covid-19 pandemic challenges before the parties eventually parted ways.

By Citizen Digital for The East African Business Times.